The virtual show aims to support Black creators by giving a platform to designers with diverse backgrounds.

Dubbed “the Fab Five”, many of the the Africa-born designers moved to Italy at a young age. They faced considerable obstacles on their road to recognition, with some working in low-paying jobs to finance their passion.

DW takes a look at the debut designers and their journeys to Milan Fashion Week.

‘I’m not an ethnic designer’

Joy Meribe, a 43-year-old designer who was born in Nigeria, said she decided to leave because “designers have no status” there.

After coming to Italy, Meribe said she faced an uphill battle to gain recognition.

“As a woman and an immigrant in Italy, I had to work twice as hard to prove that I have the same skills as the others,” the designer told news agency AFP. 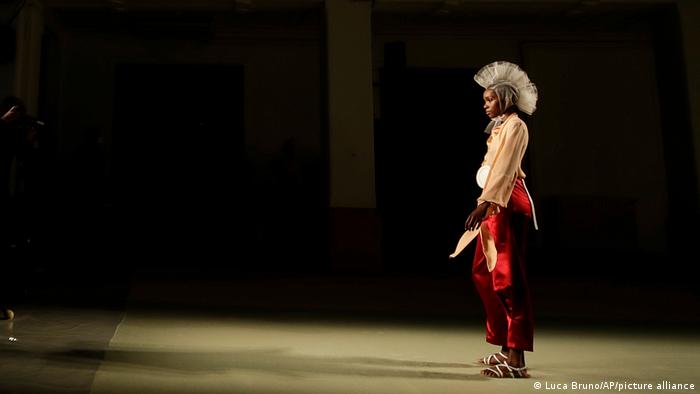 She studied for her master’s in international business in Italy, where she worked as a cultural mediator. “I’m not an ethnic designer, I live in Italy, I studied in Italy and I produce in Italy,” Meribe said.

Her inspiration is “strong, intelligent African women, like my grandmothers.”

Meribe’s designs feature references to African culture and style through patterns, yet they are influenced by Western fashion.

‘You know you are Black?’

Born in Cameroon, 29-year-old Gisele Claudia Ntsama has long dreamed of becoming a designer in Italy.

In 2012, Ntsama moved to Italy after eight years of learning Italian. She worked as a cleaner until she received her design diploma from Bologna.

“When I told friends in Cameroon that I wanted to travel to Italy to become a fashion designer, they said, ‘Why are you going to study fashion. You know you are Black? What Italian fashion house is going to hire you?'” Ntsama told The Associated Press.

“It is always in people’s minds that fashion is for white people. No and no and no!” 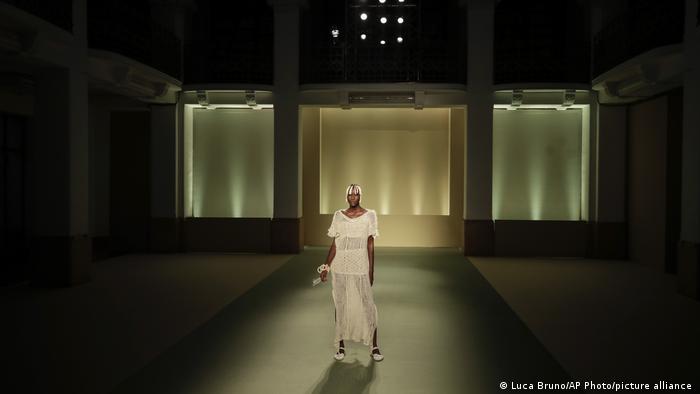 ‘This is a rebirth’

Fabiola Manirakiza is a 50-year-old designer who was born in Burundi, but came to Italy as a child. Italian nuns in her school taught her how to sew.

In 2016, she founded her label Frida Kiza in Italy after initially training to become a doctor.

Manirakiza describes her designs as a “mix between Africa and Italy.” Botticelli’s painting, “Primavera”, inspired her silk scarves with Masai prints.

“In general, we are ignored, we are invisible. But this is a rebirth,” she told AFP. 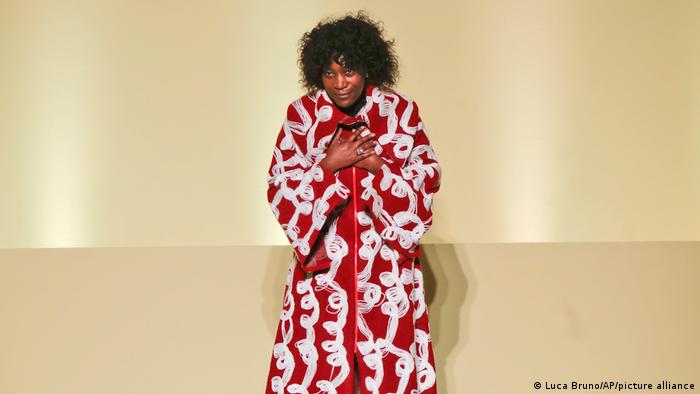 Fabiola Manirakiza first trained as a doctor before turning to fashion

Morocco-born Karim Daoudi is another designer in “the Fab Five” who arrived in the shoe-making town San Mauro Pascoli in northern Italy when he was 13.

He picked up the local craft and created his collection of high heel sandals and boots after working with companies like Chanel and Hermes.

Daoudi said that the bright colors he used in his collection reminded him of Morocco. He works as a postman to finance his designer dreams. 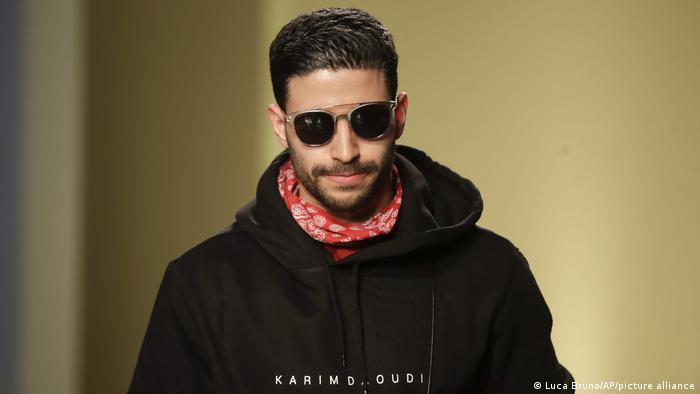 ‘They are works of art’

Mokodu Fall is a designer born in Senegal who also brings his African identity into his creations.

The 45-year-old artist worked as a cartoonist, actor, painter and now a designer of up-cycled garments. His textiles are hand-painted with African-inspired images.

“My collection reflects my African origins,” he told AFP. “They are works of art that I transpose onto clothes.” 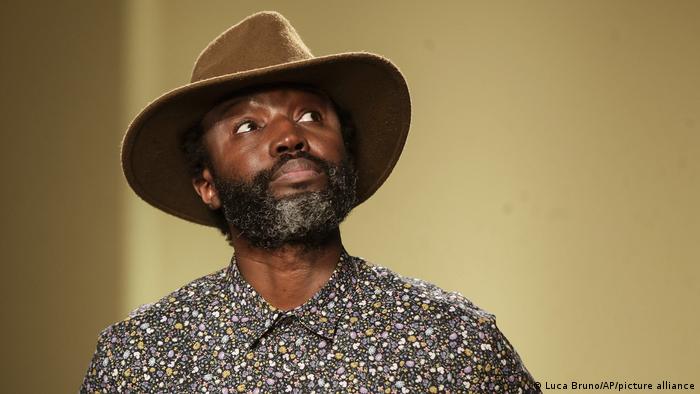 After working as a cartoonist and a painter, Mokodu Fall now applies his artistic skills to his fashion designs

How did the line-up come about?

The designers showed five looks on the runway, with most of the Milan Fashion Week shows taking place online this year due to the pandemic. 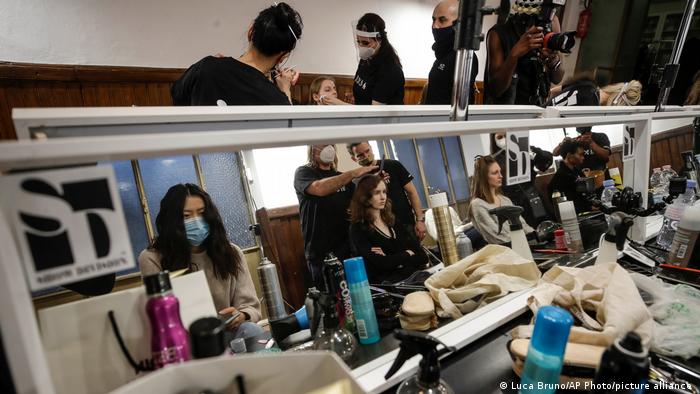