How Black Panther film inspired this man to build… 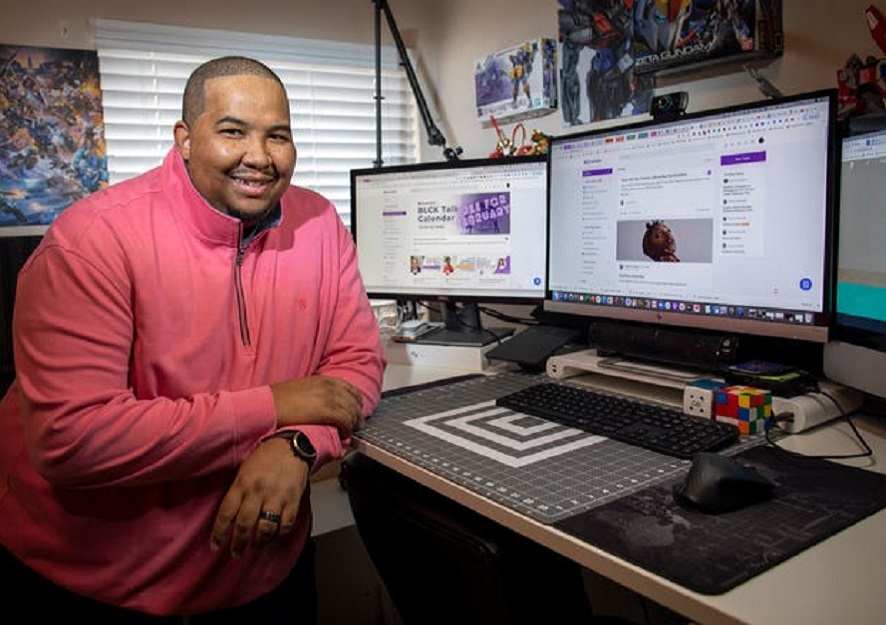 The “Black Panther” movie has inspired many initiatives to empower African Americans and Blacks in general. Columbus-based entrepreneur Maurice Womack was moved by the Marvel film to co-found with his wife an educational eco-system for black learners called the Wokanda APP.

The platform was launched on February 1 and houses a group of experts who are committed to educating subscribers on topics such as entrepreneurship, finance, health care and other topics through BLCK (Bite-sized Learning & Community Knowledge) Talk. What’s more, the topics will be taught by all Black experts.

“We’re really focused on empowering the Black community,” co-founder Maurice Womack said, according to bizjournal. “We’re using African American experts to reach the African American community. We’re trying to create a community where you’re learning from people who are recognized experts in their field, who are teachers that look like you. We as a community have a lot to offer each other.”

Aside from providing education to members, the communal platform also seeks to encourage lasting personal and professional relationships. On its website, Wokanda says its “mission is to empower the Black community with knowledge, ideas, and connections to one another.”

“We truly believe in the mantra that ‘Knowledge is Power’ and we are providing a platform to facilitate its distribution. We’re building a library of knowledge from a nation of subject matter experts and a community of learners to engage with each other and information.”

Some of the experts on the platform include Barbara Fant, a poet; James Rose III, an investor; Dawn Carpenter, a finance expert and Tracie Cleveland Thomas, executive director. Others include Evelyn Sullen Smith, an attorney and Joe Moss, an entrepreneur.

“(We’re) really trying to creating a long-term community resource around learning and around the topics that matter to us from leaders around the community who are important to us as experts,” Womack told The Columbus Dispatch.

Explaining the rationale for the name of the platform, Womack said the platform derives its name from the word “woke” and Wakanda, the fictional Africa country of superhero Black Panther.

“If you think of Wakanda, it’s the pinnacle of Black success,” Womack told bizjournal. “It was this idea of working together, being able to empower ourselves with our own knowledge and our own community. I think in one word, it embodies what we’re trying to do.”

Womack said he and his wife started the Wokanda platform after the failure of their STEM education consulting company. The web services interactive platform targeted children in under-resourced areas of science and technology-based coursework.

“People are accustomed to using Zoom now because of the pandemic, so it’s not as hard of a sale,” Womack told The Dispatch. “But these experts happen to be Black people, and they’re teaching culturally responsive topics in a way that’s familiar to us.”

The Wokanda app works through registering and paying up a membership fee which ranges from $14.99 for current students and $19.99 a month for others. Womack said his goal is to reach at least 1,500 registered members before the end of 2021.

Tanzanian medics remove toothbrush from old woman’s stomach after she swallowed it while brushing
No one ever played better than Briana Scurry, the first Black woman to be elected to the National Soccer Hall of Fame