Inspired by Floyd protests, this man left his corporate job of 12 yrs to create the first Black-owned cereal

Inspired by Floyd protests, this man left his corporate… 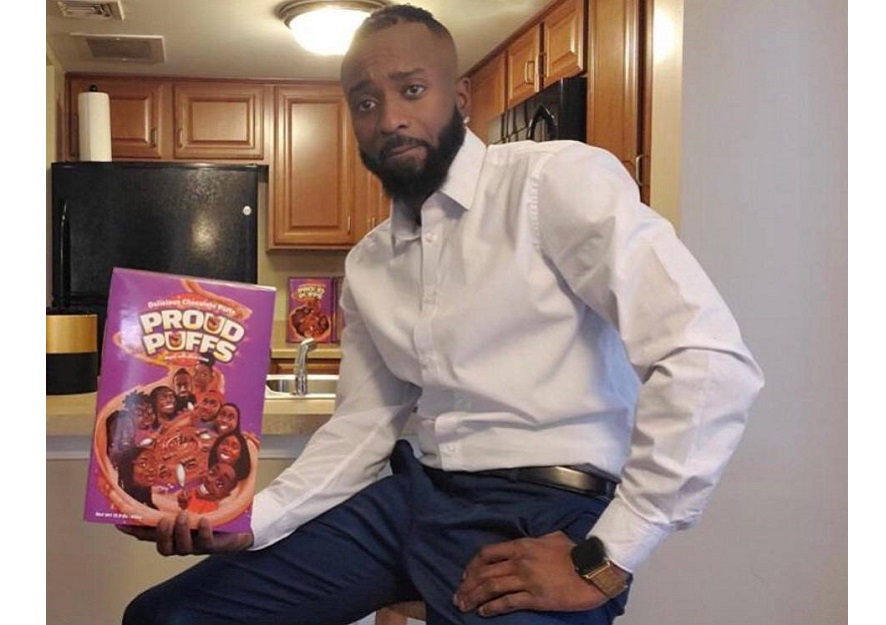 During the nationwide protests following the murder of George Floyd, Nic King thought hard about how Black voices could be amplified. Multiple publications have underscored the fact that the Black community has been underinvested and Black businesses struggle to raise venture funding to expand their operations.

King recalls on the Kelly Clarkson Show that he was emotionally charged, just like the majority of the protestors who took to the streets to protest Floyd’s unjust killing. In the midst of the chaos, that was how King got a business idea to found a cereal company called Proud Puff cereals, a vegan, gluten-free chocolate-flavored cereal that comes in the shape of a Black fist. He had left his corporate job of 12 years.

“It came to me through divine inspiration,” King said. “Summer of 2020 during the George Floyd protests, just like very one else, the world looked emotionally charged, I couldn’t sleep it was 3am and it was like someone whispered to me, it sound bizarre but I woke up and I thought Cereal company.

“Just like everybody else my age, I grabbed my phone and I am scrolling through social media and there was a lot of anger, a lot of sadness we’ve seen a lot of protest but there was also company initiatives, going forward how they are going to amplify black voices as well as ensure diversity, inclusion and equity.

“So I just Google Black owned cereal thinking it has to be there. And to my surprise, it wasn’t there and from there I was like wow this is my opportunity not to just wait for the change to happen but to actually be the change,” he said.

King touts his business as the first Black-owned cereal in America. According to him, since he launched his cereal the feedback has been overwhelming. Despite the early signs of promise, the Black entrepreneur notes that there are still hurdles to overcome, one being large production to meet growing demands and putting his cereal on grocery shelves.

“I’ve been reaching out to these brands, but I haven’t received any feedback. I guess it’s because I’m the new guy in town. So, I understand that. But, I’m focusing on [my] brand, just building with my community,” he said.

With Proud Puff, King is not only looking at creating jobs but also wants to showcase Black greatness. He decided to put his family on the cereal box. On the side of the box, he lists 20 influential Blacks across every sphere.

King is currently working on more cereal concepts and building up his brand despite the pandemic. “There’s a lot of systems that come to play. I have to get tested first before I can go to the office or the distribution facility. It’s definitely slowed down a bit, forcing me to go online a lot more. But, I’ve been building, and cultivating what I need to do organically to make the business rise,” he said, according to nbcnewyork.

Starting Proud Puff cereal was not King’s first attempt at entrepreneurship. He previously attempted launching a clothing line but was not successful.