Meet Jerry Lorenzo, the man behind the luxury streetwear brand ‘Fear of God’

Meet Jerry Lorenzo, the man behind the luxury streetwear… 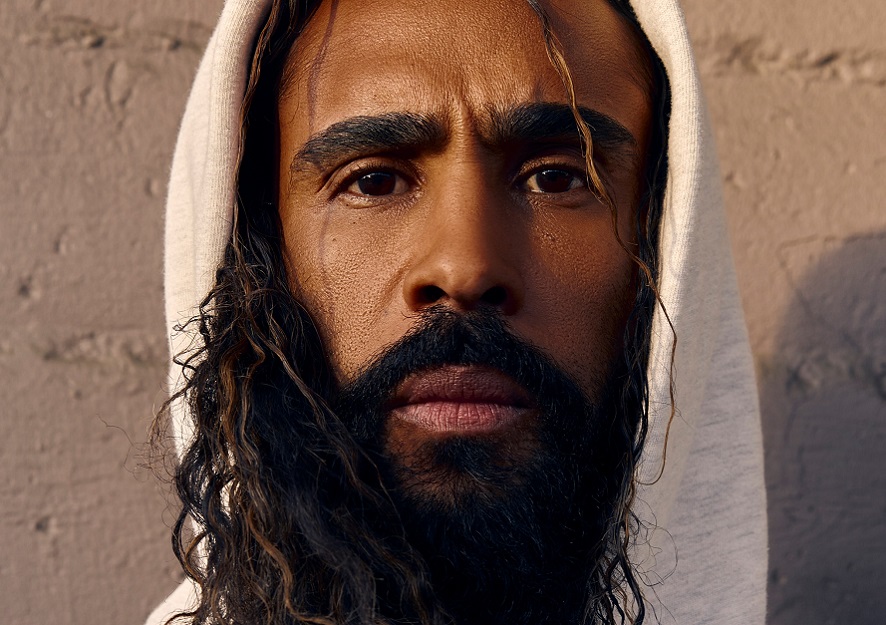 Before building his luxury streetwear brand, Fear of God, Jerry Lorenzo worked as a club promoter. With no prior knowledge in the fashion industry and nothing but a deep conviction to be a father his children can look up to, Lorenzo ventured into fashion and today he has one of the most sought-after deals with the second-largest sportswear company in the world, Adidas.

Born Jerry Lorenzo Manuel in Sacramento, California, Lorenzo’s family lived in renters a studio apartment even though his father, Jerry Manuel was a professional baseball player who now works as a TV baseball analyst.

He built his fashion brand in Los Angeles. But prior to that, he had moved to LA to pursue his MBA at Loyola Marymount during the day and worked at Diesel at night, mostly in the stockroom. Lorenzo had his moment one day on the sales floor and combined his knowledge of the products and his natural flair for sales to sell more than $5000 worth of merchandise.

He then left Diesel after a while on the sales floor to pursue a career as a sports agent. Even though that did not pan out, Lorenzo began unknowingly building his future clientele for Fear of God as he worked closely with the likes of Donovan McNabb and Dwayne Wade at an agency in Chicago.

Lorenzo moved back to LA in 2008 and that was when he worked to build his niche as club promoter under the brand name JL Nights with his focus on the products, getting people to freely walk into his parties because the brand was so strong.

That product-building mentality needed a new home after he became a father and felt it was time to leave the nightlife to pursue things of a higher purpose that his children will be proud of. He chose to use JL instead of his full name on the job because according to Allan Philips, he didn’t want to bring ‘shame to his father.’

Lorenzo took a leap of faith and launched his fashion brand in 2012 with $14000 in savings and after many people had taken a go at him sensing his lack of industry know-how.

“I literally knew nothing,” he says. “I didn’t know about production, seasons, how to make a pattern…. I felt like there was something missing in my closet. And if it was missing in mine, then it must be missing in yours, too.”

His biggest motivation was his family as his wife had recently delivered twins and he was now a father of three. Lorenzo’s acquaintance, Virgil Abloh linked him to Kanye West, and West, in turn, gave Lorenzo a shot they did a few collaborations on his Yeezy Season One and Yeezus tour merchandise.

To date, Lorenzo is grateful to West for having faith in him because that confidence gave him the push he needed.

“I believed in myself after that first meeting,” he says. “And I’m forever grateful to him for that.”

The Lorenzo-Bieber connection can only best be explained by Lorenzo himself. At the time, he had parted ways with Kanye and Bieber was in search of a unique style to match his album launch.

The air made a deep spiritual connection that wound u with Lorenzo designing all of Bieber’s 2016 Purpose World tour merch which went on to sell even more after the tour.

What seemed like little progress was the steady rise Lorenzo’s Fear of God brand needed following no industry-set rules. Lorenzo carved a niche for himself in fashion. Not following the norms drew in admirers as his focus was on creating a product that would sell itself.

Without any investors and working on a whim most of the time, Lorenzo built his high-end streetwear fashion brand on his convictions which have yet to fail him even though he admits it is a risk. When a collection fails, that could well be the end of his brand.

He, however, seeks to build a brand beyond what they see and consume now like the way players and caches alike were drawn to his parents when he was a child.

“I don’t have any investors or partners to answer to. There are no goals to meet. Everything we do is based on our conviction. But that also means that every collection is a risk. And if we miss the target, we’ve leveraged our whole company. Every collection could be the end of the brand if it’s not successful, Lorenzo said.

But believing in myself is all I really have. So, I’m just constantly fueling myself and improving the products, [which aren’t] based on trend, but my own life experiences,” he adds.

Then more collaborations came through for Lorenzo and his Fear of God brand, venturing into sneakers. His successful collaboration with Nike in 2018 was the first time the shoe giant gave “complete control of a silhouette to an outsider” which birthed a “court-ready basketball shoe, the Nike Air Fear of God 1.”

The 43-year-old’s final collaboration with Nike was in November 2020 after he had expressed his fears of their deal coming to close.

Not long after, like his mentor Kanye, Lorenzo signed a deal with Adidas. This means Lorenzo will now not only style these Al-list basketball players off the courts, but he also gets to decide how they look on court as well.

In December 2020, Lorenzo was made the head of the Adidas basketball division which birthed the third wing of his label, Fear of God Athletics.

“The partnership will also solidify the establishment and formation of the third pillar of the Fear of God house, Fear of God Athletics,” a press release reads.

“The new pillar will focus on performance basketball and active lifestyle products that complete Fear of God’s triune nature and compliments the brand’s other two pillars, Essentials and Fear of God’s luxury mainline.”

Lorenzo and his designs have over the years spoken to the soul of its consumer.

He has connected in so many ways with his customer base and his recent celebration of the centennial anniversary of the ‘revolutionary professional baseball Negro Leagues’ inspired by his childhood and his family history wit the game resonated with a lot of Blacks and deepened his roots in Black culture.

“The global impact that Jerry Lorenzo and Fear of God has had on culture and the industry is undeniable,” Brian Grevy, the Adidas executive board member responsible for Global Brands said.

This black-owned clothing built on convictions and trusting his visions is causing a much-needed revolution today in the Fashion world spilling over into sports and streetwear tin general.

“Jerry’s authentic connection to sport, deep understanding of the footwear industry and past, and ability to reinterpret heritage and visualize the future excites us. We look forward to working with him to inspire the next generation of basketball creatives, athletes and communities.”

Lorenzo is now one step closer to building his “Ralph Lauren-esque legacy” and staying true to his roots and his gumptions not kowtowing to the standards set by people but carving his own path. There is no stopping Lorenzo and the Fear of God brand now.