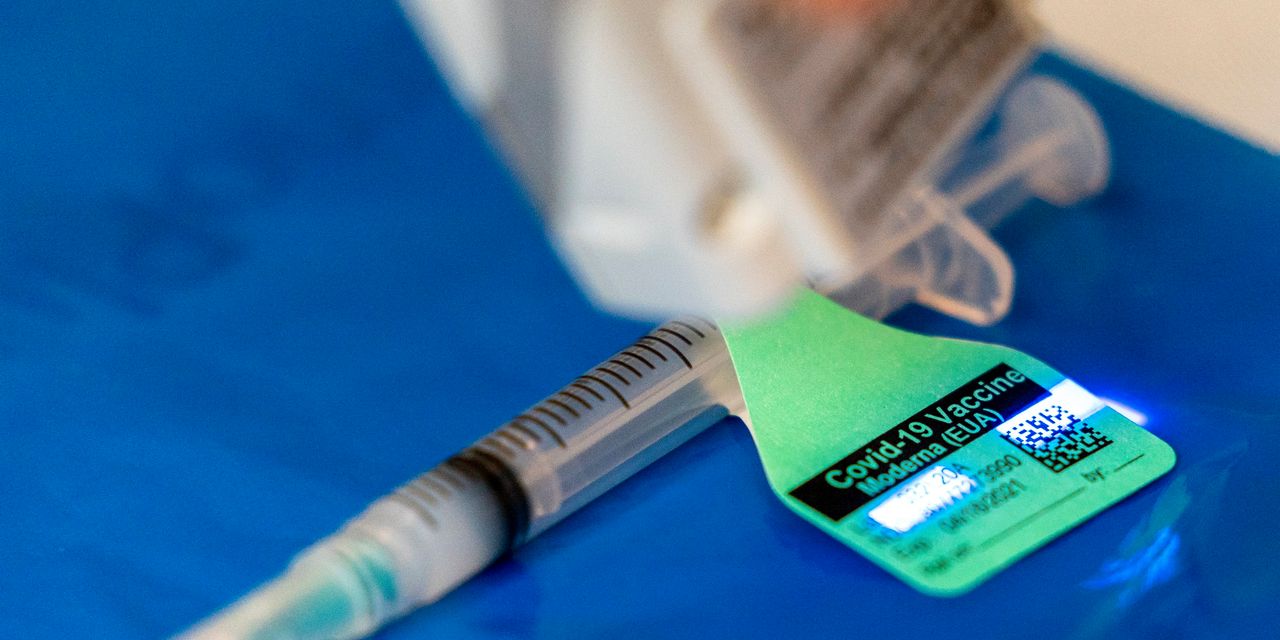 Moderna Inc. MRNA -3.58% said it has made the initial batch of doses of a new Covid-19 vaccine designed to better protect people against a new strain of the coronavirus that has shown some resistance to the company’s original vaccine.

The Cambridge, Mass., company on Wednesday said it shipped the new shots to the National Institutes of Health to conduct the first human study of the variant vaccine, which could start within weeks.

The new vaccine, code-named mRNA-1273.351, is designed to better match the virus variant that was first identified in South Africa but has since spread elsewhere.

Moderna, which makes the second Covid-19 shot authorized in the U.S., might be the first vaccine maker to have finished the laboratory work of designing a shot targeting variants that started spreading swiftly late last year.

Other companies including Pfizer Inc. and Johnson & Johnson have said they are tweaking their vaccines or working on boosters that better match variants. Older vaccines don’t appear to work as well against the strain first identified in South Africa, and difficult new strains could also emerge.

The chase marks a new phase in vaccine research to fight off the coronavirus, indicating that the effort could shift into a long-running contest between a changing virus and shots that can keep up, rather than a shorter push to end the pandemic once and for all.

Staying ahead of an evolving virus, health experts say, could prove crucial to permitting schools, businesses and other establishments to reopen and to easing other pandemic restrictions.

Covid-19 vaccines from other companies have shown reduced efficacy in studies in South Africa, and Moderna’s vaccine had a more muted effect against the variant in lab tests.

People who previously received two doses of Moderna’s original Covid-19 vaccine will be given the new shot, and researchers will track the vaccine’s safety and ability to induce an immune response to the new variant, Moderna said.

If test results are positive, Moderna will seek U.S. regulatory authorization for the new vaccine, which could happen in the third quarter, Chief Executive Officer Stephane Bancel said in an interview.

“Moderna is going to keep chasing those variants of concerns until this pandemic is fully under control,” Mr. Bancel said. The National Institute of Allergy and Infectious Diseases, which is part of the NIH, said Wednesday it is planning to start enrolling volunteers for a Phase 1 clinical trial of Moderna’s variant vaccine in March.

Moderna produced doses for testing about a month after it first said it would develop a modified vaccine against the new variant. Mr. Bancel had said the company could move quickly to make a variant-focused shot, because the messenger RNA technology it uses allows rapid design and quick manufacturing of new or modified vaccines. The technology effectively lets Moderna plug in the variant’s genetic sequence to design a vaccine.

Moderna is now following an approach similar to a year ago, when it worked with the NIH to quickly design a new vaccine against the original coronavirus and then to manufacture doses for an NIH-led human study.

In January, Moderna said lab tests showed that its original vaccine still appeared to be protective against the strain first identified in South Africa, but the shot’s potency was reduced.

The company envisions three potential approaches to a vaccine boost that better protects people from the strain, Mr. Bancel said. One, which Moderna already has started testing, is to add a third shot of its original two-dose vaccine, though at a lower dosage. The second approach is to give the new vaccine as a booster to those who received two doses of the original shot.

The third approach is a “multivalent” booster shot that combines Moderna’s original vaccine with the one targeting the variant into a single shot. Moderna will also explore providing both vaccines to people who haven’t yet received any Covid-19 vaccinations, Mr. Bancel said.

Get an early-morning briefing about the coronavirus each weekday and a weekly Health newsletter when the crisis abates.

The U.S. Food and Drug Administration said this week that it planned to evaluate any variant vaccine booster shots quickly and wouldn’t require large efficacy trials for authorization.

Separately, Moderna said Wednesday that it is expanding production capacity and now expects to make about 1.4 billion doses of its Covid-19 vaccine in 2022. The output could be higher if the production includes making shots at lower doses, such as potential boosters.

For 2021, Moderna raised the low end of its projected production to 700 million doses from 600 million, and the company continues to try making up to one billion doses.

Write to Peter Loftus at peter.loftus@wsj.com