Olympian Tommie Smith, who took a stand in 1968 and was punished, graces cover of Wheaties cereal box

Olympian Tommie Smith, who took a stand in 1968… 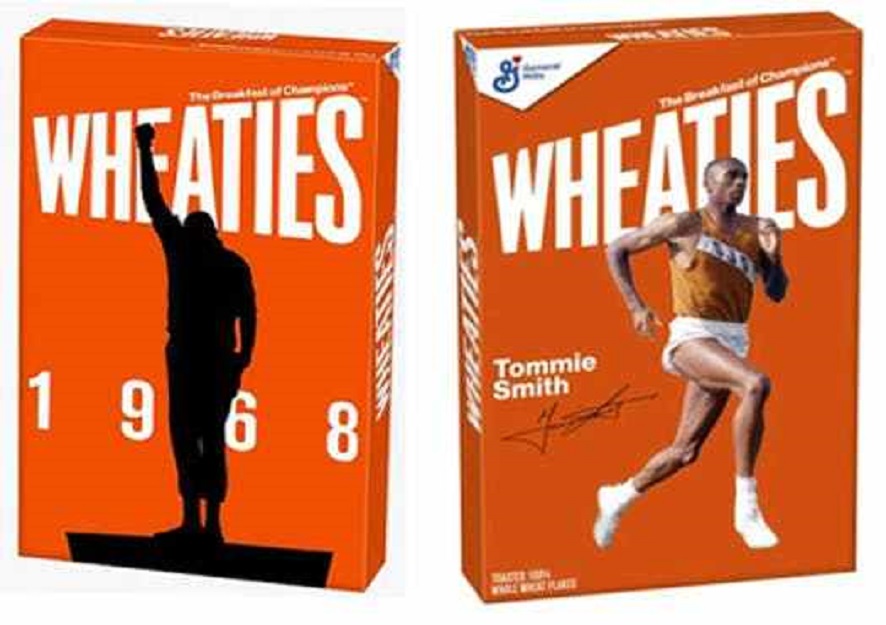 Tommie Smith, one of the Olympic Gold medalists who raised a black-gloved fist at the 1968 summer Olympics in Mexico City, in what has become known as the “Black Power” salute, is being honored on a limited edition of ‘The breakfast for Champions’, Wheaties.

The silent protestor, whose bold statement on racial inequality in America and a pioneer athlete activist is now a part of the many athletes that the General Mills brand has paid tribute to in the last 86 years.

Photos of Smith will be put on the limited-edition of the cereal box which will sell online at $5 and all proceeds will go to the NAACP, the nation’s long-time advocate of civil rights for Black Americans. Advance sales which opened last Friday are ongoing with shipments expected to be made in April.

Smith appears on both sides of the box. One side showing the iconic fist raised and the other showing the gold medalist in full sprint.

“As a world champion, I always wanted to be on a Wheaties box,” the 76-year-old Smith said in a statement released by the retail food giant. “To now be recognized by Wheaties and selected to grace the cover of their box, in the class with other great champion athletes, is an honor.”

On the morning of October 16, Smith won the 200m race, setting a world record of 19.83 seconds. Australia’s Peter Norman came in second, with American John Carlos coming in at third. As a custom, the three athletes went to the podium to accept their medals.

Smith and Carlos did not wear shoes on the podium. Instead, they wore black socks to represent Black poverty. Smith also wore a black scarf to highlight Black pride.

“While Tommie was a world champion runner, his work as one of the original activist athletes laid the foundation for champions to use their platform and stand for something extraordinary,” Wheaties executive Taylor Gessell said in a statement released by General Mills.

The photo of the iconic, black-gloved protest was taken by John Dominis, and still resonates heavily to this day. Smith said that the raised fists were not a Black Power gesture but a “Human Rights” salute.

The acts cost them a whole lot. They were met with abuse and death threats for their brave action and they were subsequently dismissed from the team.

Fast forward to 2005, the pair were honored with a 22-foot statue of one of the most iconic moments in black history in the United States. It was unveiled at San Jose State.

Then 51 years after receiving their medals from the podium in a silent protest, the U.S. Olympic Committee in 2019 inducted the duo into the U.S. Olympic and Paralympic Hall of Fame on November 1 that year for their “character, conduct and off-field contributions,” according to USA TODAY.