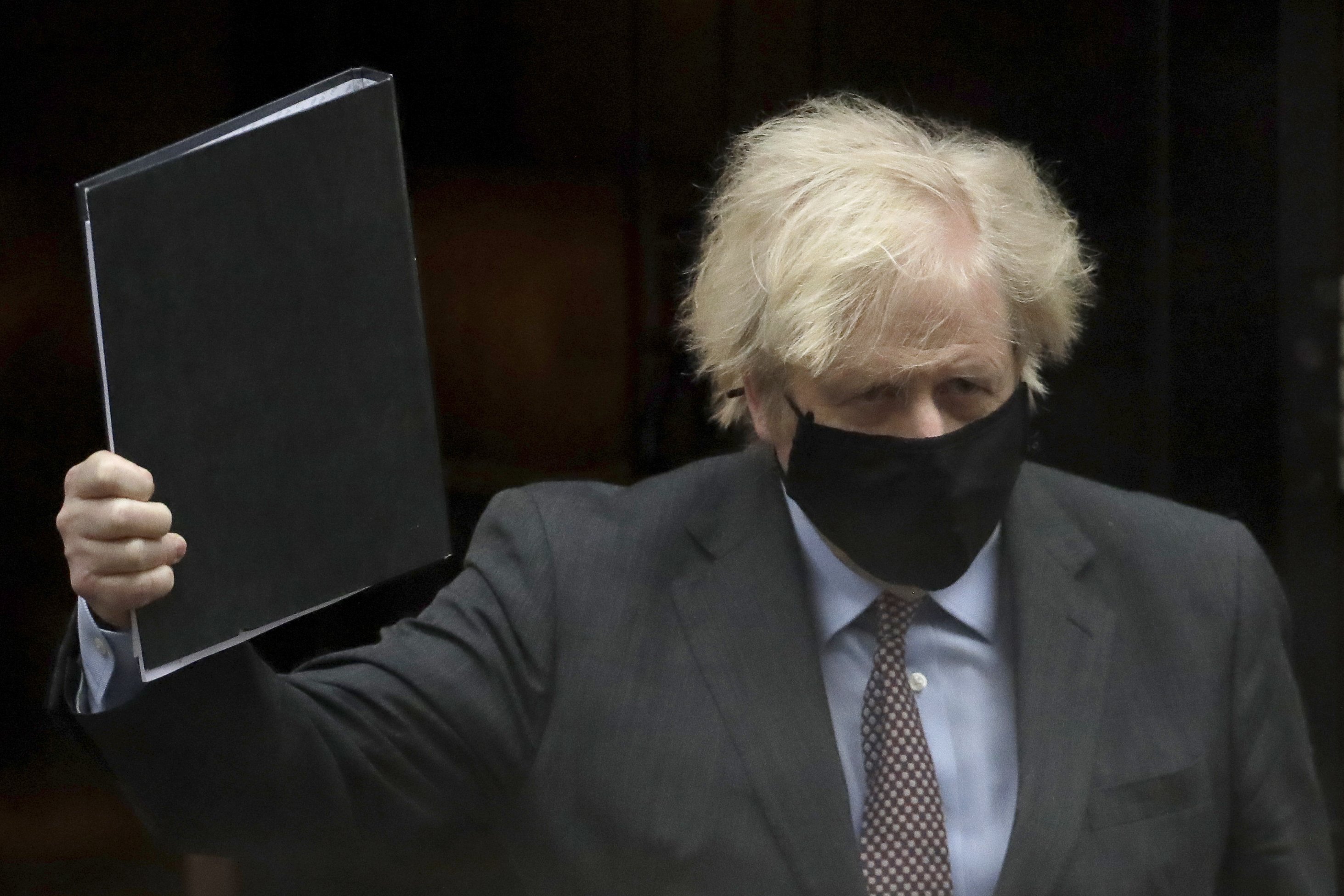 LONDON (AP) — Children in England will return to class and people will be able to meet a friend outside for coffee in two weeks’ time, Prime Minister Boris Johnson announced Monday as he announced a slow easing of one of Europe’s strictest pandemic lockdowns.

But those longing for a haircut, a restaurant meal or a pint in a pub have almost two months to wait, and people won’t be able to hug loved ones that they don’t live with until May at the earliest.

Johnson said the government’s plan would move the country “cautiously but irreversibly” out of lockdown.

“We’re setting out on what I hope is a one-way road to freedom,” he told lawmakers in the House of Commons.

Britain has had Europe’s deadliest coronavirus outbreak, with more than 120,000 deaths,. Faced with a dominant virus variant that scientists say is both more transmissible and more deadly than the original virus, the country has spent much of the winter under a tight lockdown — the third since March 2020. Bars, restaurants, gyms, schools, hair salons and nonessential shops are closed, people are urged not to travel out of their local area and foreign holidays are illegal.

That will begin to change, slowly, on March 8, when children go back to school and people are allowed to meet one friend or relative for a chat or picnic outdoors. Three weeks later, people will be able to meet in small groups outdoors for sports or relaxation.

Under the government plan, shops and hairdressers will reopen April 12. So will pubs and restaurants, though only outdoors. Indoor venues such as theaters and cinemas, and indoor seating in bars and restaurants, are scheduled to open May 17, and limited crowds will be able to return to sports stadiums. It is also the earliest date Britons may be allowed foreign holidays.

The final stage of the plan, in which all legal limits on social conduct are removed and nightclubs can reopen after 15 months of closure, is set for June 21.

The government says the dates could all be postponed if infections rise.

The measures being announced apply to England. Scotland, Wales and Northern Ireland all have slightly different lockdowns in place, with some children returning to class in Scotland and Wales on Monday.

Hopes for a return to normality rest largely on Britain’s fast-moving inoculation program that has given more than 17.5 million people, a third of the country’s adult population, the first of two doses of vaccine. The government aims is to give every adult a shot of vaccine by July 31.

Johnson said vaccines would help Britain put “a wretched year” behind it.

But the government cautions that the return of the country’s social and economic life will be slow. Johnson’s Conservative government was accused of reopening the country too quickly after the first lockdown in the spring and of rejecting scientific advice before a short “circuit-breaker” lockdown in the fall.

It does not want to make the same mistakes again, although Johnson is under pressure from some Conservative lawmakers and business owners, who argue that restrictions should be lifted quickly to revive the battered economy.

The Conservative government — in normal times an opponent of lavish public spending — spent 280 billion pounds ($393 billion) in 2020 to deal with the pandemic, including billions paying the salaries of almost 10 million furloughed workers.

The government says further easing will depend on vaccines proving effective at lowering hospitalization and deaths, infection rates remaining low and no new virus variants emerging that throw the plans into disarray.

Johnson said that even with vaccines, reopening society would inevitably lead to more infections and deaths.

But, he added, “we cannot persist indefinitely with restrictions that debilitate our economy, our physical and mental wellbeing and the life chances of our children.”

Authorities are eagerly awaiting data on the impact of vaccination on infections, hospitalizations and deaths.

A Scottish study released Monday found that the vaccination program had led to a sharp drop in hospitalizations. Scientists from the University of Edinburgh, the University of Strathclyde and Public Health Scotland found that in the fourth week after an initial dose, the Pfizer-BioNTech vaccine reduced hospital admissions by as much as 85% and the Oxford-AstraZeneca vaccine shot cut admissions by up to 94%.

Scientists said the results were encouraging, but cautioned that the study did not assess whether people who have been vaccinated can still pass the virus on to others.