The friends who got into the multi-billion-dollar eyewear industry… 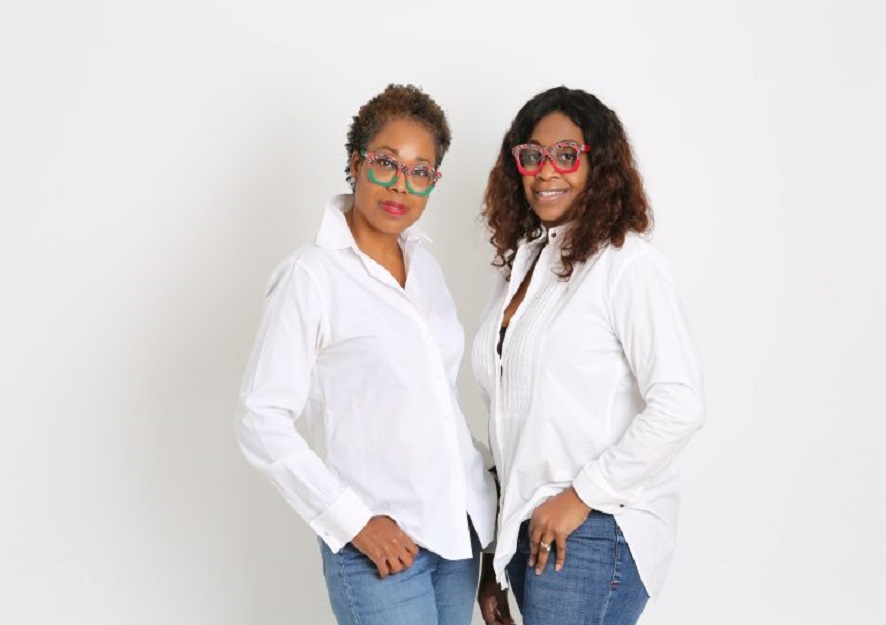 Two long-time friends Tracy Vontélle Green and Nancey Harris have started their own luxury eyewear brand after they realized African Americans are underrepresented in the multi-billion industry.

Coincidentally, it took the pair losing their old pair of expensive glasses to search the market for a more ethnic- friendly and colorful brand that is black-owned and reflects their culture to replace their lost ones but there was none.

“After searching high and low for glasses that were stylish and had an ethnic flair, we realized they simply didn’t exist.” Harris says, “That’s when Tracy suggested we start our own line.”

Vontélle LLC, which is Green’s middle name, which is of French inspiration, was then born after a trip to Paris Fashion Week’s eyewear show. CEO Green had been surprised with a ticket by her co-founder Harris. The pair quickly realized they stood out among the crowd and their ideas then were mocked by many.

“When Nancey and I were in Paris, I realized there were no African-American designers, we really stood out,” Green said to TNJ.com. “But this made us see what an opportunity we had to become a presence in the industry.”

After meeting with 20 potential manufacturers, the number dropped to five, then to two and they finally chose the one with a reasonable charge to deliver their product and design on time. To date, the entrepreneurs, assert that their encounter with the designer birthed Vontélle eyewear, the brand name.

“[If] we [didn’t] meet the right manufacturer during our visit to Paris, we would not have an eyewear collection today,” Green recalled.

For consumers, Vontélle provides an opportunity to add head-turning style and flair to their wardrobe. Our textiles and prints include mud and kente cloth, Ankara prints, and trademarked Vontélle designs are combined with the finest luxury materials.”

The start-up was 100% self-funded and whiles Green takes care of overall direction of the company, Harris is the COO, and she works with the day to day running of the company and product design.

According to Harris, African Americans receive less than $3 million annually from the U.S. vision care market.

“We are under-represented and under-served in this industry,” she says, “Through social media, African-Americans have brokered a seat at the table and are demanding that brands and marketers speak to us in ways that resonate culturally and experientially.”

According Vision Council, a nonprofit association for manufacturers and suppliers, the global eyewear market stood at nearly $131.32 billion in 2018 and there are one billion people in the world who need eyeglasses. The industry accrued income of about $139 billion in 2019 and it is expected to hit $259 billion by 2027.

To put things into perspective, there are approximately 164 million adult Americans who wear glasses and 218 million also wear non-prescription sunglasses.

Per the National Eye Institute reports, African Americans are more likely to have cataracts, glaucoma, and diabetic retinopathy than any other ethnic group. Meanwhile there are many Blacks spend lots of money on luxury brands either owned by White or Asian males, there is no representation for the very people that are likely to purchase the wares.

To bridge the disparity gap and bring a much-needed representation to the industry, Vontélle has partnered with Women in Need (WIN) which has 12 shelters and one of the largest providers that offers supportive housing and services to women and children to provide free eyewear including eye exams to Black families in need in New York.