The Latest: Europe agency give guidance to tweak vaccines – The Associated Press

The Latest: Europe agency give guidance to tweak vaccines… 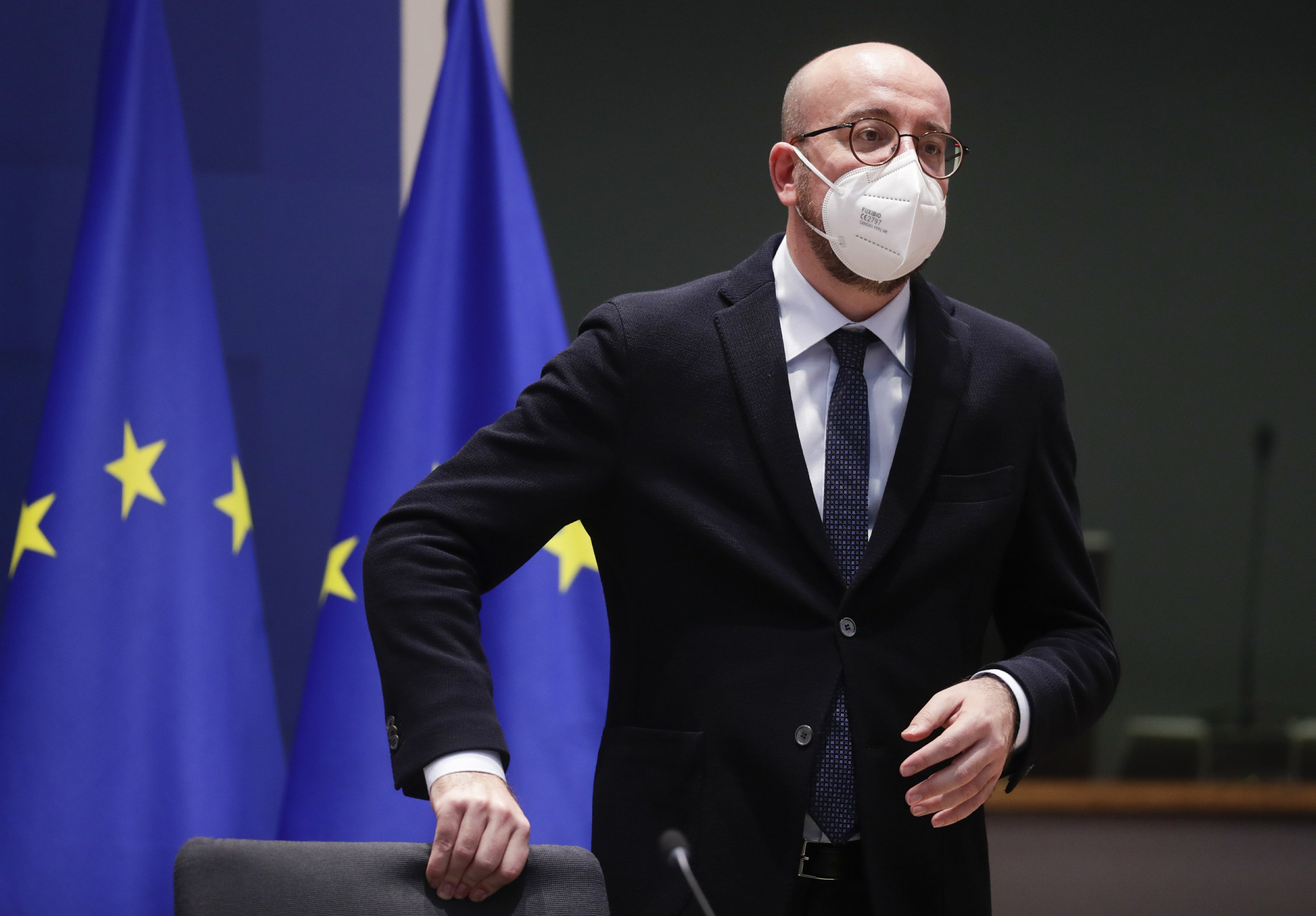 BERLIN — The European Medicines Agency has issued guidance to pharmaceutical companies on how to tweak already authorized coronavirus vaccines so they can be used to immunize against new variants.

The EU regulator say the three authorized vaccines, made by Pfizer, Moderna and AstraZeneca, protect against the variants currently prevalent across Europe. However, as new mutations spread, the shots may need to be adapted.

EMA says its experts worked on the assumption the adjusted vaccine would work in the same way as the original shot, except for a change to the part that triggers the body’s immune response.

It says “large-scale safety and efficacy studies are not needed” but at least one clinical trial is recommended in people who have neither been vaccinated nor infected with the coronavirus.

The agency also suggested a study involving a small group randomly selected to receive either the parent or the variant vaccine to ensure they both trigger similar immune responses.

It says studies into using tweaked vaccines as a booster shot protecting against variants should be conducted, and it expects manufacturers to provide data on the production quality of the adjusted vaccines.

Pfizer is studying effects of third vaccine dose as booster. Dr. Fauci says take whatever vaccine is available. Drug companies can tweak vaccines to adapt to variants, a process that should be easier than coming up with the original shots. China approves two more virus vaccines for wider use to reach four total vaccines. Medical oxygen scarce for coronavirus patients in Africa, Latin America.

HERE’S WHAT ELSE IS HAPPENING:

MADISON, Wis. — The number of people eligible for the coronavirus vaccine in Wisconsin will increase to 700,000, including teachers and child care workers, starting Monday.

State health officials estimate that teachers and child care workers will take priority in March and early April, while the others will be vaccinated in April and May.

LISBON, Portugal — Portugal’s parliament has approved a request from the country’s president to extend a state of emergency by another two weeks.

Portugal’s recent pandemic surge, which made it the world’s worst affected country by size of population, has receded since the lockdown was introduced on Jan. 15. Authorities are wary of ending restrictions too quickly and are keeping the lockdown through March 16.

The proposal says the lockdown must be eased in phases based on recommendations by health experts and must be accompanied by more tests and tracing.

Portugal’s 14-day case rate per 100,000 inhabitants stands at 287, according to the European Centre for Disease Control. That places it 13th in the 30 countries monitored by the EU agency.

A delivery of 200,000 doses of the vaccine arrived on a chartered flight from China in Sierra Leone on Thursday. China donated the shipment of doses to the West African country. Sierra Leone, with a population of about 8 million, will need several million more vaccine doses to reach herd immunity.

In southern Africa, Mozambique’s President Filipe Nyusi announced in a post on Facebook that a shipment of vaccines had arrived from China on Wednesday. The 200,000 doses from Sinopharm are the first to arrive in Mozambique, a country of 31 million people.

Nyusi says he’d been in communication with Chinese President Xi Jinping for two months to secure the vaccines. The arrival of the Sinopharm shipment came after Mozambique learned the arrival of 2.4 million doses from the COVAX initiative won’t arrive until May, according to the state-owned Jornal Noticias.

SARAJEVO, Bosnia-Herzegovina — Bosnia says it will sue the World Health Organization’s COVAX program if it doesn’t deliver vaccines against the coronavirus as planned.

Milorad Dodik, a member of Bosnia’s multi-ethnic presidency, says the Balkan nation has done all the preparations for the arrival of the 1.2 million shots via COVAX and expects the delivery.

Officials with COVAX, the program designed for poorer countries, have said the promised batch of the vaccines haven’t been dispatched because Bosnia’s authorities haven’t met Pfizer’s ultra-cold storage requirements.

Bosnian officials have denied this, insisting the country has the technical capabilities to accept the vaccines.

LONDON — Health officials in Britain say the country’s COVID-19 alert level should move down from the highest level because hospitalizations have decreased.

The U.K.’s four chief medical officers say although health services remain under significant pressure, the national alert level can move from five to four because the numbers of patients in hospital are “consistently declining.”

The coronavirus alert level was raised to the highest in early January when a third national lockdown was announced amid skyrocketing cases and hospital admissions. But the spread of infection has slowed down since, partly because of Britain’s vaccination program.

More than 18 million people in the U.K. have received at least one vaccine dose, and research suggests the vaccine rollout is having significant impact on stopping serious illness.

Britain has registered 4.1 million coronavirus cases, fourth highest in the world. It’s reported more than 122,000 deaths, the fifth highest behind the U.S., Brazil, Mexico and India.

Disability Rights Connecticut announced Thursday that it filed the complaint with the Office for Civil Rights at the U.S. Department of Health and Human Services, asking the agency to order state officials to immediately revise the vaccination policy to include people with underlying medical conditions.

Democratic Gov. Ned Lamont announced a major change in the state’s vaccination schedule Monday, saying Connecticut would continue to follow a mostly age-based system after previously saying people with underlying medical conditions would be among the next group eligible for vaccinations. The only exception in the new policy is public school employees.

This is the first set of vaccines purchased directly by the Sri Lankan government from the Serum Institute of India. AstraZeneca is the only vaccine approved by the regulatory body in Sri Lanka.

Previously, Sri Lanka received 500,000 doses of the same vaccine as a donation from the Indian government.

Vaccination comes as Sri Lanka is experiencing a spike of the COVID-19 patients, mostly in the capital Colombo.

ISTANBUL — Turkey’s health minister says the country aims to vaccinate most citizens above the age of 20 by the end of May.

Fahrettin Koca says the country is securing 105 million doses of COVID-19 vaccines to inoculate 52.5 million people. He says Turkey has struck a deal for 100 million doses of CoronaVac, produced by the Chinese biopharmaceutical company Sinovac.

Some 6.6 million people received the first dose and about 1.5 million got the second dose since vaccinations with CoronaVac began in January. Turkey’s population is more than 83.5 million.

TAIPEI, Taiwan — China has approved two more COVID-19 vaccines for wider use, adding to its growing arsenal of shots.

It gave conditional approval to a vaccine from CanSino Biologics and one from state-owned Sinopharm. Both are already used among select groups of people under an emergency use authorization. China now has four vaccines to immunize its population of 1.3 billion people.

CanSino’s COVID-19 vaccine is the first developed by a Chinese company that requires only one shot. Both vaccines can be stored between 2 and 8 degrees Celsius.

WASHINGTON — Dr. Anthony Fauci says if a coronavirus vaccine is available, regardless of which one, take it.

Fauci warns people not to hold off on getting the Johnson & Johnson vaccine while waiting for the slightly more effective two-dose Pfizer or Moderna shots.

He says it’s a race “between the virus and getting vaccines into people” and “the longer one waits not getting vaccinated, the better chance the virus has to get a variant or a mutation.”

The predominant coronavirus variant in the United States is from Britain. Fauci says the vaccines distributed in the U.S. “clearly can take care of that particular strain.”

NEW YORK — Pfizer announced it has begun studying a third dose of its COVID-19 vaccine, part of a strategy to guard against mutated versions of the coronavirus.

Health authorities say first-generation COVID-19 vaccines still protect against variants that are emerging in different parts of the world. But manufacturers are starting to prepare now in case a more vaccine-resistant mutation comes along.

Pfizer said it will offer a third dose to 144 volunteers, drawing from people who participated in the vaccine’s early-stage U.S. testing last year. It wants to determine if an additional booster shot given six to 12 months after the first two doses would rev up the immune system enough to ward off a mutated virus.

Pfizer and its German partner, BioNTech, also are tweaking their vaccine recipe. The companies are in discussions with U.S. and European regulators about a study to evaluate doses updated to better match variants such as the one first discovered in South Africa.