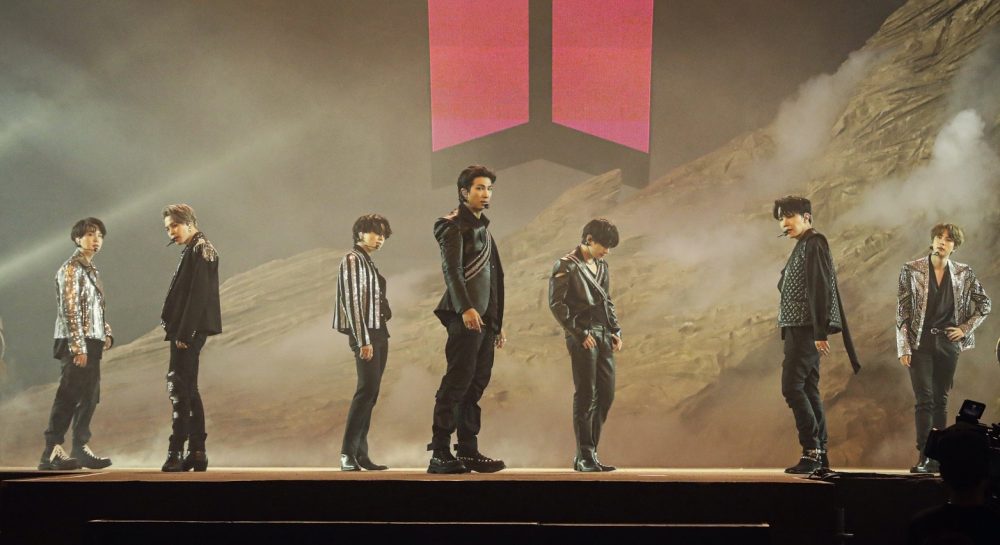 Leading K-pop firm and YG rival Big Hit first linked up with New Jersey-headquartered Kiswe in an MOU last May. In September, they established a joint venture called KBYK Live, and together launched a live-stream content platform called VenewLive within the month.

Now, YG and UMG have joined in with an equity investment of undisclosed size, seeking to work with the pair to further expand the platform’s reach, improve applications of its unique multi-view technology, and showcase their own artists. The move builds on the success of Big Hit’s virtual concerts via Kiswe’s technology in 2020, and will help the agencies find new ways of enticing paying viewers as the COVID-19 pandemic stretches on, preventing in-person shows.

“This past year has shown that the need for reliable and innovative live-streaming has never been greater,” said Boyd Muir, UMG’s executive vice president, chief financial officer, and president of operations. “We are delighted to join Big Hit, YG and Kiswe as partners in KBYK as we look to help further evolve the opportunities and live streaming experiences for UMG artists and their fans today, and into the future.”

YG Entertainment chief operating officer Sung Jun Choi said that he was “excited about this investment… [which] has secured a high-quality platform with leading technologies” for the company’s artists. The move will help YG in its quest to “provide more interactive experiences and new services to global fans, he added.

The KBYK Live platform is set apart by its use of Kiswe’s technology, which allows fans to choose between multiple views on an ongoing live event, previously employed by the firm more widely in the realm of live sports. For musical performances, the tech allows fans to customize their viewing of full stage productions with a selection of different possible camera positions and angles available to toggle between in real time. It also offers premium features that can boost virtual ticket prices, such as 4K resolution, live chat functions and programs that simulate the synchronized movement of fan light sticks central to the K-pop stadium show experience.

“VenewLive offers some of the most creative and memorable opportunities for today’s artists to globalize their art and performances, tailored to enhance the community and fan-experience,” explained Muir.

These possibilities were showcased by the record-breaking concerts last year employing Kiswe’s tech put on by Big Hit’s main breadwinning supergroup, the seven-member sensation BTS. June’s “BANG BANG CON: The Live” set a Guinness World Record for “most viewers for a music concert live-stream” by gathering some 756,000 paying viewers from 107 countries. In October, the band then broke its own record with its two-day online concert “Map of the Soul ON:E” (pictured above) which brought in 993,000 viewers from 191 countries and territories.

“VenewLive already live-streamed several large-scale performances last year and provided unique immersive fan concert experiences that can be offered through our cutting-edge technologies, including six-angle multi-views, 4K resolution, and various interactive features,” explained KBYK Live CEO John Lee. “Our technology will be the basis for enabling fans to feel closer to artists, and help artists express their energy on a digital stage.”

The willingness of UMG and YG to get involved the platform marks a vote of confidence for Big Hit’s tech-forward approach to entertainment.

“Big Hit’s attempts to maximize the fan experience are not limited to entertainment, but also [extend to the implementation] of various technologies,” said the company’s global CEO Lenzo Yoon, explaining that VenewLive is a part of that effort. “Our dream and goal is to provide the most advanced technology currently available so that fans can experience the artist’s content in the best way possible under any circumstances.”

He added: “We will continue to study how new technologies… can have a positive impact on strengthening our fan experience and actively introduce them.”

Late last month, Big Hit announced that it would invest around $63 million into YG subsidiary YG PLUS, and improve its online fan community platform WeVerse by linking up with South Korea’s Google-equivalent, the search engine Naver. The latter is investing $320 million into Big Hit subsidiary beNX, which developed the proprietary WeVerse app.

Cloud-based video firm Kiswe has offices in New York, London, Hasselt, Seoul and Singapore. It was founded by its current chairman Jeong Kim — a Samsung board director, co-owner of Monumental Sports and Entertainment, and former president of Bell Labs — and its chief architect Wim Sweldens, the former president of French telecom Alcatel-Lucent Wireless and founder of Alcatel-Lucent Ventures. Kiswe’s current CEO and president Mike Schabel also hails from Alcatel-Lucent, where he was previously general manager of the Small Cells business.

“We have been developing video streaming and fan engagement technology since 2013 and are excited to use [it] to [help artists] extend beyond the boundaries of a stadium [and] perform to their global fans, and for those fans to feel like they are part of the concert,” Schabel said.