We Wore What? Centuries of Global Fashion as a System of Power – The New York Times

We Wore What? Centuries of Global Fashion as a… 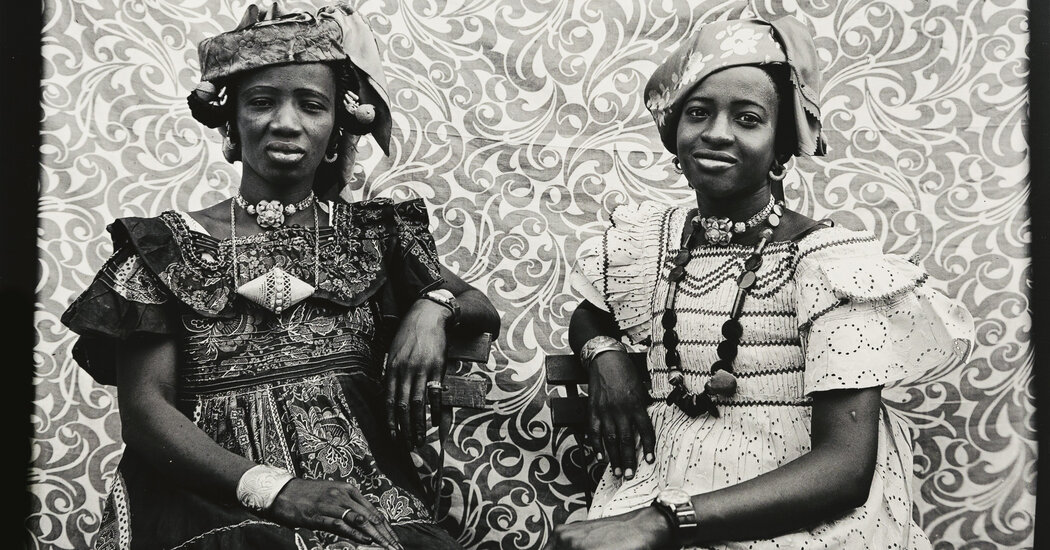 THE AFRICAN LOOKBOOK
A Visual History of 100 Years of African Women
By Catherine E. McKinley

When it comes to fashion history, many contributors and stories have been overlooked. Two new books — Catherine E. McKinley’s “The African Lookbook” and Richard Thompson Ford’s “Dress Codes” — provide a long-overdue course correction: McKinley on fashion on the continent over several decades, and Thompson on the rules, both written and unwritten, that govern what people put on their bodies and so much more.

For more than 150 years, the images of what is fashionable that have been presented to the world — in magazines, books, on screens large and small, on runways — have overwhelmingly been of white women. Even when the clothes and accessories on display have been created by and for African and Black women. And in recent years, those Black women who have gained visibility in the industry have often still been misunderstood or misrepresented (take, for instance, Vogue’s February cover of Vice President Kamala Harris and the controversy it sparked).

For some 30 years, McKinley, a curator, author and educator, has been collecting images of women from across Africa that capture the vastness of the continent’s fashion. Her collection largely focuses on the countries of the Sahel, like Mali, Burkina Faso and Niger, and on countries with Atlantic coastlines, from Morocco to Angola.

McKinley expertly guides readers through a history lesson of the ways fashion in these countries is connected with colonialism, industrialization and numerous traditions and styles of dressing, reminding us throughout that “for African women across the continent, many of the most powerful but less remarked upon modern legacies were born of the sewing machine and the camera.”

The images McKinley presents make clear that so much of what we see on the runways in New York, Paris, London and Milan draws inspiration from what has been created and worn by African women for decades. The images also offer a subtle indictment of Western so-called tastemakers who fail to credit and highlight African creatives in the fashion world. In Seydou Keita’s portraits taken in 1950s Mali and in undated, anonymous portraits of women in print dresses from the collection of Aladji Adama Sylla in Senegal, for instance, keen readers and fashion lovers may see similarities to Stella McCartney’s spring 2018 runway show and Tori Burch’s 2020 embroidered dresses, both of which were criticized for appropriating African cultures.

At a time when popular culture might have us believe that the only African creativity worth praising must be linked to the royalty and wealth shown in works like “Black Panther,” “The Lion King” or the forthcoming “Coming 2 America,” McKinley delicately reminds us that African traditions, styles, creations and the people themselves — with their many layers and differences — don’t need to come from fictional kingdoms like Zamunda or Wakanda to deserve attention. The real, everyday beauty of Africa is worth canonizing beyond the continent.

Where “The African Lookbook” concentrates on fashion and style on one continent, “Dress Codes” focuses an even wider lens on what we wear, and on what influences those choices. Taking readers around the world from the 1200s to today, Ford embarks on an ambitious and comprehensive exploration of how fashion has been used by people both with and without money and power.

To help readers understand why we dress the way we do, Ford chronicles the fashion crimes of various eras, illustrating the rigidity and cruelty of social norms as enforced through sartorial laws. Joan of Arc, Ford reminds us, was tried and burned for heresy, in part because she violated religious morality by wearing men’s clothing. And in 1416, a Jewish woman named Allegra was arrested in Ferrara, Italy, for not wearing earrings. “The symbolism could not have been clearer,” Ford writes. “In an era when superfluous adornment was condemned as a sign of sin, Jews were required by law to wear conspicuous jewelry.” The distinctive attire “reinforced the idea that Jews were a physically distinct and deviant people.”

Moving closer to the present, a chapter on resistance provides an in-depth analysis of the clothes worn during the civil rights movement of the 1960s. “Respectable appearance was a mandatory part of the civil rights struggle,” he writes. But “as the racial justice struggle evolved, an activism premised on such ‘respectability’ became both practically and ideologically untenable.” The clothes worn by the Black Panthers, by the activists of the Student Nonviolent Coordinating Committee and more all tell us of the time and the fight for equality in their own way. Ford’s legal background makes him particularly qualified to explain fashion-related lawsuits throughout history (about miniskirts, makeup, cornrows) clearly and with ease. His insight into the treatment of rule followers and breakers alike makes “Dress Codes” essential reading whether you dress to the nines or prefer sweats, because everything we have worn — whaleboned corsets, cotillion gowns, dashikis, tutus, hoop earrings, baggy pants and lab coats — has something to tell us about sociopolitical status, sexual morality and identity.

Ford’s writing is steeped in extensive research and makes what could be a dull history lesson about fashion a deeply informative and entertaining study of why we dress the way we do, and what that tells us about class, sexuality and power.