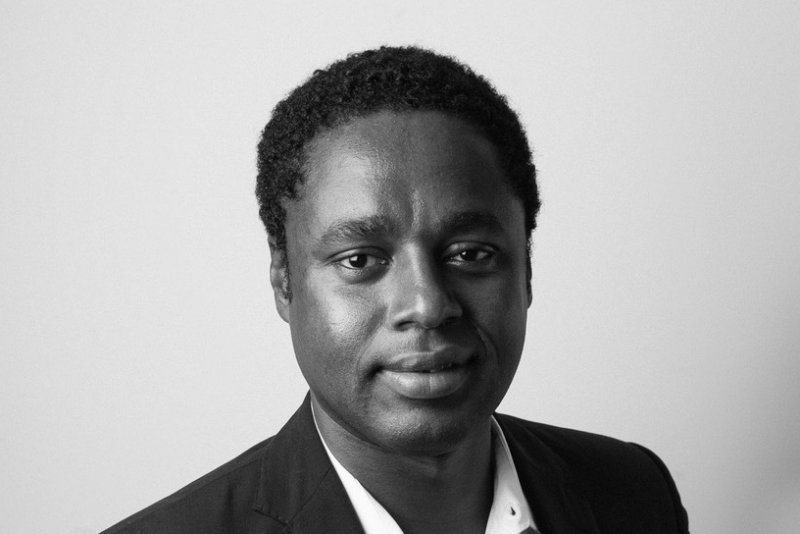 Shortly after he sold TRACE, the fast-growing, New York-based media company he founded at age 24, Claude Grunitzky came to MIT as a Sloan Fellow. He chose MIT because he wanted to learn more about digital media and the ways he could leverage it for his next company. He was also interested in MIT’s approach to building new technologies that could scale through network effects.

While at MIT Sloan, the Togolese-American entrepreneur spent considerable time at the MIT Media Lab, working with Joost Bonsen, a lecturer in media arts and sciences, and Professor Alex “Sandy” Pentland, the Media Lab Entrepreneurship Program director, on shaping what would become TRUE Africa, his digital media company focused on championing young African voices all over the world. Grunitzky graduated in 2012, earning an MBA.

TRUE Africa was launched as a news and culture website in 2015. Grunitzky used new publishing technologies to promote African perspectives instead of relying on Western perceptions of what Africa was becoming. Grunitzky and his editorial team chose to document Africans and Afro-descendants’ innovations and contributions to global popular culture.

In 2019, Grunitzky realized that, while useful for telling a different story about modern Africa, a media platform was not enough. He decided to pivot to education. His new vision was to create, for higher education, a remote learning platform for African youth. The pandemic, which led to the closure of many universities in Africa, gave a sense of urgency to his launch plans for the new venture, which he called TRUE Africa University (TAU). The venture is currently being incubated at the Abdul Latif Jameel World Education Lab (J-WEL).

TAU currently consists of a webinar series focused on sustainable development in Africa. Grunitzky, serves as a host, interviewing thinkers, shapers, and doers he sees as the inventors of the future of Africa. Produced in collaboration with the MIT Center for International Studies, the webinar series features guests including Taiye Selasi, the Ghanaian-Nigerian author; Jeffrey Sachs, the American economist; and Iyinoluwa Aboyeji, the Nigerian serial entrepreneur behind some of Africa’s most valuable startups.

Here, Grunitzky describes his inspiration for and goals for the TAU project.

Q: What is the purpose of TRUE Africa University?

A: Ever since I came to MIT as a Sloan fellow a decade ago, I’ve wanted to find new ways to tap into MIT’s can-do spirit of innovation and entrepreneurship to help me launch a new type of African company that would play a sizable role in solving some of Africa’s biggest problems.

At MIT, I met kindred spirits who encouraged our experiments, but I eventually settled on launching another media company, which I named TRUE Africa. With the TRUE Africa website, I relied on my expertise in media, but three years after launching TRUE Africa online, I realized that I wanted to solve a bigger problem than what we could accomplish through reporting about young Africans and their creativity.

Having seen excellence in motion at MIT, I came to believe that what young Africans need more than anything is quality education. I had been deeply inspired by Salman Khan ever since he launched Khan Academy, and I wanted to achieve something on that scale. I was thinking, conceptually, of a pivot to education, but I didn’t have the confidence to take on something so ambitious until I found myself in another defining MIT moment, in May 2019.

It happened on the terrace of the Grafenegg Castle outside Vienna, in Austria. I had gone to the MIT Grafenegg Forum as a speaker on media and society in Africa, and I saw an opportunity to pitch my TRUE Africa University idea to Sanjay Sarma, the vice president for open learning at MIT who was one of the forum’s organizers. I was an admirer of Sanjay’s work overseeing edX and MIT’s other digital learning platforms, and I made my case during a short break from the seated dinner.

He gave the TRUE Africa University idea his blessing on the spot, and three months later my Moroccan co-founder and I were camping out at Sanjay’s office and ideating, with his teams at MIT J-WEL, on curricula for digital learning in developing nations. Another person I became close to at MIT is John Tirman, the political theorist who is also the executive director at MIT’s Center for International Studies (CIS). I have been a research affiliate at CIS since 2011, and I’d organized webinars for CIS before. John and I agreed that the best way to launch the TRUE Africa University platform was through a webinar series. That is when I got to work on the programmatic aspects of the series.

Q: Why are webinars the medium of choice for accomplishing your goals with TAU?

A: With my background and aspirations as a storyteller, I’ve been writing, publishing, broadcasting, and operating across various media platforms since I was 21-year-old journalist. I know that content is king. The problem is, there is way too much content out there now. Social media has opened the floodgates, and the various social networks have dramatically increased content output globally, but not all that content is interesting, or engaging, or useful.

I wanted to launch the TRUE Africa University webinar series with a film screening. It’s actually a film I executive produced, alongside Fernando Meirelles, the director of some of my favorite films, including “City of God,” “The Constant Gardener,” and last year’s “The Two Popes.” Our documentary, “The Great Green Wall,” premiered at the Venice Film Festival in 2019, and won many awards in many countries.

“The Great Green Wall” is an African-led movement with an epic ambition to grow an 8,000-kilometer natural wonder of the world across the entire width of Africa. It’s actually a wall of trees being planted from Senegal in the west all the way to Djibouti in the east. A decade in and roughly 15 percent under way, the initiative is already bringing life back to Africa’s degraded landscapes at an unprecedented scale, providing food security, jobs, and a reason to stay for the millions who live along its path. We launched the webinar series with a screening of that film, and a post-screening panel discussion that I moderated with Meirelles.

Most people, including in Africa, are not aware of the devastating effects of climate change on the African continent, and on the prospects for African youth. That screening and first webinar discussion sets the tone for our higher learning ambitions with TRUE Africa University, while helping us to bring in experts who can frame some of the major issues facing young Africans, as many of them seek new pathways to a more sustainable future for the continent.

Q: What are your longer-term goals for the project?

A: The webinars are meant to provide fresh ideas, out-of-the-box solutions, and new ways of thinking of Africa’s future, post-pandemic. We are exploring the new digital solutions to some of Africa’s problems, and how technology can create a virtuous circle for African development. Consider this: At the end of 2000 there were just 15 million Africans with access to mobile devices. Now, more than a quarter of Africa’s population of 1.3 billion have adopted the mobile internet.

In 2100, there will be close to 800 million people living in Nigeria alone, quadrupling the current population of 200 million. Nigeria will be the world’s second-most populated country, after India. I am launching TRUE Africa University because those young Africans need to be educated, and there is just no way that African governments will have the resources to build enough classrooms for all those students.

The solution will have to be online, and in my wildest dreams I see TRUE Africa as a daily resource for millions of young Africans who demand quality education. The journey is just beginning, and I am aware of the hurdles on this long road. I am so fortunate that we have MIT in our corner, as we embark on this ambitious endeavor.