After 13 yrs in U.S., she returned to Nigeria to set up company offering cash in exchange for plastic waste 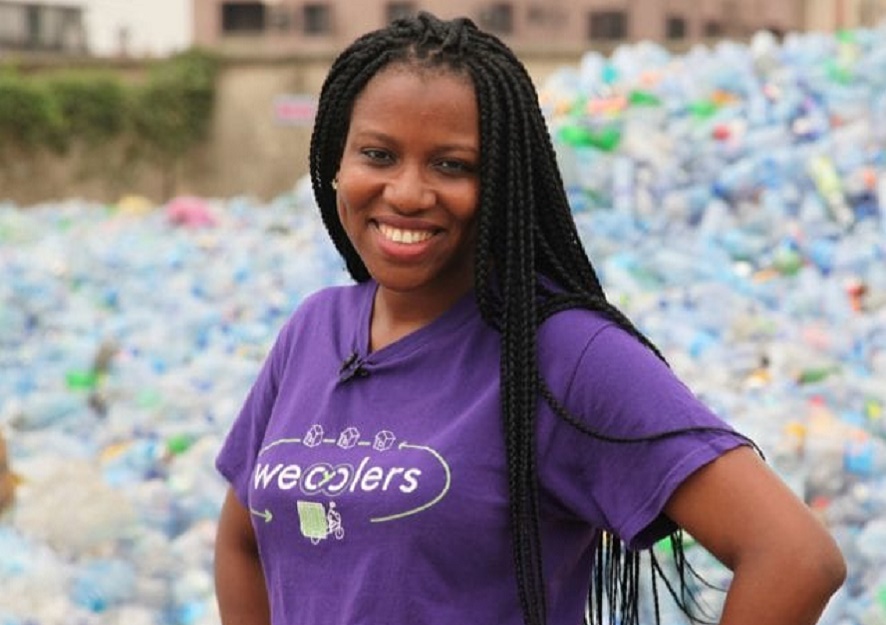 Waste management has been one of the thorniest issues in Africa. Averagely, the continent produces about 550 million tonnes of plastic waste. The major contributors of waste on the continent are Egypt (0.97 tonnes), Nigeria (0.85 tonnes), and South Africa (0.63 tonnes), ranking 7th, 9th and 11th on the list of 20 major polluters.

Several attempts have been made by African leaders to tackle plastic waste but to no avail. In Ghana, for instance, attempts to ban plastic bags were met with fierce resistance. Similar resistance was faced in Nigeria and Kenya.

A number of African entrepreneurs are contributing to the fight against plastic waste through the establishment of recycling plants. One of such persons is Bilikiss Adeboyi-Abiola from Nigeria. She is a graduate of the prestigious Massachusetts Institute of Technology (MIT).

Bilikiss left the United States after 13 years to venture into plastic waste management in her native country. She tells vlogger Wode Maya that she identified waste as a problem in Africa and was inspired to provide a solution.

She recalls during her days at MIT, the school invited entrepreneurs to engage them, and mostly, the discussion centered around Africa. Bilikiss wondered why Whites and Indians would be providing solutions to Africa’s challenges.

And that was the defining moment for her. She told herself she would be part of Africa’s solution and not its problem. She left the U.S. for Nigeria to found Wecycle in 2012 and later brought in her brother as a partner.

With one bicycle, she started collecting waste on the streets of Nigeria’s commercial capital, Lagos, and also invited others to bring their plastic waste to her for a fee. Today, the company has grown to be one of the biggest waste management companies in West Africa, employing over 300 people and providing about 400 indirect jobs.

Bilikiss says her journey has not been easy. According to her, people initially didn’t understand her business module and some potential investors wondered why she pays people for their waste. “Getting people to understand the module, getting people to support us was really hard,” she says.

Bilikiss says the Lagos State government has been very supportive of her business as investors continue to drag their feet. She stressed that funding continues to be a challenge, adding that people also think low about the kind of business she is doing.

She finds solace in the fact that but for her business, much of Nigeria’s plastic trash would have been laying in drainages, landfills and waterways.

Some Nations Could Wait Years for Covid Shots. That’s Bad for Everyone. – The New York Times
In ‘Red Island House,’ an American woman is enchanted, then repelled, by her time in Madagascar – The Washington Post