Deaths, alleged rape and economics: Why do Senegalese protesters want their president to resign?

Deaths, alleged rape and economics: Why do Senegalese protesters… 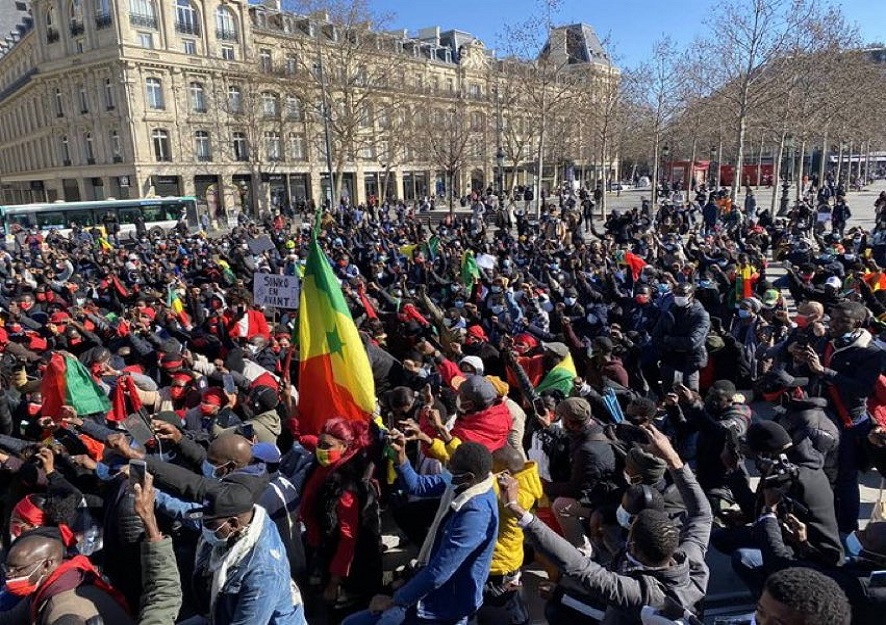 What started on Wednesday as protests over the arrest of opposition politician Ousmane Sonko in the southern Senegalese town of Bignona in the Casamance region has now broken out to other parts of the country even as the cause for the protest has evolved.

Sonko, 49, of the Pastef Party, was arrested by authorities after a masseuse at a beauty parlor accused him of rape and death threats. But his supporters have doubts over the veracity of the allegations and pointed fingers at President Macky Sall, 59, as the one behind the young woman’s accusations.

Sall has denied plotting to see Sonko arrested, describing the young woman’s accusations as something that stems from a “private matter”. But the president’s defense has obviously proven ineffective against what seems to be deep-seated animosity and distrust of his administration.

Sonko came third in the 2019 election in which Sall gained a second mandate but now, the arrested politician is seen as Sall’s most credible threat. The man who finished just behind Sall in 2019, Idrissa Seck, has joined the president’s government, assuming the role of head of the Economic, Social and Environmental Council (CESE). This alliance between Seck and Sall is not the first between the two men who were in ex-President Abdoulaye Wade’s close circle during the erstwhile Senegalese Democratic Party (PDS).

Seck and Sall found their ways out of the PDS but it is believed the former is setting himself up for gold when the presidential elections come again in 2024. But that is if Sall himself does not run for a third term.

After promising prior to the 2012 polls to reduce presidential term duration to five years from seven years and also support a two-term limit, Sall reneged when he won the presidency the first time. He deferred the matter to the Constitutional Council – which is appointed by the president – to adjudicate in the matter of duration and term limits. The Council, in 2016, then decided that a referendum whose results would not affect Sall’s first seven-year term was to be held.

More than 60% of Senegalese who voted in the 2016 referendum chose a two-term limit for the president, five years apiece. The decision made by the people came into effect after the 2019 election. This then makes it possible for Sall to contest a third term, the very same problem he cited in 2012 with Wade, in whose administration Sall was once a prime minister.

Sall is the first Senegalese president to have been born after the West African nation’s independence from France. He promised to be a modernizer, a selling point that resonated in a country where the average person is about 19 years old.

Senegal is one of the very few stable African democracies and the country has never experienced a coup. But the ongoing protests, vocally supported by opposition political parties as well as some in civil society, are the worst in years. As of Saturday, March 6, reports say some five people have been killed with many protesters and police injured. What started as a call for the release of Sonko is now about socioeconomics, as clearly seen on placards and posters. Unemployment is high in Senegal while the strains brought about by COVID-19 have devastated the informal sector.

Meanwhile, Sonko, a former chief tax inspector fired by Sall from his job, can count on the support of the “Yen a Marre” (Enough Is Enough) movement, a large group youthful protesters which threw its weight behind Sall in 2012. Sonko has been called the “Senegalese Trump” owing to his tendency to attribute the struggles of the populace to supposedly mediocre agreements struck between Senegal’s national leadership and development partners.