Eddie Murphy and Arsenio Hall reveal they were forced… 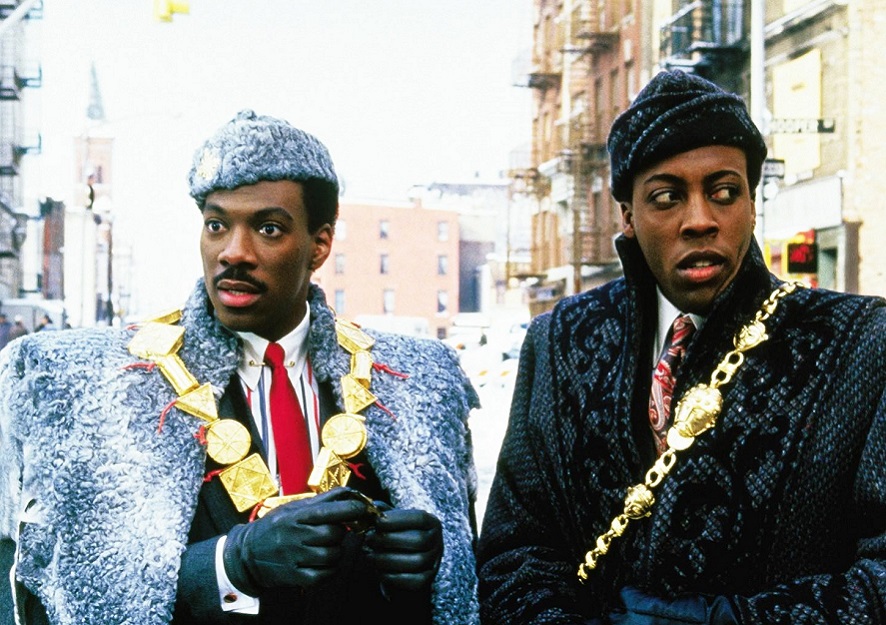 Eddie Murphy and Arsenio Hall have disclosed that they were forced to put a White actor in Coming to America in order to prevent the cast in the iconic 1988 movie from being all-Black.

The two comedians and actors opened up on the reason behind that directive and also explained how Louie Anderson was ultimately cast during an interview on Jimmy Kimmel Live! on Monday, Independent reported. Anderson played the character Maurice, an employee at McDowell’s. The fictional restaurant was owned by Cleo McDowell (John Allen Amos Jr.), the father of Prince Akeem’s love interest, Lisa.

“The whole cast was Black and this was back in the Eighties,” Murphy added. “So it was like ‘We have to have a White person, there has to be a White person in the movie.”

The 59-year-old continued: “I was like, ‘What?’ So who was the funniest White guy around? We knew Louie was cool, so that’s how Louie got in the movie.”

Hall said he was presented with a list of three White actors to choose from, and he opted for Louie. “It was official. I had a list. They gave me a list with three White guys. They said, ‘Who would you rather work with?’ I said ‘Louie.’”

In the first installment of the movie, Prince Akeem (Eddie Murphy) leaves the Kingdom of Zamunda to America, where he seeks a wife. He is accompanied by his personal aide and best friend, Semmi (Arsenio Hall). For the second installment which is set to be premiered on March 5 on Amazon Prime, Prince Akeem finds out he has a son in America and travels back to Queens, NYC, with Semmi in search of the next heir of the Kingdom of Zamunda.