‘He was a man of integrity’ – Letitia Wright… 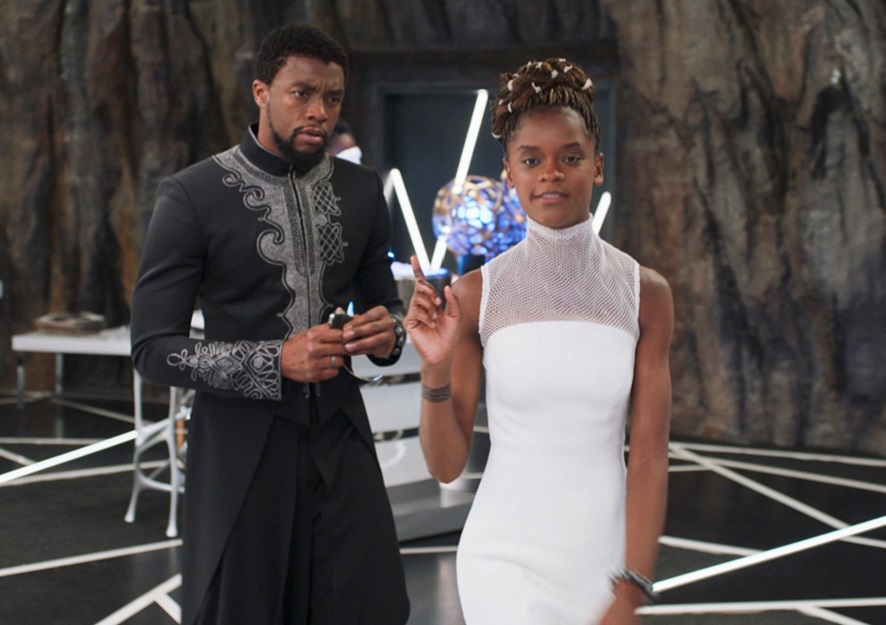 In a recent feature on British Vogue, Guyanese-British actress Letitia Wright paid a glowing and emotional tribute to Chadwick Boseman, referring to her Black Panther co-star as a “big brother” and “a man of integrity.”

Wright and Boseman paired up to play the sister-brother duo of Shuri and King T’Challa in the box office-breaking movie. Boseman sadly passed away in August last year at the age of 43 after suffering colon cancer. The award-winning actor’s medical condition wasn’t publicly known up until his death.

In her feature, Wright said she met Boseman for the first time when she was auditioning for Black Panther in Los Angeles. The 27-year-old said she instantly established a connection with him though they had just met.

“From the moment we met, I loved Chadwick Boseman. I landed in Los Angeles in September 2016, called to audition for a Marvel Studios film that was to be directed by Ryan Coogler. It was clear this was a big deal,” she wrote. “I was only 22 and incredibly nervous, but Chad – already cast as the lead – walked in with a smoothie, laid-back and cool. I heard God speak to my heart; that he would be my brother, and that I was to love him as such.”

Wright added: “As we read our lines, playing siblings for the first time, my hand reflexively went to his chest, over his heart, surprising me. Why was I touching the chest of a man I’d just met? But then he wrapped his huge, beautiful hands around mine and held them there.

“It became more than an audition scene. I felt I had found the big brother I never had.”

Though Wright said she initially got worried their connection had lost a spark when they met for the second time on set in Atlanta, she was later relieved when she got to know Boseman also held her in high regard.

“The next time we met, on set in Atlanta, his energy was lower. He said he was just tired, flying coast to coast to test with different actors, and I worried our connection wasn’t clicking any more,” she wrote. “But, unbeknown to me, he had already told his team and Marvel that he felt like he had found his sister in me.”

Wright also shared fond memories of hanging out with Boseman and the other Black Panther cast while on set, adding that the lead actor was also always there to calm her anytime she couldn’t get a line right or was nervous while promoting the film.

“When he listened, he gave you his full attention. He had such grace, a regal quality – it’s no coincidence he was chosen to play the king of a nation, Wakanda, in Black Panther,” she said.

The Avengers: Endgame actress reflected on how Boseman was an inspiration to her, saying he changed her life.

“I wish I had got to say goodbye. I wish that I could tell him how much he inspired me. How cherished he is by the world,” she wrote. “How grateful I am to him for seeing me, a young Black woman from Guyana – a small fish in a big pond. How his yes for me to be a part of his world changed my life forever. For his selfless act of sharing his spirit and gift with us.”

Boseman recently received a posthumous Oscar nomination for Best Actor in a Leading Role for his role as Levee Green in 2020’s Ma Rainey’s Black Bottom.