How the lone Black adventurer in the Lewis and… 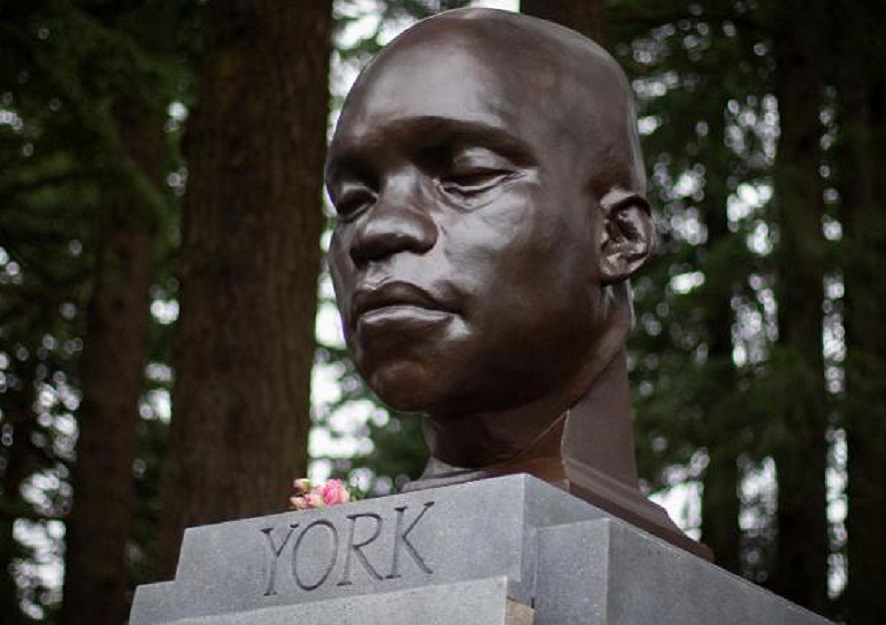 When explorers Meriwether Lewis and William Clark decided on an expedition to the Pacific Ocean in the 1800s, they talked on and on about the men who would accompany them on the journey. History says they chose interpreters, soldiers, and French oarsmen who were familiar with the region than they were. They then chose York, an enslaved man who became the only Black person among the group.

York was owned by Clark. He had no say in whether he was going to participate in the expedition. Although he was compelled to join, he made invaluable contributions to the expedition. He hunted for food, handled horses and boats, helped discover new plants and animals, facilitated communication between his group and native American tribes, and even risked his life to save Clark in a flash flood.

When the expedition returned after two years and 8,000 miles, members who traveled with Clark and Lewis received accolades, land and fame. York was totally ignored despite his contribution to the explorers’ success. Having crossed the river and mountains and acted in “free ways” during the expedition, York had seen what freedom meant. Upon their return in 1806, he wanted his freedom or if possible, to be allowed to live with his wife in Louisville, Kentucky. But Clark refused his request.

York had grown up alongside Clark, a White son of a prominent southern farmer. York was born around the same time as Clark was. York’s father, who was known as “Old York,” and mother were owned by Clark’s father. York, who was described as Clark’s “6-feet, 200-pound body servant“, had many of the skills required for the expedition in 1804. And he didn’t disappoint during the two years of what would be called the Corps of Discovery expedition. York did not only navigate trails, handle firearms and kill game, but also caught the attention of Native Americans, who had then never seen a Black person before. Some believed he was powerful and would be good in bed, historians said. “…The Indian women especially loved York and he took full advantage of that so that on many occasions York would be missing that night and he would be in the lodge with one of the Indians. Sometimes with the Indian husband standing guard while the business was completed,” PBS reported.

Clark often ordered York to dance for the Native Americans or perform as a “frightening monster.” York was also allowed to have a vote when major decisions were taken, including what route explorers should take. When Clark went missing during the 28-month journey, York searched for him during a heavy storm. He also swam to a “Sand bar” to gather greens for dinner when Clark was sick, according to later writings by Clark.

Despite the above, when York upon their return asked to be given the opportunity to stay in Louisville to be near his wife, Clark refused, admitting in one of his letters that he whipped him. Three years later, Clark eventually hired York out for about a year to a Louisville, Kentucky, farm owner who was infamous for physically abusing his enslaved laborers.

Historians do not really know what became of York after this. Clark, who had mentioned him in his writings, stopped doing so until about 20 years later. Clark, in 1832, spoke publicly about freeing many of his slaves, including York, who he said started a business as a “wagonner”. Clark claimed freedom ruined York’s life.

“He could not get up early enough in the morng [sic] – his horses were ill kept – two died – the others grew poor. He sold them, was cheated – entered into service – fared ill. Damn this freedom, said York, I have never had a happy day since I got it. He determined to go back to his old master – set off for St. Louis, but was taken with the cholera in Tennessee & died.”

To others, York did not die of cholera but spent his final years with a group of Native Americans, becoming a chief and warrior. This February, an unknown artist mysteriously placed a bust of York in Portland’s Mount Tabor Park, giving the first Black man to reach the Pacific the recognition he deserved.

13…and counting: This mom and daughters are building an empire of McDonald’s franchises in California
Black stealth fighter pilot says he quit U.S. Air Force because of racism