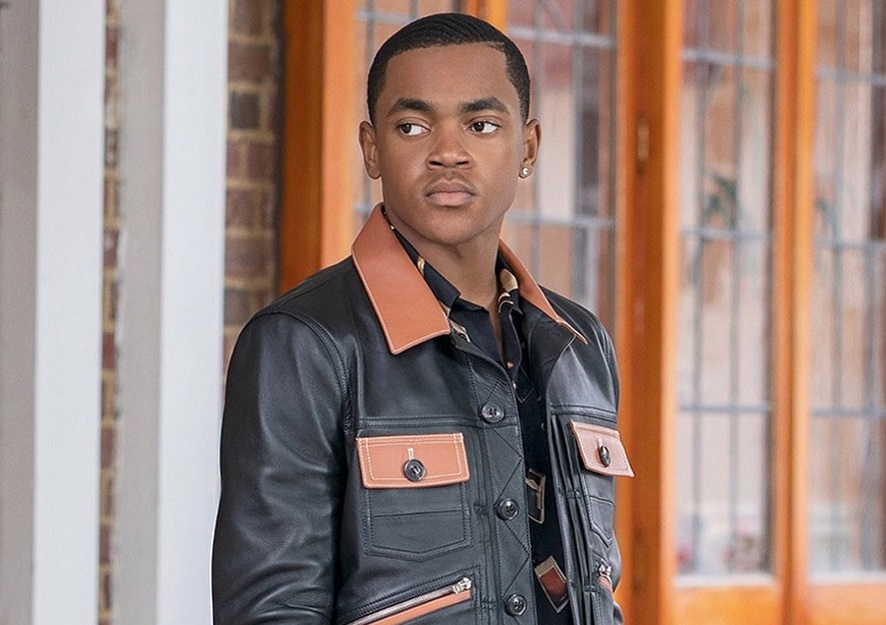 In a recent post on Instagram, popular Black actor Michael Rainey Jr. claimed he would have been shot by a police officer after he was pulled over during a routine traffic stop had he not instinctively started recording their encounter.

In the video, Rainey, who is popularly known for his role as Tariq in the popular television series, Power, is seen trying to produce his license to the officer after he makes a demand for it. The officer, who is leaning over from the driver’s window of Rainey’s vehicle, appears to have his right hand on his gun at a certain point. He, however, appears to cover it after he realizes he is being recorded. Rainey claims the decision to film the incident may have saved him from being shot by the officer.

“This guy was [a]bout to shoot me I swear that camera saved my life,” Rainey captioned in his post. “Look what he does as soon as he looks into the lens. someone please send me his precinct or whatever if you know. These power tripping ass police need they badge taken. Unlawful traffic stop.”

Rainey also claimed the cop did not explain his motive behind stopping him and suggested the law enforcement officer was searching for a justification to shoot him. “Didn’t even pull me over. Didn’t tell me what I was being pulled over for. Just came to whip yelling and sh*t wit his hand on his gun,” he wrote. “This guy also said stop reaching while I was looking for my license, I guess he was tryna come up with a reason to shoot me.”

In a follow-up post, the 20-year-old asserted you cannot be a successful Black person with a fancy car without being racially profiled. “That’s why we gotta keep being Black and keep getting nice cars on this mother**ker,” he wrote.

Meanwhile, rapper and filmmaker 50 Cent responded to the video after it was shared on celebrity gossip site The Shade Room. “Dam [with a facepalm emoji] this is crazy,” the Power executive producer wrote.

Though the incident may have left Rainey shaken, he still had something to smile about over the weekend after the Power spin-off series he stars in, Power Book II: Ghost, took home the Outstanding Drama Series award at the 52nd NAACP Image Awards.