Renee Montgomery makes history as co-owner of her former WNBA team, here’s how she made it

Renee Montgomery makes history as co-owner of her former… 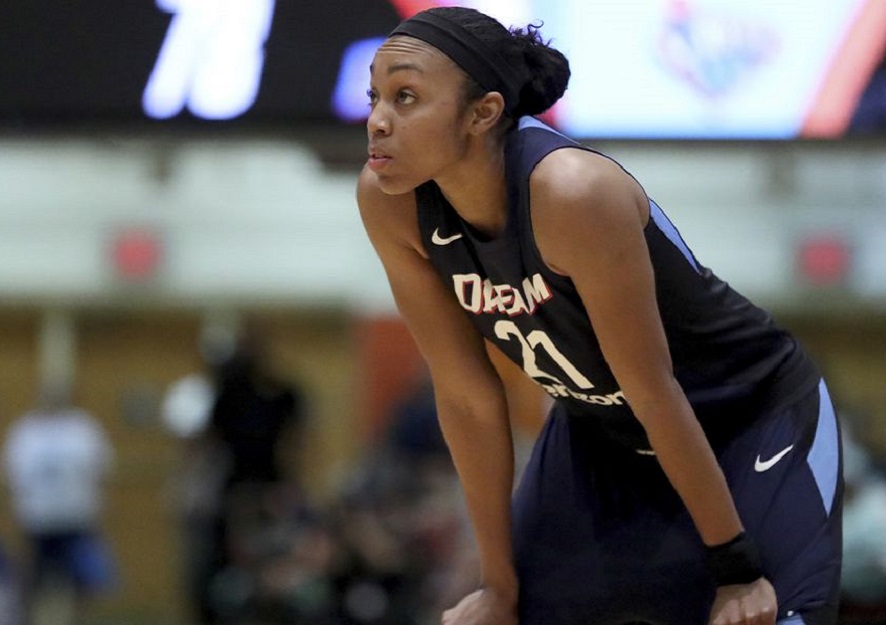 Renee Montgomery put her WNBA career on hold in 2020 to use her platform to fight against social injustice. Lebron James’ tweet on putting “together with an ownership group for the Dream” on January 6 became a pivotal moment in Montgomery’s career. It was that tweet that made her realize being part of an ownership group could be a real possibility.

A light bulb went off in the former Atlanta Dream player’s head and she responded to the tweet, saying she was in. With the assistance of WNBA commissioner, Cathy Engelbert, Montgomery, knowing very well no one can be a player and an owner in the WNBA, announced her retirement earlier this year to pursue her new career path.

She has now made history as the first former player to become both an owner and executive of a WNBA franchise, being a part of the three-member investor group to purchase Atlanta Dream after the sale was officially approved.

Former Republican Sen. Kelly Loeffler, who infuriated WNBA players and many Blacks with her vocal opposition to the league’s social justice initiatives, was forced to sell her 49 percent stake in the team after they wore ‘Vote Warnock’ T-shirts supporting her opponent.

“We need less – not more – politics in sports,” wrote Loeffler, who added that the Black Lives Matter movement was “a very divisive organization based on Marxist principles.”

The former player, who is also a member of James’ More Than a Vote campaign, a group of Black athletes and artists with a stated priority of “combating systemic, racist voter suppression by educating, energizing, and protecting our community” knew it was about time she took her activism to the next level by making sure Black people are well represented in the leadership of the team.

James congratulated Montgomery for the ownership of the Dream after retiring from the league, playing for 11 seasons two WNBA championships with the Minnesota Lynx in 2015 and 2017.

So proud of this Queen. This is everything we are about! #Morethananathlete @morethanavote https://t.co/7xddvmG8UU

“I think it’s great that Renee has stepped up after she retired from playing the game to continue having an impact on the game,” WNBA commissioner Engelbert said Friday.

“I’ve seen her strong work ethic. I’ve seen her advocacy and knowledge of the game and I’m sure that’s going to be an asset to Larry and Suzanne and a huge benefit to the team.”

The 34-year-old was an All-Star with the Connecticut Sun in 2011 when she set a career-high with her average of 14.6 points per game. She was the WNBA’s Sixth Woman of the Year in 2012, according to ESPN.

Montgomery, who is in her first season as a studio analyst on Atlanta Hawks which airs for Fox Sports Southeast, plans to continue working in that capacity. “Breaking barriers for minorities and women by being the first former WNBA player to have both an ownership stake and a leadership role with the team is an opportunity that I take very seriously,” Montgomery said.