Tanzanians should be told about Magufuli’s health, opposition says – Reuters

Tanzanians should be told about Magufuli’s health, opposition says… 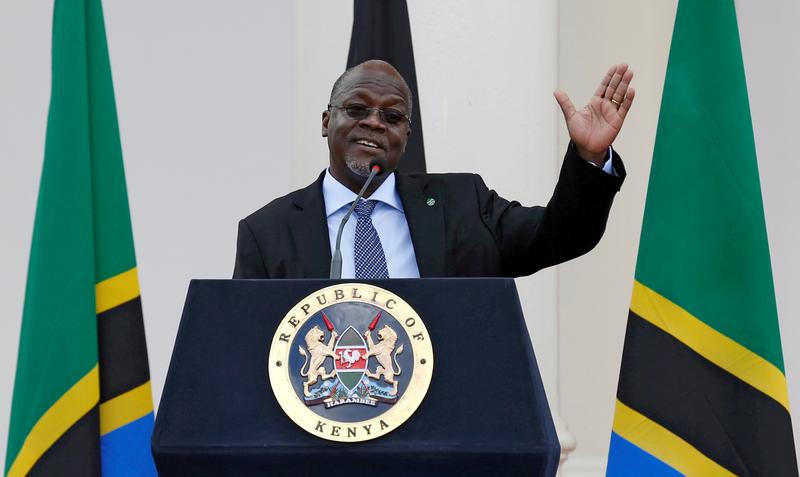 NAIROBI (Reuters) – A Tanzanian opposition leader on Tuesday urged the government to tell the public about the health of President John Magufuli, who has not been seen in public for more than two weeks, saying citizens had the right to know about his condition.

Speculation in East Africa is rife that Magufuli, 61, a vocal COVID-19 sceptic, is ill with the coronavirus, though his vice president said on Monday that Tanzania was safe and citizens should ignore rumours from outside the country.

“It is important for the government to inform the public about the president’s health to reduce ongoing fear,” Zitto Kabwe, leader of the ACT-Wazalendo party, said in a statement.

“The president’s health is not supposed to be a secret,” he said.

Kabwe said Tanzania’s constitution calls for the speaker of the national assembly to make information public on the president’s health. He recalled that Tanzanians received regular updates on the health of two former presidents, Benjamin Mkapa and Jakaya Kikwete, when they were abroad for medical treatment.

Magufuli has mocked global panic over the COVID-19 pandemic and played down the virus’ threat in Tanzania. He has denounced COVID-19 tests, denounced vaccines, and opposed mask-wearing, instead urging his people to put faith in prayer and try remedies such as steam inhalation.

Legal and constitutional affairs minister Mwigulu Nchemba said on Monday that anyone “blathering, spreading misinformation” were breaking the law and could be arrested.

Another opposition politician, Tundu Lissu, who lost an election last year to Magufuli, said last week from exile in Belgium that the president is in India receiving medical treatment for the virus and is in a serious condition.

Kabwe, the opposition leader, also called on the government to release people arrested for questioning the president’s health. Police have arrested four people in the country since last week for allegedly spreading false information about the sickness of political leaders, according to the police, who did not mention the president’s name when referring to the arrests.