This is why Piers Morgan hates Meghan Markle

This is why Piers Morgan hates Meghan Markle 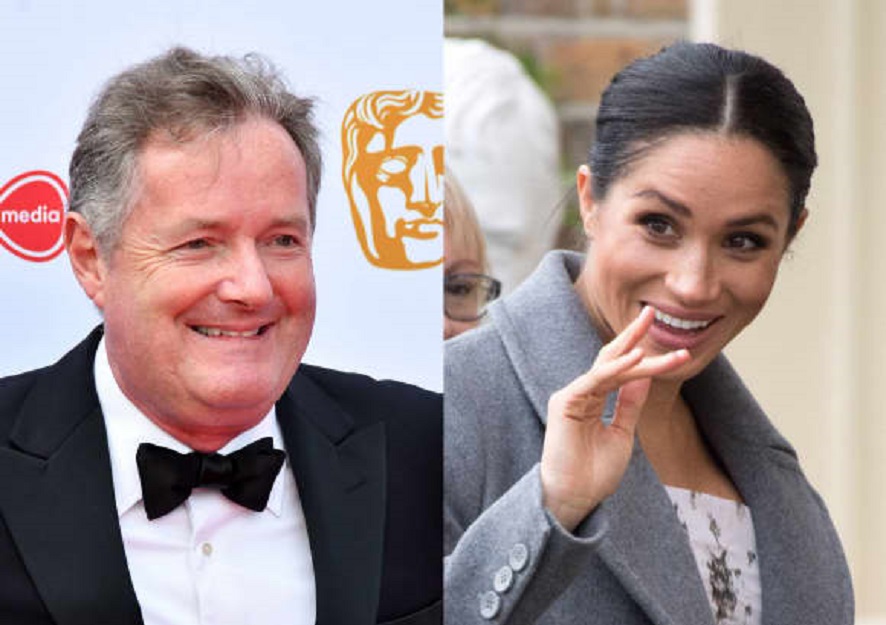 In the wake of the Meghan Markle and Prince Harry tell-all interview with Oprah, there have been mixed reactions from fans, celebrities and the British media. Notable among them is that of former Good Morning Britain host, Piers Morgan.

Morgan walked off the set of ITV’s GMB after his co-host Alex Beresford criticized him for his insensitive remarks towards the Duchess of Sussex’s interview on her family’s intertwined and twisted relationship with the British Royal Family.

Morgan said, “I’m sorry, I don’t believe a word she said … I wouldn’t believe it if she read me a weather report.”

He called Markle’s accusations of racism in the British royal family “lies”. He said the woman is conniving with her husband to disgrace not just the British monarchy but the monarch too. His exact words were “absolutely disgraceful betrayal” while singling out Markle as the mastermind behind a capricious palace intrigue.

Truth be told, Morgan has not always been this critical of Markle until after she got married to Prince Harry in 2018. There were rumors Morgan was not invited to the wedding because of an earlier “ghosting” incident that occurred in a London bar.

Morgan and Markle connected on Twitter in 2015 and they exchanged a few messages here and there. The “Suits” actress came to London in 2016 for a spring visit and to watch a couple of Wimbledon matches with her bestie, Serena Williams. Markle met up with Morgan at a pub and had conversations over dirty martinis.

In a video of a 2018 “Late Late Show” which resurfaced recently, Morgan is seen explaining what happened at the pub. “We spent two hours in a pub, she had a couple of dirty martinis, I had a couple of pints, we got on brilliantly,” Morgan told Ryan Tubridy on RTÉ’s The Late Late Show.

“And then I put her in a cab, and it turned out to be a cab which took her to a party where she met Prince Harry. And the next night they had a solo dinner together, and that was the last I heard from Meghan Markle.

“She ghosted me, Ryan,” Morgan concluded. “Meghan Markle ghosted me.”

According to Morgan, he labored under the major misapprehension that Markle was his friend. It seems that the notion was one-sided and the “ghosting” incident made him “suspicious and cynical” about her.

“Meghan Markle is a self-obsessed professional actress who has landed the role of her life and is determined to milk it for all she’s worth,” he wrote in the Daily Mail at the time. He has since followed that with over 30 op-eds on the Duchess criticizing her every move and doubting her intentions for marrying into the Royal family, according to ABC.

Now in moments leading to Morgan walking off the set, one can say Beresford touched on a highly sensitive topic for Morgan even though he had openly spoken about it before. To probably hear and visualize the link between his behavior and that “ghosting” incident drove Morgan to the point of no return, literally.

The moment Beresford implied that Morgan’s animosity stemmed from <a href="http://

For anybody wondering why Piers Morgan obsessively uses every waking moment of his huge platform to bash and shout about how horrible Meghan Markle is… she aired him. pic.twitter.com/I95MScwSoj

” target=”_blank” rel=”noreferrer noopener”>never getting called back by the woman who eventually married a prince, he walked off the set.

If Ofcom, a British media regulator, has opened investigations into Morgan’s reaction after the infamous interview after receiving over 40,000 complaints, then is it safe to say that Morgan’s ‘hatred’ for Markle got the better of him?