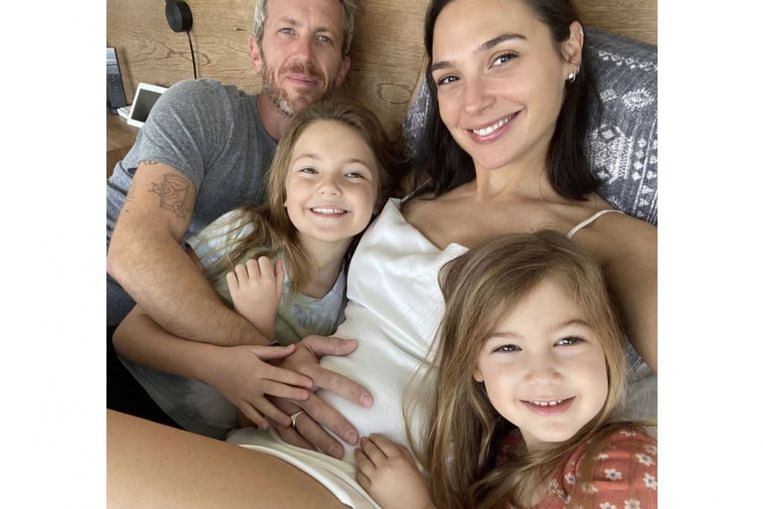 On Monday, the 35-year-old Israeli actress announced that she and her husband, real-estate developer Yaron Varsano, 45, are expecting their third child.

She showed off her baby bump in a family photo she posted on social media, which included her husband of 12 years and their daughters Alma, nine, and Maya, three.

Gadot wrote, “Here we go again”, and included the emojis of a heart and the hamsa, a palm-shaped amulet popular throughout the Middle East and North Africa which is believed to provide defence against evil.

Before Gadot confirmed the happy news, there was some speculation among fans on Twitter about whether she was pregnant, given that she had worn a loose tunic dress to the Golden Globes awards on Sunday.

She was at the ceremony in Los Angeles to present the award for best foreign language film, which went to Minari (2020), a movie about a Korean-American family seeking the American dream.

Gadot played the comic-book heroine in Wonder Woman (2017) and Wonder Woman 1984 (2020), with a third movie and a spin-off reportedly in the works.

She will also star in two upcoming films – Death On The Nile, based on the Agatha Christie mystery novel of the same title, and action thriller Red Notice, which also stars Dwayne Johnson and Ryan Reynolds.