After years of protests, Italian TV station finally bans the wearing of Blackface on its screens 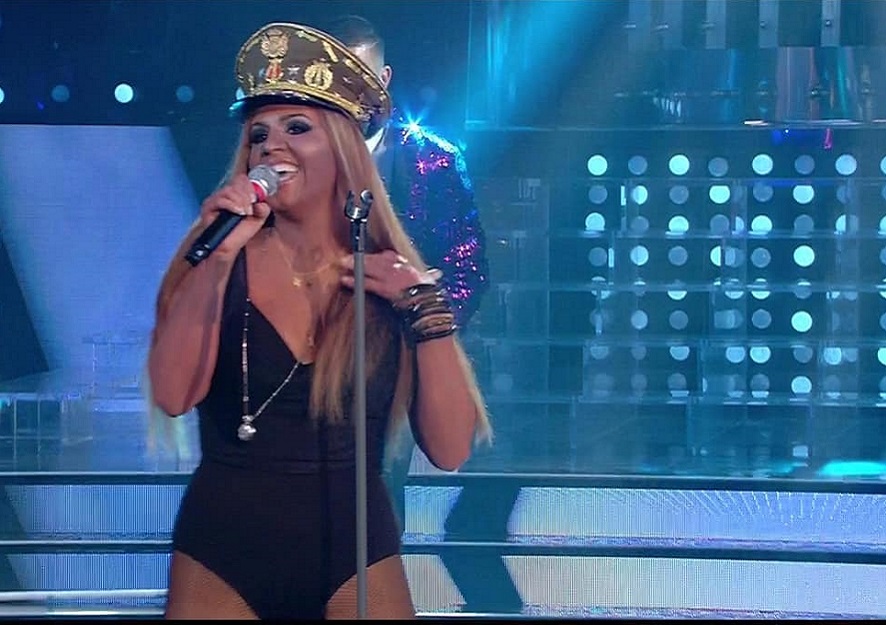 Italy’s national broadcasting company, RAI, has finally banned the wearing of blackface on its screens during programs after years of protests from Afro-Italians and activists who flat out labeled it as offensive and racist.

Over the last number of years, the television station’s popular “Tale e quale show” has come under intense scrutiny and criticism for allowing contestants to perform while donning blackface. The show features celebrity contestants battling it out for the ultimate prize by impersonating and performing renditions of songs by other musicians. Whoever emerges victorious is awarded a cash prize to donate to a preferred charity.

Since 2012, however, The Hill reports contestants have gone above and beyond to ensure the likeness of whichever artist they are impersonating is spot on. Some have gone as far as recruiting acting coaches while others have painted their faces to portray musicians they don’t share the same skin color as.

Responding to the performance on Instagram, the musician said the use of blackface to portray him was unnecessary. “Autotune and a good look were enough. There is no need to do the BlackFace to imitate me or other artists,” a translation of his post from Italian read, according to The Hill.

Following unabated appeals by the Afro-Italian community as well as groups, the national broadcasting company has finally decided to ban the wearing of blackface on its screens. The announcement comes on the back of a campaign (#CambieRai) that was started in the European nation to sensitize the public on the effects of propagating racism on public television.

The national broadcasting company made their recent announcement in response to a letter they reportedly received from a host of associations who called on the station to put a stop to the act.

“Regarding the matter you have written to us about, we would like to say immediately that we are committed – as far as we are able – to preventing it from happening again on RAI screens,” the statement said. “On the contrary, we will make ourselves the spokesman for your requests to the top management and to the directorates that play a key role in coordinating our efforts to ensure that your observations on the practice of blackface become widespread awareness.”

There have been similar incidents of people donning blackface to impersonate people on national television in some European countries. Last year, Face2Face Africa reported a Russian television station received backlash after one of its shows allowed a White actress to mimic former president Barack Obama in blackface. Just recently in Bulgaria, a White woman was also called out for wearing a Black prosthesis that made her resemble South Africa’s Nomcebo of ‘Jerusalema’ fame during a performance on a show called “Kato 2 Kapki Voda”. That show is similar to the “Tale e quale show.”

Blackface still an issue in Europe

Though the wearing of blackface is widely seen as sacrilegious and racially offensive in the United States, a number of European countries still propagate the practice.

During Christmas and New Year festivities in certain parts of Spain, hundreds of teenagers have been seen wearing blackface with exaggerated red lips to mark the Three Kings parade and Three Kings Day.

The parade marks the arrival of the three wise men or three kings – Balthazar (who is portrayed as black), Melchior and Gaspar at the birthplace of Jesus Christ bearing gifts. According to the Independent, the procession, which dates back to the 19th century, features three kings. One of the kings, Balthazar, is portrayed in blackface during the festivities and he walks through the streets dishing out sweets and gifts to children.

During one of such parades in 2019, a councilmember from the town of Alcoy denied the practice was racist, Face2Face Africa reported. “It’s in no way a racist act; it doesn’t have any racist connotation, quite the opposite. As I said earlier, we consider him to be a very beloved and highly valued character within the cavalcade itself, if it were truly a racist act, all these kids would not want to take part in this event,” the councilmember said.

This blackface depiction is similar to that of the controversial Dutch Christmas character, Zwarte Piet (Black Pete) – a Dutch folklore character who assists Saint Nicholas (Santa Claus or Sinterklaas in Dutch). Despite years of protest, the tradition continues. During this event, thousands of Dutch holidaymakers parade the streets in blackface and exaggerated lips ahead of Christmas festivities.

Last year, however, Face2Face Africa reported Dutch Prime Minister Mark Rutte admitted the controversial ‘Black Pete’ tradition is discriminatory and hoped it eventually disappears in the country. Speaking in a parliamentary debate in the wake of the George Floyd solidarity protests that were held in the Netherlands, Rutte admitted his perception about the character had changed since 2013. Rutte had initially said, “Black Pete is just black and I can’t do much about that,” DW reported.

Government mistrust plays a vital role in slowing down child vaccination progress in Africa – News-Medical.Net
Some pregnant women can get the J&J shot in South Africa – CTV News