Andrew Brown shooting: Here’s what we know so far

Andrew Brown shooting: Here’s what we know so far 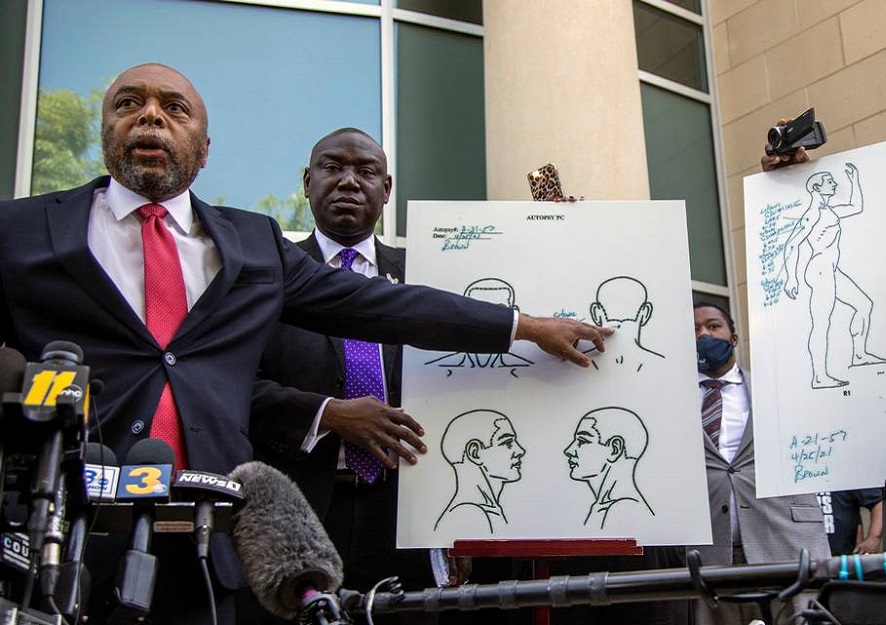 Brown, 42, was shot and killed last week during an attempted arrest. His death came a day after former Minneapolis officer Derek Chauvin was convicted of murdering George Floyd. Officials are yet to give details of the circumstances of his death while the family of the deceased are also demanding the release of footage of the incident.

The family have so far been shown only 20 seconds of bodycam footage. On Tuesday, the FBI said it had opened a civil rights investigation into the incident to “determine whether federal laws were violated”.

Here’s what we know about the shooting

A group of Pasquotank County sheriff’s deputies shot and killed Brown outside his house last Wednesday, April 21, in Elizabeth City as they attempted to serve warrants to Brown relating to a drug charge. According to witnesses, police shot Brown as he was driving away from officers.

In the body camera footage shown to the family, Brown is seen in his car in the driveway, “blocked by the sheriff’s department and sitting with his hands on the steering wheel,” family attorney Chantal Cherry-Lassiter said. The deputies started shooting at Brown. “As he was being shot at, Andrew was trying to back away from the officers and save his life, save his own life,” Cherry-Lassiter told CNN, describing Brown’s death as an “execution”.

One of Brown’s neighbors, Demetria Williams, told the News & Observer she counted at least 14 bullet shell casings on the ground.

On Tuesday, Brown’s family said he was shot five times including in the back of the head. An official autopsy is yet to be released, but Brown’s death certificate indicates that he died from a gunshot wound to the head. The family said an independent, private, autopsy showed that he was shot multiple times in the arm but died after being hit in the head. “It was a kill shot to the back of the head,” Ben Crump, one of the lawyers representing the family, said at a news conference.

Brown’s family had expected to be shown the full bodycam video of the incident before midday on Monday, however, officials delayed releasing the video to make some redactions. This is often done to protect an active internal investigation, officials later explained.

Brown’s family were eventually made to see a 20-second clip of the incident that was taken from one bodycam. They are now demanding the release of all bodycam footage from the scene. Reports say a judge will consider a formal request for this on Wednesday.

Elizabeth City has instituted a curfew between 20:00 and 06:00 ahead of the expected release of the footage, BBC reports.

Seven deputies involved in the incident have been placed on paid administrative leave. Two others have resigned and one deputy retired, Sheriff Wooten said while calling for calm as the investigation continues. “If any of my deputies broke any laws or violated any policies that come out through this investigation, they will be held accountable,” he said.

Brown, also known as Drew, was a father of seven. His mother was killed in Florida when he was young. He dropped out of high school. Since the 1990s, he had had a number of criminal and drug charges, according to a report by the Independent. The report adds that Brown lost an eye in a stabbing and was partially paralyzed from an accidental shooting. He was however fun to be with.

“…And he was kind of like a comedian. He always had a nice joke,” his aunt Glenda Brown Thomas told the AP.