Belair and Banks to make WrestleMania history with first… 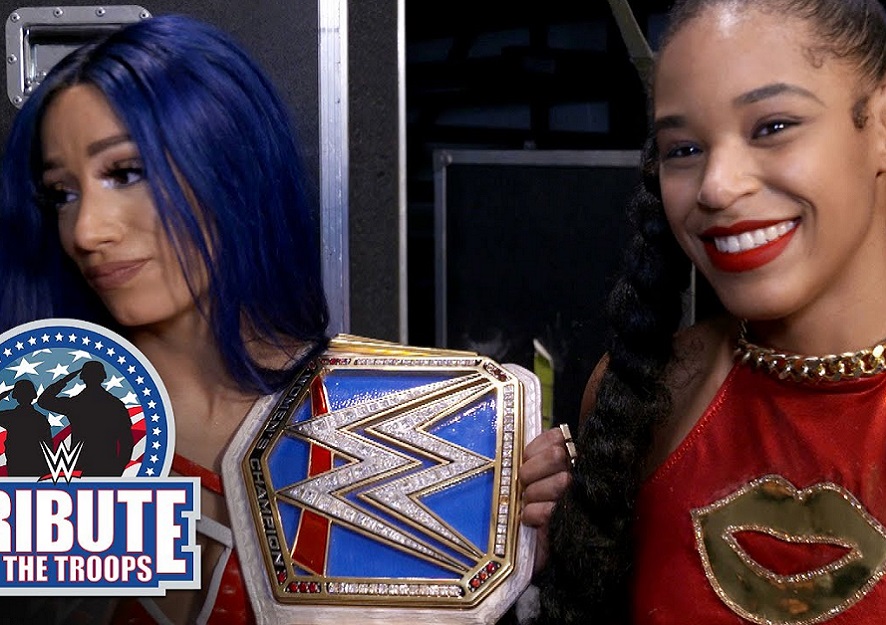 Some may refer to Bianca Belair as a rookie, but she has achieved so much in a year that many only aspire to do in WWE history. After becoming the second-ever African-American superstar to win the Royal Rumble, Blair will make history again with fellow Black wrestler Sasha Banks at the upcoming WrestleMania 37, the biggest night in international wrestling.

It will be the first time two Black women go head-to-head in a world-title match, with Belair foreshadowing the night as a “magical night.”

Many wondered why Blair chose such an experienced wrestler, Banks, for the night, and her message was clear.

“Two Afro-females, black Afro-females. What it represents is really sending a powerful message to the world. She motivates me. I see everything she’s doing, and I’m happy for her, but I wanna do it, too.”

Born Bianca Blair Crawford, she had the chance of choosing any opponent of her choice after winning the Royal Rumble in a record 56 minutes of fighting. She settled for Banks because inasmuch as the world is evolving, little Black girls who want their spotlight in such a flagship event such as Wrestlemania would one day look at their match and know they too can be in the ring. Blair claims she is the best and wants to fight against the best in this historic match.

“I’m going to WrestleMania to create history, but I’m also going there to become a Champion. That’s what I’m going to do. I’m going to show everybody that I am the strongest, and the fastest, the roughest, the toughest, the quickest, the greatest, that I’m the B-E-S-T since Sasha wants to call herself the best.

“When it’s all said and done, and I’m standing there raising the title over my head, the proof will be that I am exactly what I say I am. I’m the EST of WWE,” said Belair after announcing Banks as her choice of opponent at Smackdown.

Banks’ achievements precede her. The 2020 Sports Illustrated Wrestler of Year is a five-time RAW women’s champion and a Grand Slam winner who has broken glass ceilings in wrestling since she stepped into the ring.

She was in the first women’s Hell in A Cell match and won the first-ever Women’s Tag-team Championship with Bayley. Banks participated in WWE’s first Iron Woman match and was among the first women to headline a WWE Pay-per-view match with Charlotte Flair in 2016.

Women in WWE owe a lot to Banks and the other members of the Four Horsemen because Banks helped pioneer the future of women in WWE and has laid the foundation for people like her opponent, Belair to have their day in the ring, according to The South African.

Belair has always been an athlete, but she was into track and CrossFit while in college and describes her journey into wrestling as unique, only transitioning into professional wrestling after an injury while CrossFit Training.

In her own words, “I didn’t find wrestling, Wrestling found me.” She joined NXT in 2016 and has been on the rise to fame since then.

After being drafted into Smackdown in October 2020, she qualified for the women’s Survivor series defeating her opponents, Billie Kay, and Natalya in a triple threat match. Belair then did stints with Street Profits but stepped out from their shadows and is now the Royal Rumble champion.

The WrestleMania match will not be the first time Banks and Belair share a ring. The pair worked together as a tag team in the Women’s Tag Team Champions and lost at the Elimination Chamber and Fastlane. Things turned ugly between them and many are anticipating the Friday Night Smackdown between the veteran and “rookie wrestler” might just be an extension of their feud.