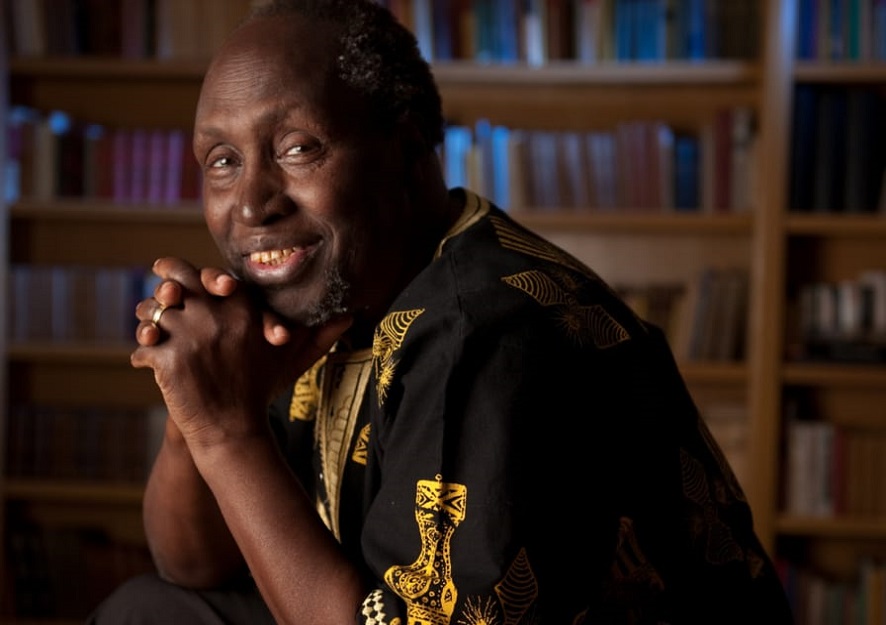 Kenya’s Ngũgĩ wa Thiong’o is the first writer to be nominated for the International Booker Prize as both writer and translator of the same book. He is also the first-ever nominee for a work originally written in an indigenous African language.

In the award’s 16-year history, Thiong’o has made history writing his epic novel, The Perfect Nine: The Epic of Gikuyu and Mumbi, and translating it from the original Bantu language, Gikuyu, into English.

The book, which tells the origin story of the Gikuyu clan, is a blend of folklore and mythology about the first man and woman created according to Kenyan legend.

Judges described the novel-in-verse as “a magisterial and poetic tale about women’s place in a society of gods,” according to The Guardian.

It talks about nine sisters and their quest to find a magical cure for their youngest sibling, who cannot walk.

Thiong’o is known for writing several books and for his unending fight for recognition and use of indigenous languages. His writing career dates to the 1960s. He is the author of many award-winning novels, plays, short stories, and essays including the “Wizard of the Crow”, “Weep Not, Child”, and “The River Between”.

For his work in literature, Thiong’o has been recognized all through his life with awards such as the Lotus Prize for Literature and National Book Critics Award, among others. He has also been conferred honorary degrees by different universities across the world.

One of his first plays “Ngaahika Ndeenda”, a native Kenyan word for “I Will Marry When I Want”, set in post-independence Kenya in 1977, was banned by the then Kenyan government because of its thought-provoking plot, which authorities saw as a threat to the status quo.

His recognition has come from a repressive past, where he was imprisoned for more than a year at Kamiti Maximum Prison. Thiong’o fled to the United States with his family in 1978 to seek asylum because the then-government considered his writings treasonous.

13 books were nominated for the Booker Prize this year from 12 countries and the books have been translated from 11 languages. The other African author to make the list is Senegalese-born David Diop, who was picked for his second novel, At Night All Blood is Black.

Diop’s book follows the experiences of two Senegalese soldiers fighting in World War I for the French. The judges described it as “like nothing else in terms of tone and power, it is a blinding revelation, an incantatory work of kinship and terror.”