Egypt seizes ship that blocked Suez Canal; asks for compensation of about $1bn 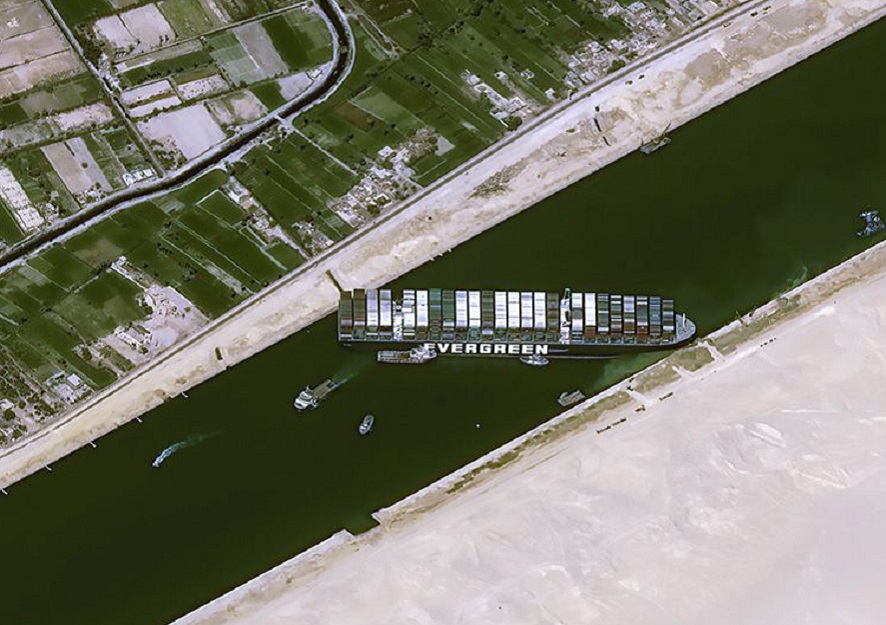 If the owners of the Ever Given cargo vessel that blocked the Suez Canal for almost a week do not pay Egypt’s Suez Canal Authority (SCA) a sum of $916 million, the ship will continue to be held by the North Africa authorities, reports say.

Earlier on Wednesday, Bernhard Schulte Shipmanagement (BSM), the managers of the 1,300-feet-long vessel confirmed that while the ship has been granted permission to dock at Port Said on the northern coast of Egypt, they have also been informed that authorities will impound the ship if the said amount of money is not paid. One of the ship’s insurers, UK Club, also confirmed the decision by Egypt and said it had responded.

“Despite the magnitude of the claim [by Egypt] which was largely unsupported, the owners and their insurers have been negotiating in good faith with the SCA. On 12 April, a carefully considered and generous offer was made to the SCA to settle their claim,” UK Club stated on Tuesday. The insurers also clarified they were to oversee only claims relating to obstruction or the ship’s infrastructure. Another insurer is responsible for the goods on board.

An Egyptian court ruled on Tuesday that the Ever Given’s obstruction in the canal held damaging financial repercussions for the SCA and for Egypt. The court then ordered Shoei Kisen Kaisha, the Japanese ship owner and lease company, to pay the amount in compensation.

What the Suez Canal means to Egypt and to the world

Over 10% of global trade passes through the Suez Canal. It is unimaginable that you have not been impacted by the general goods and commodities that sail through the canal. American and Russian oil, Chinese technology, Japanese cars, East African raw materials and Indian foods all pass through the Suez canal.

Pliable trade routes make globalization possible and wider. One change in one corner of the world has the potential of affecting us all. According to maritime journal Lloyd, every day, $9 billion worth of essentials sails through the canal on more than 50 ships. Global oil prices jacked up by 6% when the Ever Given blocked the waterway.

Black Coffee: South Africa`s rags-to-riches DJ rocks on despite Covid – WION
Worth $400m, Shaq makes more money now than he ever did in his playing years. Here’s how