How the volcanic eruption in St. Vincent threatens about 10% of entire populace

How the volcanic eruption in St. Vincent threatens about… 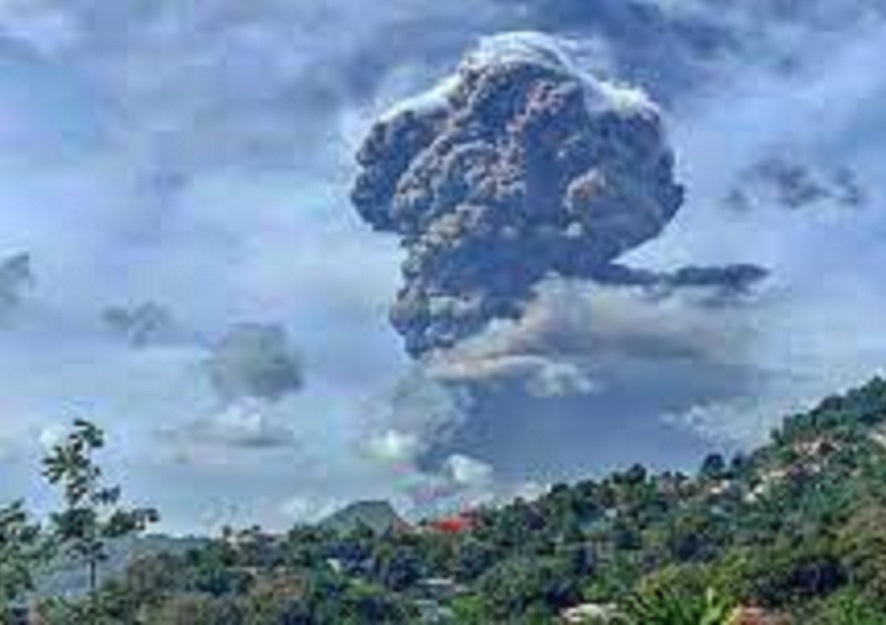 People in St. Lucia have been warned that the quality of their air will be affected by the ashy repercussions of the volcano eruption in St. Vincent, about 50 miles south. This is after reports say Barbados, which is 120 miles east of St. Vincent, is already having to contend with the geological catastrophe.

Perhaps, this is a proper context within which to see what St. Vincent itself, the main island in the archipelagic Caribbean nation of St. Vincent and the Grenadines, has been trying to deal with since the volcano erupted on Friday. Four days after that blast, The Guardian says between 16,000 and 20,000 people have had to find new homes. St. Vincent and Grenadines hold a total population of a little over 110,000 inhabitants.

The volcano, La Soufrière, “continues to erupt explosively with the production of copious amounts of ash”. As it is, the “[e]xplosions and accompanying ash fall, of similar or larger magnitude, are likely to continue to occur over the next few days impacting St Vincent and neighbouring islands”, the Seismic Research Center in the West Indies warned on Monday.

Prime Minister Ralph Gonsalves confirmed that no casualty has occurred and warned his country to “try and keep that record”. Gonsalves has also said that his country would need hundreds of millions of dollars to help it bounce back on its feet.

A country built on agriculture and tourism, St. Vincent farms are being destroyed even as continuous eruptions and COVID impede visits. Water supplies have not been spared as many water bodies have been contaminated. Parts of the county have been without electricity since the first eruption.

The entire land surface area of St. Vincent and Grenadines is about 150 square miles, making it one of the most densely populated places on earth. More than 90% of the inhabitants live in St. Vincent, the north of which is La Soufrière. As such, about one in every ten people in St. Vincent has been forced to move from home, per the numbers reported by The Guardian.

Government shelters have taken in about 3,000 people but neighboring countries Grenada, St. Lucia and Antigua have all opened their borders to shelter some of the thousands who have been left homeless.

La Soufrière has erupted five times since 1718 but it has been dormant since 1979, ten years after the country gained independence from Great Britain. When it erupted in 1902, La Soufrière killed 1,600 inhabitants of the island.