Meet the founder of ‘WhoseYourLandlord’, the platform connecting renters with good home providers

Meet the founder of ‘WhoseYourLandlord’, the platform connecting renters… 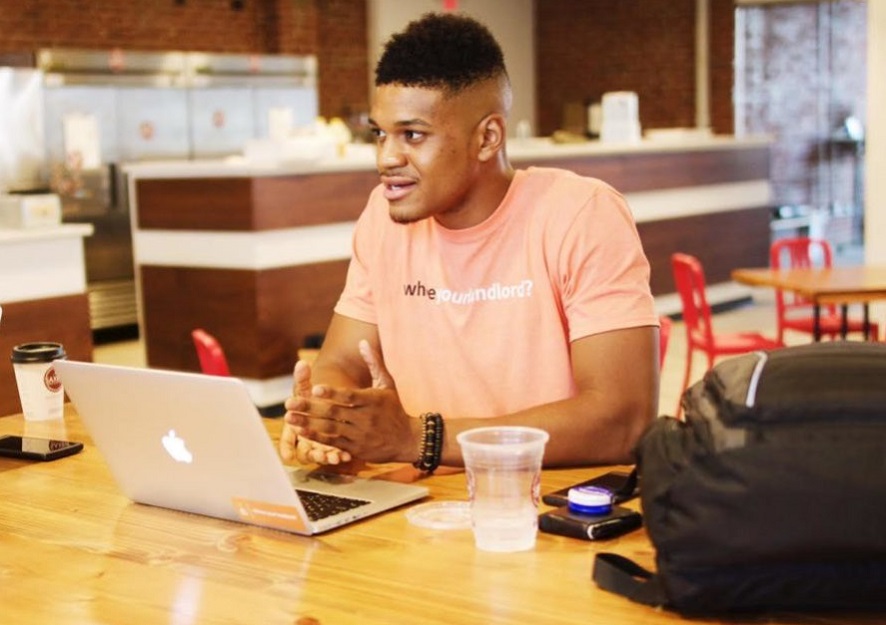 Many desire to rent a place where they can have a good landlord. While the idea seems impossible, a Black founder has created a solution that allows renters to have a fair idea of the property they are moving into and its owner.

Ofo Ezeugwu had the idea during his days at Temple University when he was the VP of the student body. He heard horrific stories of students who lived on and outside campus about how they are being harassed by their landlords or living in infested apartments.

“I was running for the VP of Temple’s student body during my junior year (2012). At one of our late-night meetings, we were discussing ways to help students with off-campus living,” he told Techcrunch.

“I thought aloud, ‘what if students could rate their landlords, that way those coming in behind them would know what to expect before ever signing a lease?’ The students loved the idea and our team eventually won the campaign with, at the time, “Rate Your Landlord” on our platform,” he said.

Ezeugwu founded “WhoseYourLandlord”, which allows users to submit reviews of their landlords to help potential renters to avoid difficult and troublesome landlords. WhoseYourLandlord, a multipurpose online platform, is also aimed at increasing housing literacy in communities.

Since launching the platform, WhoseYourLandlord has raised $1.1 million and reviewed by some 22,000 landlords across over 250 cities in the United States. The ApartmentTherapy.com describes the platform as “The MVP of Landlord Review Sites.” Ezeugwu’s initial funding, about $25,000, was from family and friends and he secured an additional $20,000 from pitch competitions.

Ezeugwu has received many questions regarding the name of his company. But he explains that he chose the possessive form of the word “who” because he is giving renters ownership of the situation by putting housing in their hands.

“Here at WYL, we truly believe in the concept that knowledge is power. The ability to move word of mouth onto an online platform that can be of more use in highlighting positive people to work with and revealing negative situations prior to you finding yourself in one is tremendously needed,” he said.

The Philly native was recently recognized as a Disruptive and Innovative Entrepreneur by NBCUniversal and New York On Tech. In 2018, he was named the Young Professional of the Year by the African American Chamber of Commerce and also named as one of BET’s #30Under30.

He is also a model and actor who has been featured on the Today show, Philly Fashion Week and Brooklyn Fashion Week, BET reported.

Ezeugwu has been instrumental in the fight against Covid-19 in Philadelphia where almost half of residents are renters. The pandemic led to job losses and many struggling to renew their rent bills. He partnered up with Walmart to disburse $25,000 for rent relief to help 50 Philadelphia families amid the COVID-19 pandemic, according to abcnews.

“With everything happening amidst COVID, in one of our meetings they were asking us to highlight issues that we’re seeing they could help us address,” said Ezeugwu. “And I was like ‘look my company is in the housing space. We have a non-profit that’s focused on the intersection between housing and mental health.’”