A New Jersey teacher called George Floyd a ‘criminal’ in class, he is now suspended 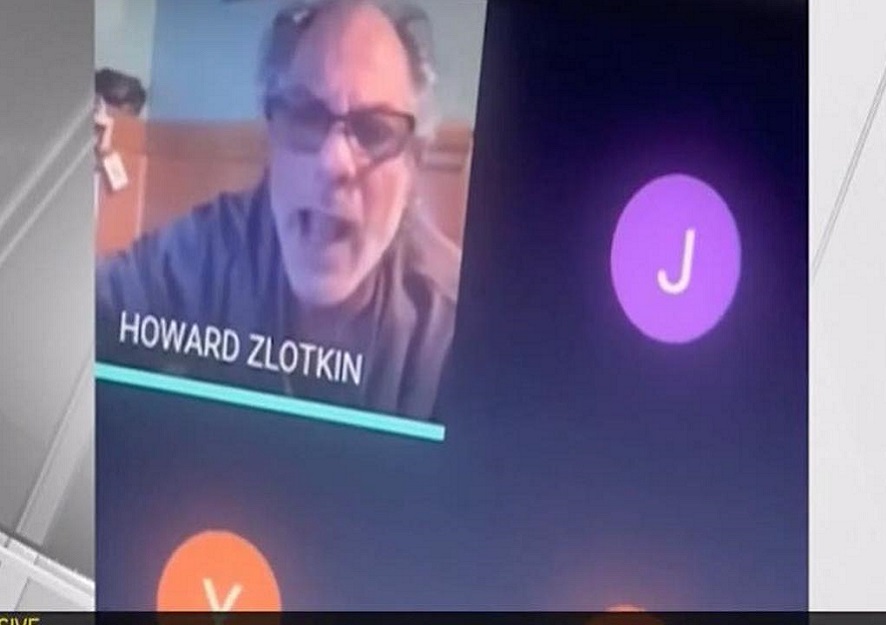 A high school teacher in New Jersey has been suspended after going on a racist rant and calling George Floyd a “criminal” in a virtual class.

Students at William L. Dickinson High School in Jersey City were having a class about climate change on Zoom last week when their science teacher Howard Zlotkin suddenly started talking against Black Lives Matter and Floyd, the unarmed Black man murdered by a Minneapolis police officer.

A video obtained by WNBC shows Zlotkin, who is White, telling the class of about 15 students that people are “whining and crying about Black Lives Matter.”

“He [Floyd] got arrested and he got killed because he wouldn’t comply and the bottom line is we make him a f—–g hero,” Zlotkin said in the recording. He also chided his students for making criminals into heroes “because they’re Black or because they got a bad story”, according to The New York Times.

A student who filmed the rant with her phone notified school authorities. She did not get any response so she contacted a local news station, NBC New York, which went ahead to report on the story. Zlotkin has since been suspended with pay while an investigation is ongoing, said Mussab Ali, the president of the Jersey City Board of Education.

“The comments made by this individual are not representative of our district or our city,” Ali said. “In June of last year, our Board of Education passed a resolution declaring racism as a public health crisis in light of the horrific murder of George Floyd.”

Zlotkin is also an adjunct professor at Hudson County Community College. The college has also suspended him with pay, pending an investigation.

Dickinson High School’s student population is 47 percent Hispanic and 15 percent Black, according to a report cited by The New York Times. Eighty-five percent of students are minorities.

One of the students that was present in Zlotkin’s class, Timmia Williams, told WNBC that Zlotkin appeared to target Black students. Williams’ mother, Margie Nieves, said her daughter cried about the incident. “She was crying. She came to me, tells me, ‘Mom why is it there’s a problem with my skin?’” she told the local station.

Meanwhile, Zlotkin said the video in question is a “very well-edited sound bite,” and he would one day love to give his side of the story.

46-year-old Floyd passed away after former Minneapolis police officer Derek Chauvin knelt on his neck for over nine minutes. Floyd’s death triggered a wave of nationwide protests against police brutality and racial discrimination in the United States, with people calling for swift reforms. The protests eventually spread to other countries.