Fashion And Power: ‘The African Lookbook’ : Goats and Soda – NPR

Fashion And Power: ‘The African Lookbook’ : Goats and… 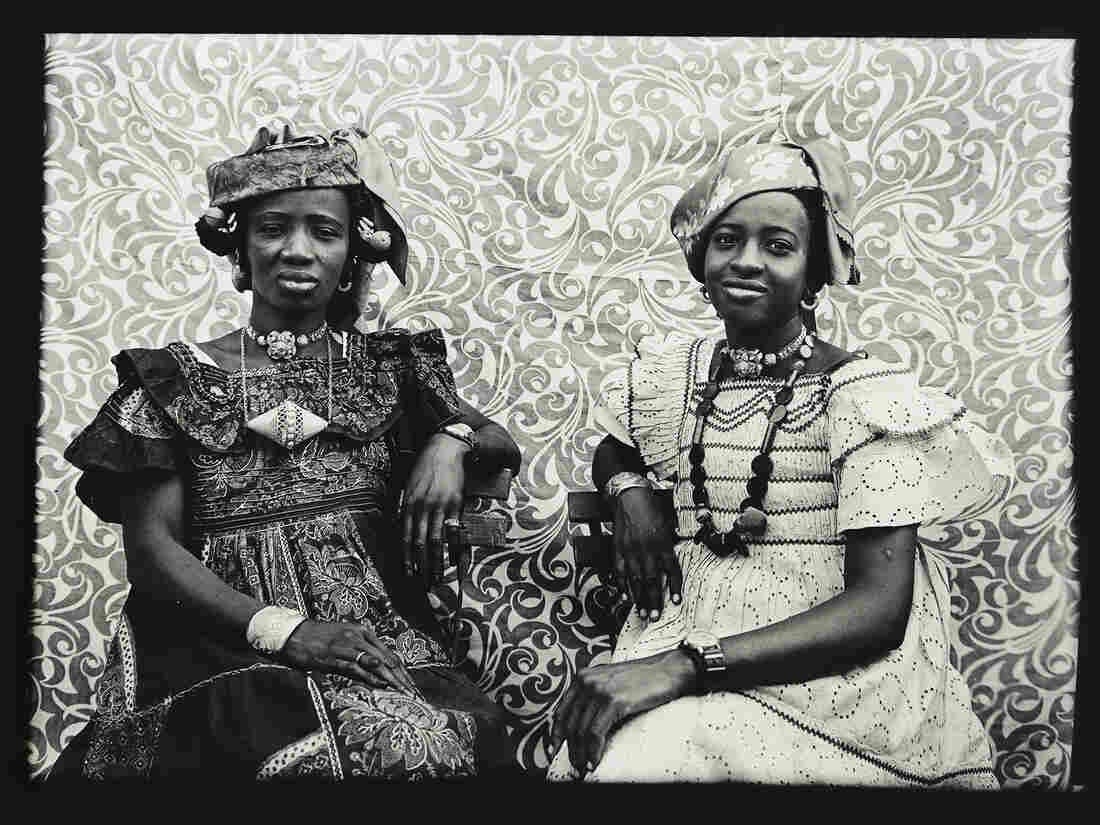 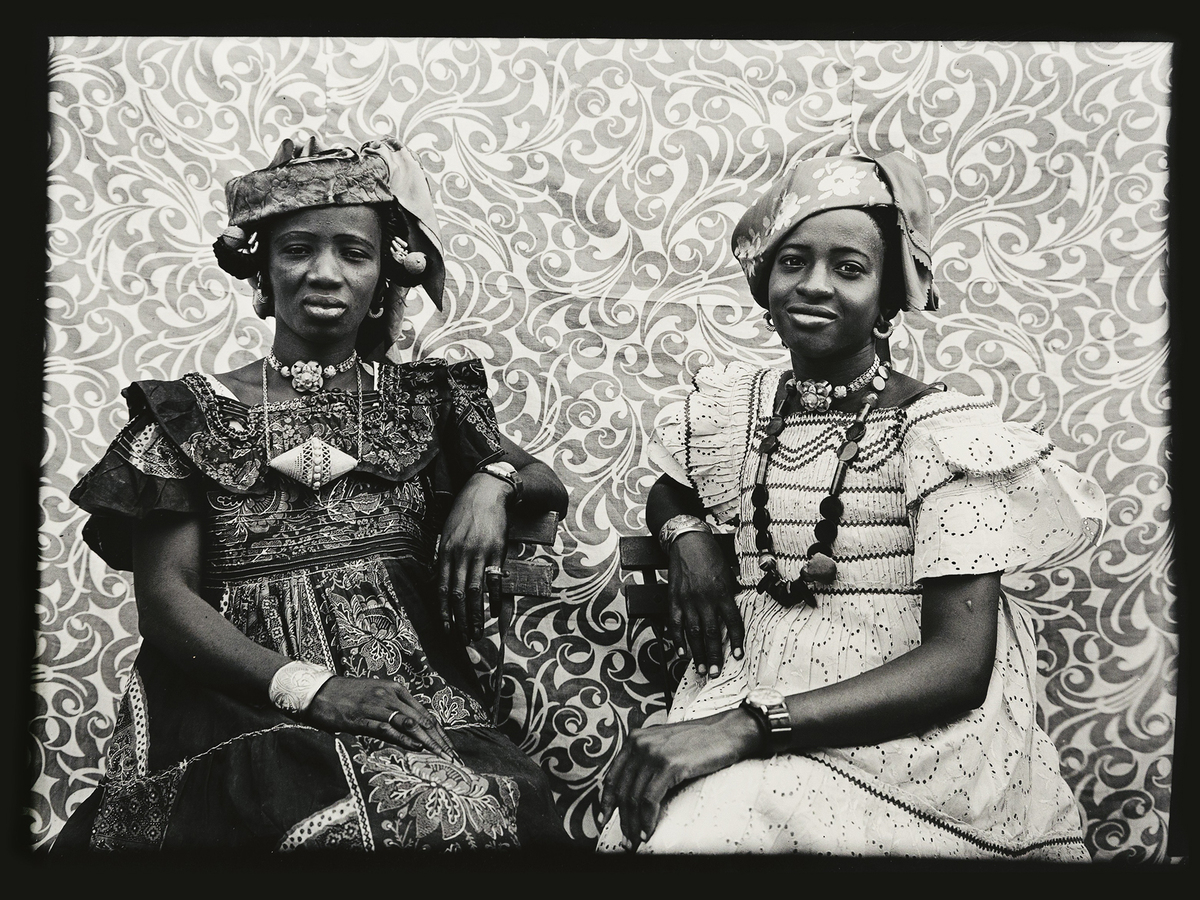 In the fashion world, a “lookbook” is a collection of photos highlighting, say, a fashion designer’s work or a fashion model.

The African Lookbook has a different agenda: images that present a stereotype-busting way to look at African women, their relationship with fashion — and their ability to turn the sewing machine from a tool synonymous with toil, lack of choice and oppression into a means for them to achieve economic power.

Indeed, African American author Catherine McKinley bends, stretches and tears the fabric of what mainstream history has been telling us about African women in the clothing industry with a visual history of the 100-year span her book covers.

“I have looked at photography over time — and in the colonial lens, there was always a deliberate effort to make African women look ugly,” McKinley told NPR. “Photos such as puberty rites photos: It’s almost like colonialists took the most abject, most degraded girls and put them up for entertainment.”

The book also echoes McKinley’s own sense of self as an African American woman. She professes an intimate connection to the photos — as if each person were someone she knew.

McKinley spoke with NPR about her book, published in January. The interview has been edited for length and clarity. 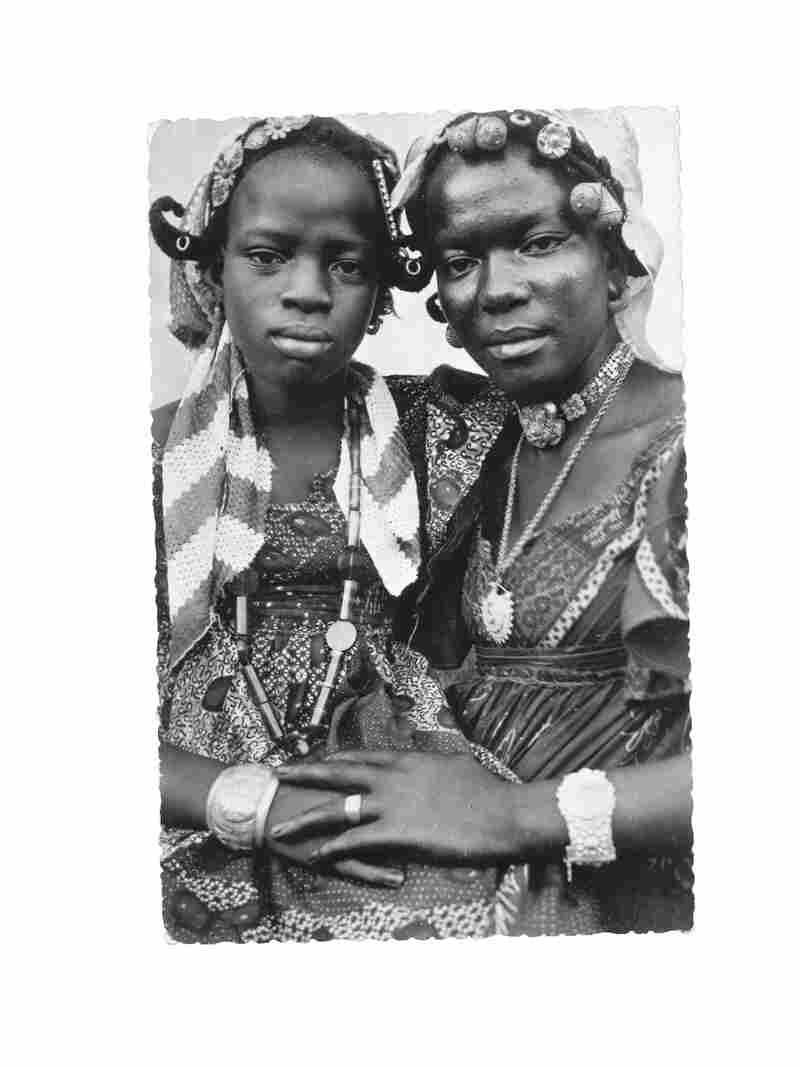 Untitled photo from Mali in the 1950s. The McKinley Collection hide caption 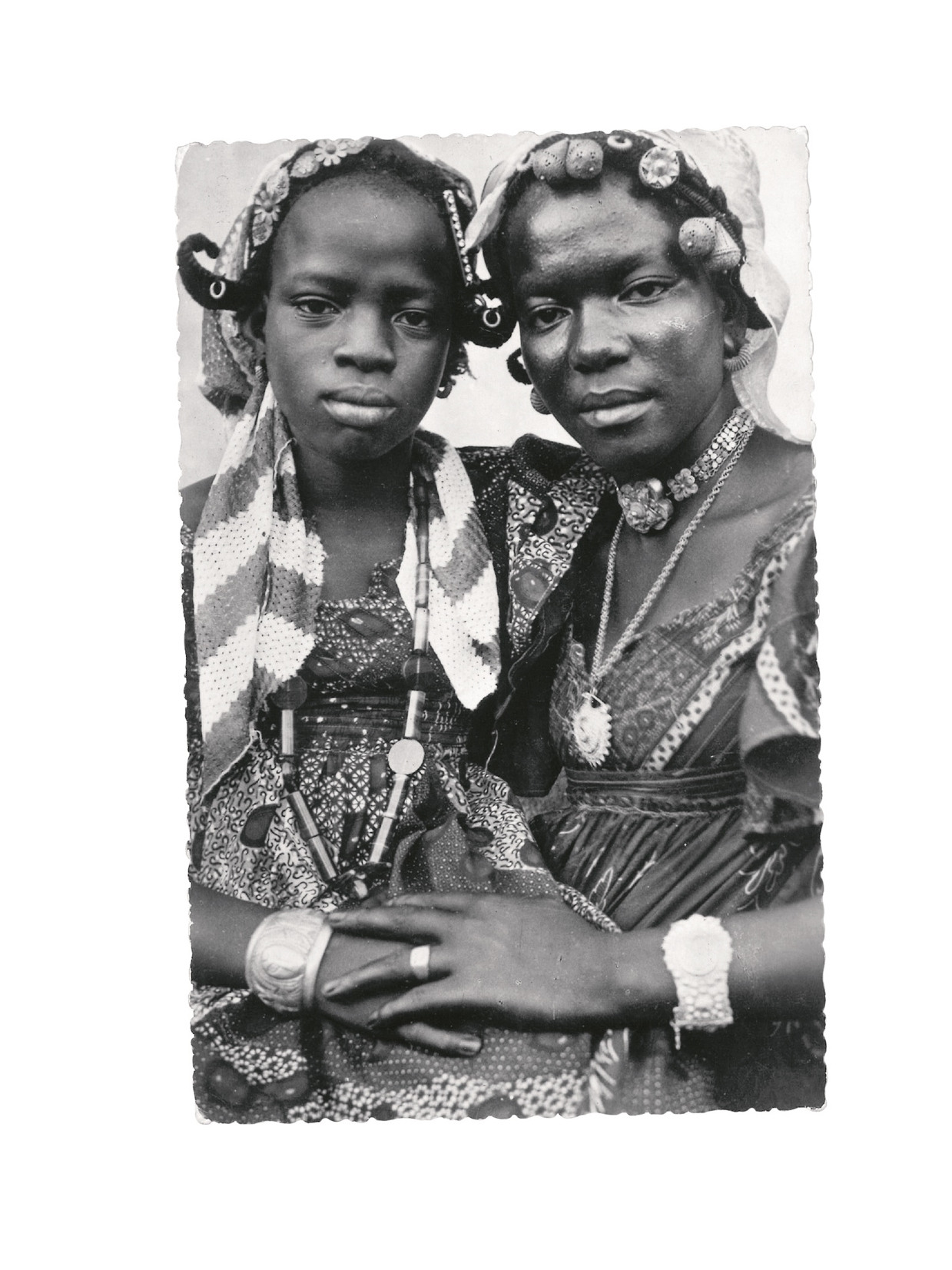 Untitled photo from Mali in the 1950s.

How did your love for African cloth and women’s fashion come about?

I’m a late ’60s, ’70s, child and I think a lot of it is a kind of nostalgia of that era of Pan-Africanism. As a child, I saw these images of African American families and artists like Maya Angelou, Nina Simone, W.E.B Dubois and Shirley Graham DuBois, Bobby Lee and others who lived and traveled in Africa. I always wanted to [remain in touch with the nostalgia of that era] somehow, which was the beginning of my love for textiles.

I lived in an all-white town in Massachusetts that was kind of socially cut off. There was a woman there from Sierra Leone. She was a nurse, and we became very close friends. She gave me a dress once, and the dress was just significant for me. It was the closest I could get to her and what she represented to me as a mother figure.

Sewing machines have troubling history. They arrived on the African continent very close to the time the camera came: around the mid-1800s. They were reserved for the colonialists to use — primarily for making uniforms and clothing for the Empire and to piece together cloth they [colonists] then used in exchange for slaves in the trans-Atlantic slave trade.

Unlike the camera, Africans were able to quickly democratize the sewing machine, and you would find it in almost every household of some means, on the streets, in ateliers and as part of dowry lists. This made me think again about all the possibilities for this thing — not only in the sense that you can make something beautiful for yourself and others but that it really is an economic tool. 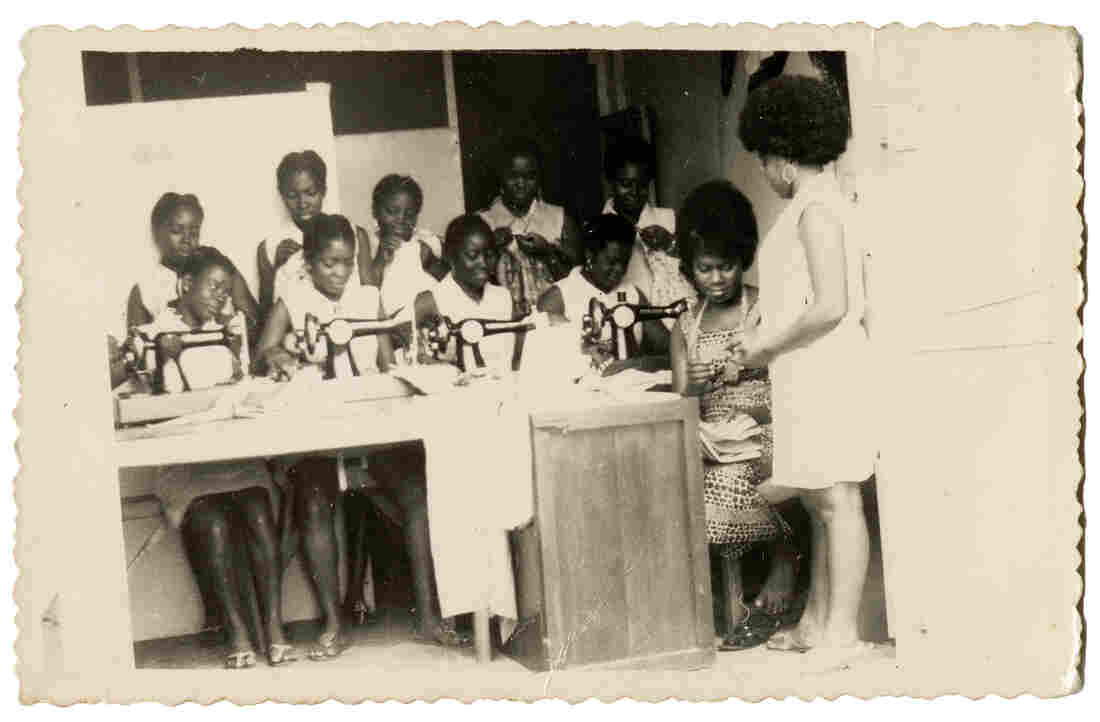 Africans were able to quickly democratize the sewing machine when it arrived to the continent in the mid-1800s. The photo is from Ghana, 1970s. The McKinley Collection hide caption

Throughout the book, you speak about cloth as currency and wealth. But you also highlight that West African women in the 1960s were spending between 12-19% of their income on fabric. How can cloth be a source of wealth when people spent so much of their income on it?

I think we have to look at that consumption as a kind of banking and an economic system. A lot of that expenditure on cloth would be used as a kind of capital, even if women were using it to sew a dress.

Dresses were sewn to still preserve the yard: They would never actually cut the cloth when making a skirt. Rather, they would fold the extra cloth inside so that the skirt could be reopened and there would be two or three yards to recycle or reuse. It was an important source of financial wealth, as women could use the extra cloth to make more clothes for themselves or sell the cloth to other women.

Women traders could get store credit from other female traders and then acquire more cloth and more income and insert themselves in the system. It’s a kind of interesting and very complex banking system.

Going through your images, I couldn’t help but think of how fashion was used by women in Southern Africa in various liberation struggles. Who was your favorite and why?

I go back to South African singer Miriam Makeba all the time. Because she is so stunning — period. Her fashion history told an entire story of Pan-Africanism and liberation on the continent — a more accurate story of the continent than the textbooks. The iconic photo of her in a leopard-print dress from 1966 is the ultimate expression of modernity, dignity, glamour and selfhood. Every woman should have a dress like that. That is defiance and politics at its best, given the context where African people were subjugated and depicted in a negative light [Makeba is remembered as a symbol of the anti-apartheid struggle in South Africa as well as a fighter against racism worldwide.] 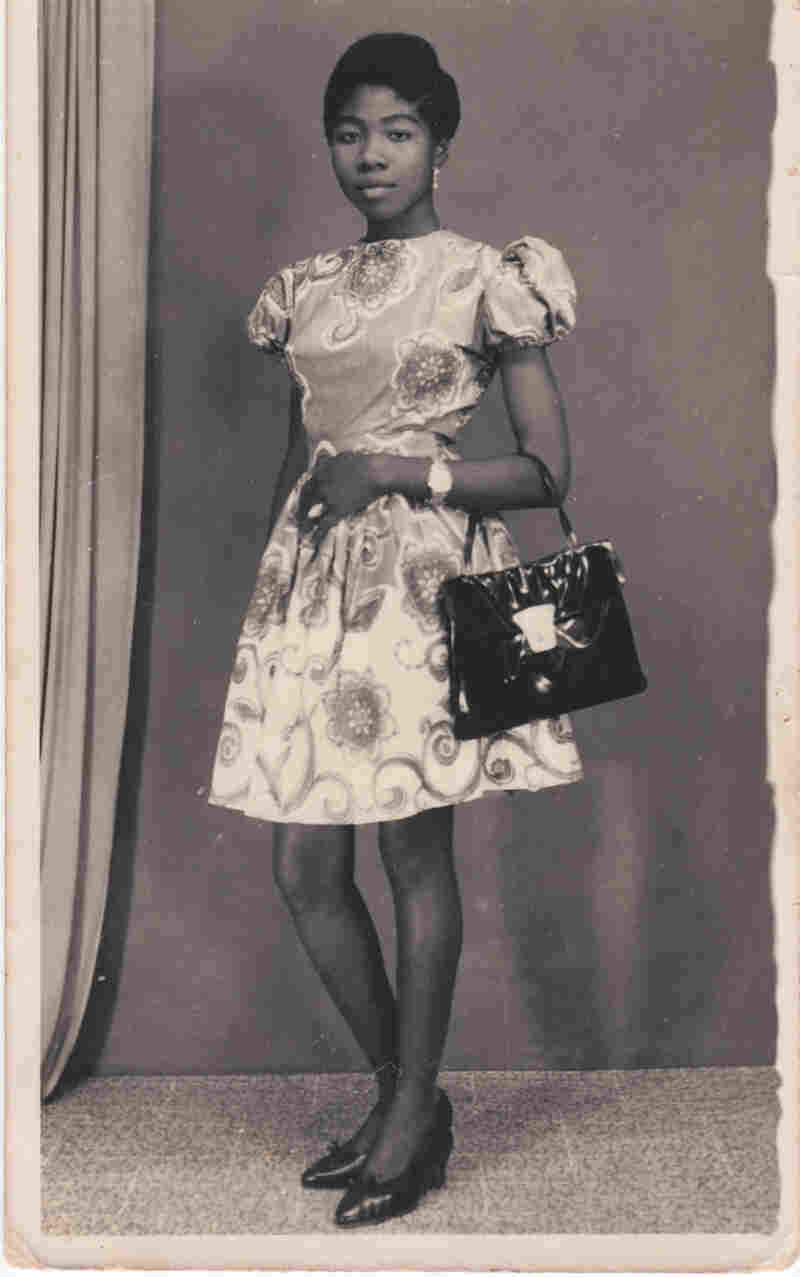 “Aunty Koramaa is my muse of 25-plus years,” says African Lookbook author Catherine McKinley. “She is from Accra, Ghana — a woman who has an impeccable sense of style.” The McKinley Collection hide caption

Where are African women participating in the textile industry today?

I think there are many more possibilities for fashion entrepreneurs. I’ve noticed in Ghana that more high-level sewing schools are coming up, with all kinds of new German and Japanese technology. I mean, the internet has just revolutionized the fashion industry.

The textile industry is still lagging, though, and the secondhand clothes imports from Western, high-income countries to Africa are a scourge to the environment, public health and the economy.

We need to have conversations about how creatives on the African continent can insert themselves into the fashion economy. We need to shift our discussions from fashion and spectacle to a politicized understanding of both pleasure and the trade and power systems in which it operates.

For me, African textiles and fashion are a huge part of my education and a part of my expression of closeness and who I am as a Black woman in the world. The point in investigating the history of textiles in Africa is then to give ourselves the spiritual and sartorial and social freedom imbued in them.