How a Black high school softball player was forced… 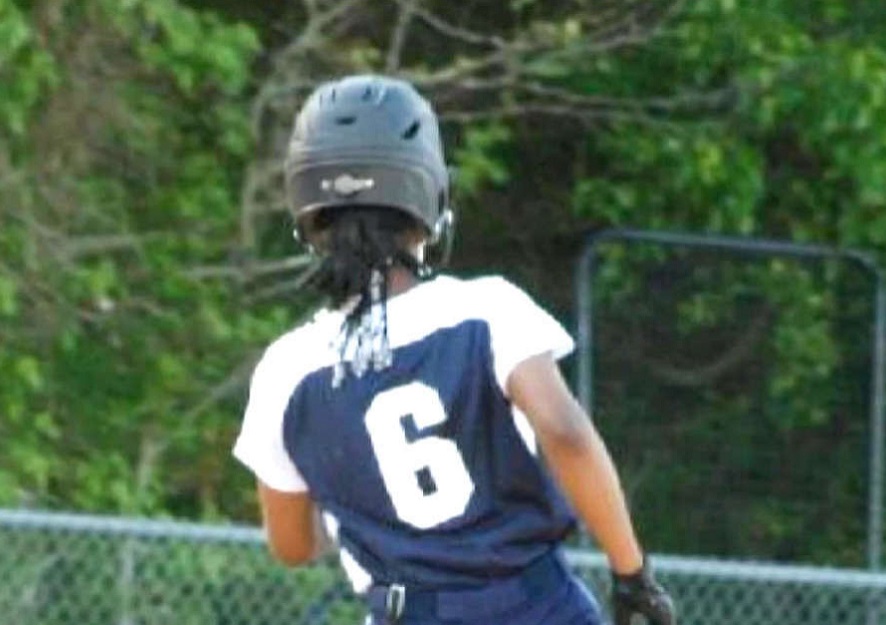 All Nicole Pyles wanted to do on April 19 was to see her high school softball team win the final game against Jordan High School. However, the game turned sour for Pyles when she was asked to remove the beads in her braids in order to continue the game. The hustle of taking it off inevitably meant she had to cut her hair in the middle of the game in what seemed to be the most embarrassing moment of her life.

“My team, all of my friends were cutting out some of my beads. They snatched some of the beads out of my hair,” described Pyles. “I felt just so embarrassed and disrespected and just distraught at that point.”

The Durham, North Carolina native plays for her school, Hillside High School. She has used her braided hair with beads throughout all her games until that final home game of the season when the umpire said her hair obstructed him from seeing her name on her jersey.

The 16-year-old thought she could salvage the situation by tucking in her beaded braids into her shirt and sports bra to make her name visible but according to ABC News, that did not cut it either for the umpire.

The rule book of the game was pulled out and used as the basis for the second complaint. The umpire called Pyles out for violating the rules and the only way forward for her was to be compliant or risk the consequences that may befall her team.

“I felt disrespected and I felt humiliated,” Pyles said. “I truly felt like in my heart that it was not a choice … That’s my team, so I will stand by them no matter what,” she continued, adding, “Beads are not going to be the reason we don’t win a game.”

The National Federation of State High School Associations (NHFS) rules categorically state the required uniform for all athletes in high school across the nation. The rules ban student-athletes from wearing hair beads, plastic visors and bandanas on any softball field. “Further, according to NFHS Softball Rule 3-5-1, before the start of a contest, it is the responsibility of each coach to verify to the plate umpire that all his or her players are legally equipped and that players and equipment are in compliance with all NFHS rules,” a statement from the NHFS said.

Braids and their accessories are a part of Black culture and identity but Pyles was not ready to let that get in the way of her teams’ efforts throughout the season, especially in the final home game where they were in the lead. That is why she obliged and took them off, she said.

“My hair means a lot to me … I’m not going to let braids take away from who I am on the field and off the field, but it is a part of me and no, I don’t want that to be stripped away from me,” Pyles said.

According to the executive director of NFHS, Dr. Karissa Niehoff, the rules are not new as they are in place to ensure the safety of students during games. She however admits that the situation could have been handled better to eliminate the humiliation the teenager endured in front of her peers and audiences.

“The rule was never intended to address any kind of prohibition of a culture or ethnic group or even a hairstyle that might be most comfortable for a participant,” Niehoff said.

“It’s most unfortunate that her experience was one of the multiple games where it was okay, and now suddenly it’s not okay, and how that was communicated and then played out is just extremely unfortunate and that would never be our intention for that to happen,” Niehoff added.

Julius Pyles, the father of Pyles, is not having any of it because he believes authorities handled the situation abysmally, leaving his daughter distressed. To him, the rules are culturally insensitive and he is demanding a formal apology from the powers that be to his daughter and her teammates for the humiliation.

“I want the world to know how I feel as a Black man, and as a father that my child had to be ridiculed in order to play a simple game,” he said.

Durham Public Schools released a statement on Wednesday supporting Pyles and labeling the ban on hair beads “problematic” because the school district supports the CROWN Act, a legislation that bans hair discrimination, especially among Blacks. “DPS supports our student-athletes and their right to self-expression in a manner befitting their culture, consistent with safety in training and competition.”

“We believe the blanket ban on hair beads is culturally biased and problematic. We support our student, Nicole Pyles, and believe this rule should be amended. We frown on any rule or policy that promotes cultural insensitivity or does not reflect the ideals and principles of DPS and our employees,” the statement said.

In view of the recent happening, the NFHS Softball Rules Committee will meet in June to discuss and assess the guidelines pertaining to its athletes. Niehoff added that the committee will prioritize making the rules more inclusive so they become a true reflection of the diverse student-athletes nationwide.

“We would never intend for a young person to be feeling anything in the way of humiliation, embarrassment, certainly, an affront to their culture or their race or their ethnicity, their religious background,” Niehoff said.