How this 89-year-old viral tutor is making math simple… 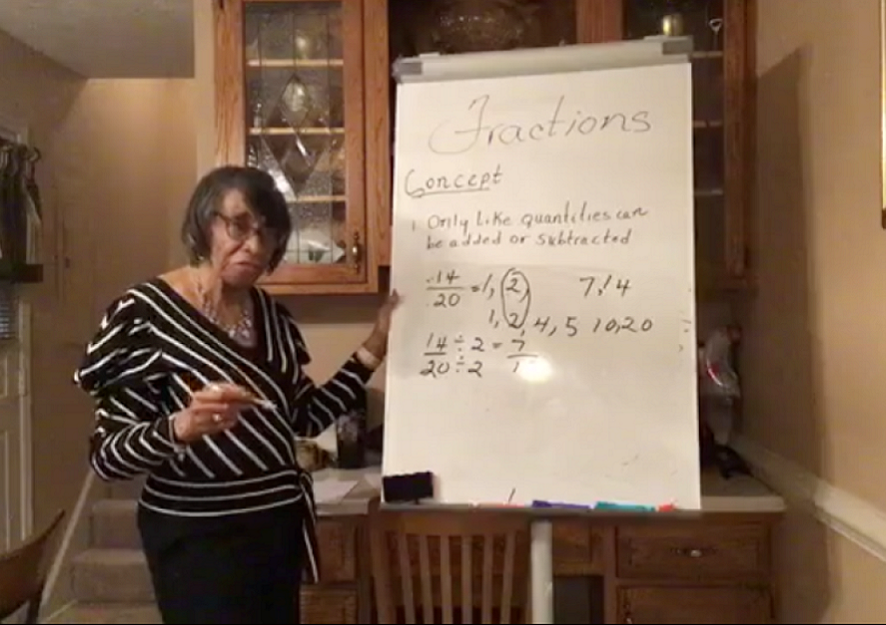 Mathematics is a subject that most students dread but an 89-year-old math tutor is changing perceptions and creating many math lovers one Facebook Live at a time. Delores Spencer is a seasoned math teacher who retired from the school system more than two decades ago and has been tutoring on the side since then.

The first time Spencer stepped into the classroom to teach was in 1954 but her passion to impart knowledge, specifically recruiting ‘math soldiers’, is still blazing nearly seven decades down the line.

Though she is way past her retirement age, Spencer does not seem to be slowing down anytime soon because there are many students in the United States and the world over who are benefitting from her virtual tutorials dubbed  “Mrs. Spencer’s Math Lab.“

The concept was made a reality in April 2020, with the help of her godson, John Wilson III. She gives free lessons on Facebook Live for students and parents who are struggling with mathematics and are unable to access tutors due to the COVID-19 pandemic.

“I came up with the idea because I realized that parents are struggling to try to teach their children math. Most parents have the attitude of, ‘Well I didn’t do well in math and it’s all so different now,”’ said Spencer to News 3.

“My thing is emphasizing and understanding the concepts because that’s what transferable when you go to another level,” she added.

She believed it would also serve as a guide for families hoping to transition into homeschooling since virtual classes have become the norm in recent times. The prolific math teacher’s approach to teaching topics like fractions, division, and algebra has won many hearts and transformed many lives, with her videos raking in over 100,000 views. “I just wanted to really help students get over that fear of math. So many parents and students have fear of mathematics,” Spencer said.

The Virginia native takes pride in seeing her students excel in math and her methods almost always produce the expected results. She takes delight in seeing “the light come on in their mind.”

“It’s been a wonderful experience to reach out to so many people,” Spencer told News 3. “If I teach you how to do it, you can do it just as well as I can.”

Her godson, Wilson, calls her session, “math made simple” because “teachers are sharing this with other teachers who are saying, ‘Listen, this woman knows how to teach math.”

Not only does she know how to impart knowledge, but Spencer also has a warm and encouraging attitude that motivates the students to strive for the best. “I wanted to reach people who cannot afford to tutor but need it. If I can find out what blocks you, then I can remove that block, and usually, you don’t need me anymore until you get to another block. And so that’s what real tutoring is about.

“Sometimes you tutor a student all the way through a course. But most of the time, you move the block, and they come back when they need you again. And that’s what you really want,” Spencer said to GMA.

Spencer and Wilson made a pact that she will continue teaching till she is 103. “As long as I can do this – as long as it’s helping – I’m really willing to do this,” Spencer said.