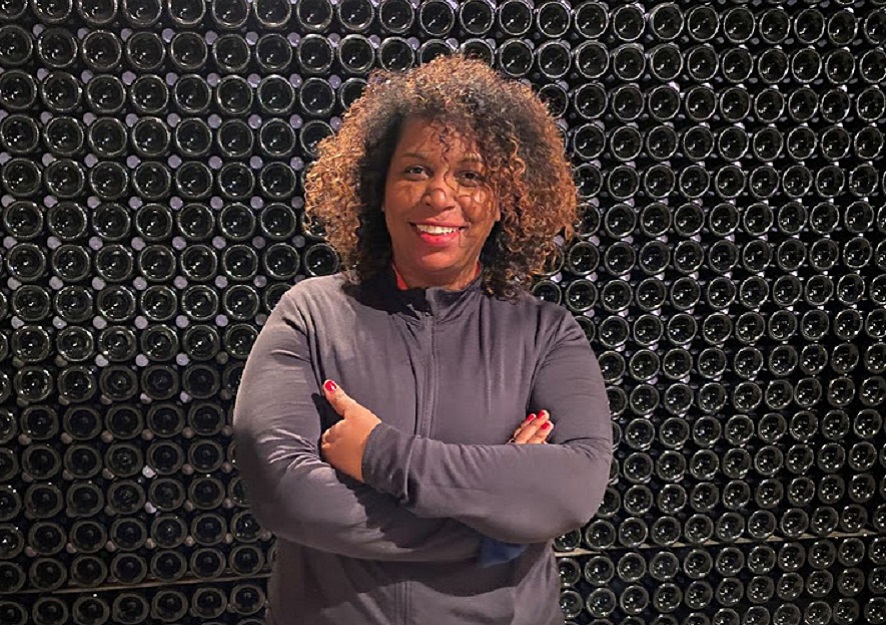 Marie-Ines Romelle, 42 years old, was born on the Caribbean island of Guadalupe. When she was only three years, her parents moved to France. Romelle grew in poverty in the suburbs of Paris. However, her environment did not deter her from chasing her dreams.

At 18, Romelle was hired by a shop that specialized in selling French delicacies. This was after she had dropped out of school and needed to work to support her family following the demise of her father.

However, it was not until she had been in charge of five food shops and 66 employees that she decided to call it quits and start her own Champagne brand. Romelle moved to the Champagne region of France to launch her brand.

Champagne, the name of the region in northern France and the drink, sells an estimated 300 million bottles a year. What’s more, the industry is valued at $5 billion, according to CNN. When Romelle decided to enter the traditionally white industry, she didn’t see anyone who looked like her. Nevertheless, she was encouraged by her motto of being daring.

She launched her Champagne brand known as Marie Cesaire, which has a touch of Caribbean culture and a wider appeal to the Black community. According to CNN, the special ingredient in Marie Césaire’s champagne is sugar cane, a crop commonly found in the Caribbean.

Romelle named her brand after her parents and also a nod to her Caribbean heritage. The logo of the drink carries the image of a hummingbird. The drink also carries the names Marie and Césaire, which according to CNN, happen to be the most popular in the French Caribbean.

Breaking into France’s exclusive champagne club makes Romelle the only Black producer of the drink, to the best of her knowledge. For Romelle, joining the elite champagne producers is only the start. She hopes to blaze the trail for other people of color.

“We have to stop building barriers and telling ourselves that ‘I can’t do this or that,” she told Reuters. “I hope that tomorrow, someone will identify with me, and that I will make an impact on them, that they will dare to do things they didn’t dare to before.”

Her Champagne brand has been hailed by industry players as a game-changer. Stanley Baptista, sommelier at La Petite Régalade restaurant in Paris, said Romelle’s drink has a distinct flavor.

“Her rosé lines the taste buds with a bouquet of red fruit with aromas of lychee and rose. Her whites are very fresh, with notes of ripe white fruit and exotic fruit extract. Her wines produce a contrast between freshness and a sweet taste which delights the senses,” Baptista told CNN.

Miss South Africa pageant opens to transgender entrants – WION
Who is Sasha Johnson, the BLM activist fighting for life after she was shot in the head?