‘It was surreal’ – How Rihanna unknowingly launched this… 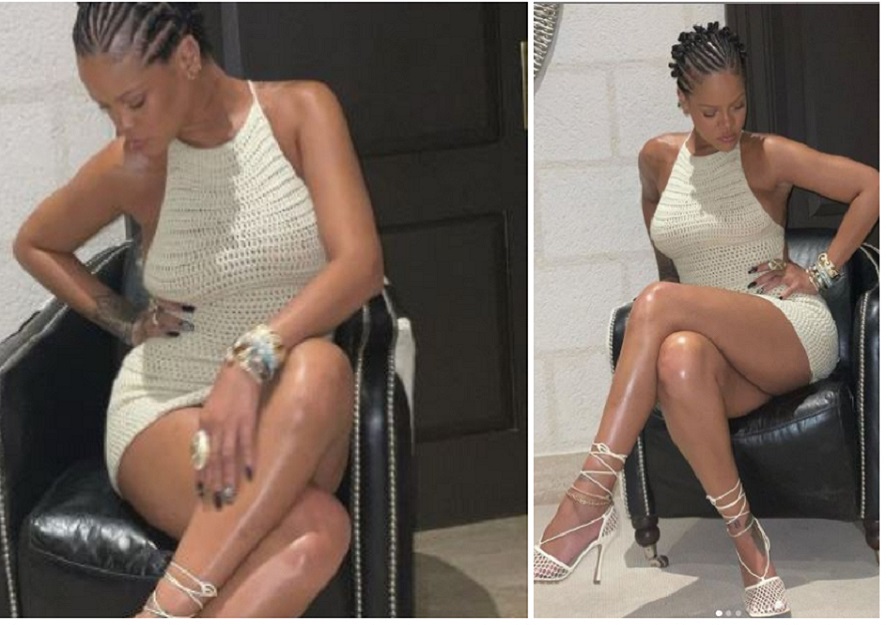 Shanice Taylor learned how to crotchet seven months ago to start another stream of income after the pandemic affected her retail business. The mother of three did not expect her design to be worn by fellow Barbadian native and music-entrepreneur mogul Rihanna on the cover of British Vogue barely a year into her new craft.

Her life changed overnight when Rihanna shared a photo of herself in Taylor’s crochet dress to promote the latest addition to her Fenty Skin, Butta Drop.

Followers of the fashion icon quickly caught on with her outfit and soon the hashtag #outfitforthesummer and #vaxedandwaxed flooded the comments section under the post.

Many celebrities usually do not mention upcoming designers but when they do tag these newbies, it instantaneously changes the face of their business because their influence is indescribable. Things are looking good for Taylor after Riri tagged her as the designer of her insatiable cream crotchet dress.

“I wasn’t even checking social media when this post came out. I was just home like a normal day and my friend …messaged me and told me ‘Shanice look you dress there!’ It was surreal. It was like a dream because I never dreamt that my dress would actually get worn by Rihanna,” Taylor shared.

Taylor had just a small following on social media. After the tag, everything has changed. She now has pending orders from the USA, Germany, Ghana, and Canada and her phone has not stopped ringing since her dress was featured in British Vogue as well.

“That [Instagram post] took me to a whole other level. I have been getting hundreds of requests and I am just taking it day by day. I am thankful for every moment; I couldn’t ask for anything better.”

The simple and classy crochet dress was initially meant for Melissa Forde, one of Rihanna’s best friends who frequents Taylor’s neighbor’s house often. 29-year-old Taylor grew up on the same street as Rihanna and her home is opposite Rihanna’s childhood home on Rihanna Drive.

The ‘Work’ singer and Forde were on the island during the lockdown when Taylor mustered the courage to approach Forde to ask if she would be kind to wear one of her pieces. It was a swimsuit. Forde immediately took a liking to it and told Taylor she wanted a dress as well. She quickly came for her vitals and it took two days from that day to complete the dress.

“I took a picture and sent it to her, and she was really impressed with it. They were still in lockdown [in Barbados] when it was approaching Rihanna’s birthday and so then she decided to give the dress to Rihanna since it was handmade,” Taylor recounted how Rihanna ended up rocking her design to Loop.

Interestingly, Taylor only recently got an interest in crocheting by watching her friend’s mother crotchety. She started practicing the craft. She is now living every newbie designer’s dream of having such a huge endorsement from none other than the trendsetter herself — Rihanna — who left a sweet comment under Taylor’s Instagram post.

Taylor now hopes her business attains new heights. “I hope it goes really far. I’m just going to keep doing it and hopefully, it takes off from her,” Taylor said to Barbados Today.