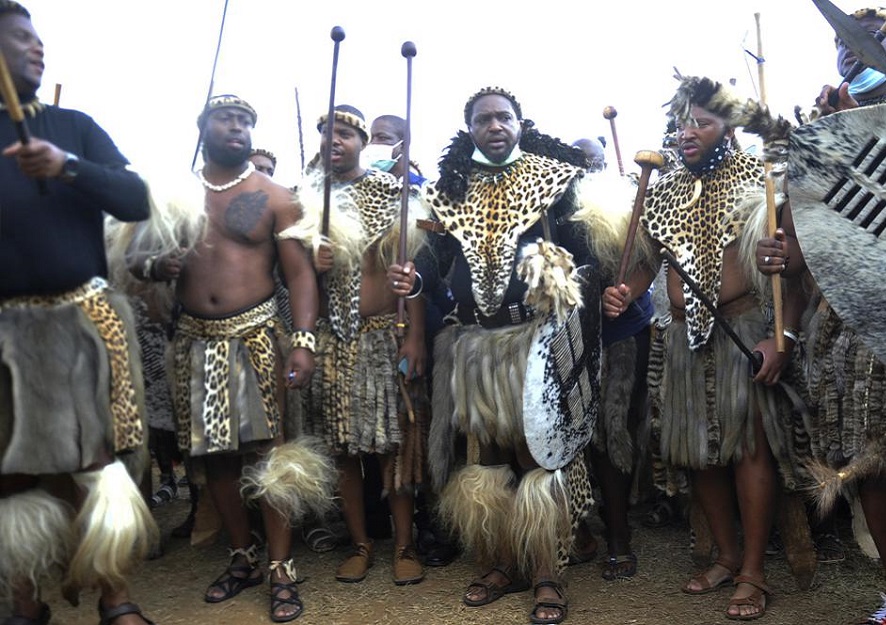 A commotion broke out Friday evening after the eldest son of South Africa’s late Zulu King Goodwill Zwelithini was chosen as successor to the throne, AP reports.

The will of Zulu Queen Mantfombi Dlamini-Zulu, who died last month after the death of her husband King Goodwill, named her son Prince Misizulu as the next king but others raised objections.

At the reading of the will at the KwaKhangelamankengane Royal Palace in South Africa’s KwaZulu-Natal province, the new leader’s brother, Prince Thokozani, expressed disapproval. Two princesses also asked if Queen Mantfombi had the right to nominate a successor on her death.

In the midst of the confusion, the new king, Prince Misizulu, was led away from the scene by bodyguards.

Queen Mantfombi, who became the regent of the Zulu throne after the death of her husband King Goodwill in March, also passed away last month at the age of 65. While not revealing what had caused the queen’s demise, a statement from the traditional prime minister of the Zulu people, Prince Mangosuthu Buthelezi, said her death “has taken us by surprise and left us utterly bereft”.

The Zulu are the subject of a lot of anthropological and historical interest as well as the source of African pride for those on the continent and out. From the legendary King Shaka to the one who just passed, Zulu history continues to be made on the particular ethnic level as well as in the larger context of South African history.

Since Queen Mantfombi’s death, a power struggle has ensued over the succession. There were even rumors that she was poisoned. The Zulu throne does not have formal political power and the monarch’s role is largely ceremonial.

Prince Misizulu will now be leading the Zulu nation of about 11 million people. At his mother’s memorial service on Friday, he called for unity among the Zulu royals. “We have no doubt we will unite as a family,” Prince Misizulu said in his tribute to the queen, according to AP. “Let us emulate the king by being peaceful.”

Black celebrities with the world’s most expensive cars
Lily Adeleye, the six-year-old behind the youngest Black-owned brand on Walmart’s shelves