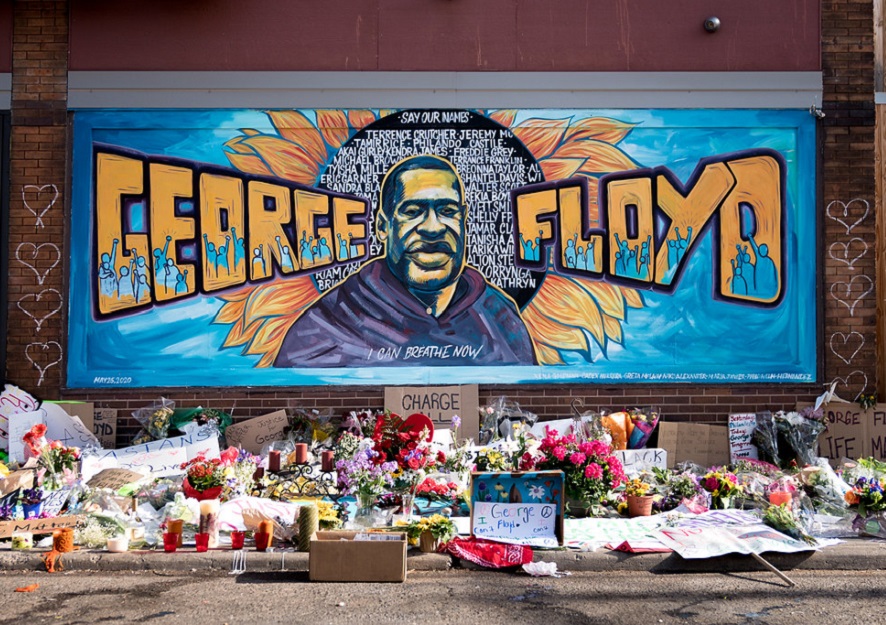 The Color Of Change and The Innocence Project have launched a petition calling on Texas Governor Greg Abbott and the Texas Board of Pardons and Paroles to grant a posthumous pardon to George Floyd after he served 10 months in prison for a wrongful 2004 drug conviction.

In a statement released on the first year anniversary of the May 25 killing of Floyd, the two organizations said Floyd’s conviction was overturned after authorities reportedly established a former cop – Gerald Goines – may have fabricated evidence to implicate him. And although Floyd’s conviction was eventually overturned, the charge against him in connection to the alleged crime hasn’t been wiped from his record.

“One year after nationwide protests shifted the public discourse on racial justice in America, the system has yet to provide closure to George Floyd’s loved ones for another major injustice,” Scott Roberts, Senior Director of Criminal Justice and Democracy Campaigns at Color Of Change, said.

“From his wrongful conviction on phony drug charges to his untimely death at the hands of police officers, George Floyd’s life holds too many examples of how anti-Black, violent and corrupt American policing can be. A posthumous pardon would serve as an important recognition of the many ways the war on drugs has brutally targeted Black people and unjustifiably incarcerated millions. Governor Greg Abbott and the Texas Board of Pardons and Paroles must issue this long-overdue pardon to Mr. Floyd and provide much-needed closure to his family and loved ones as they continue to heal.”

Cory D. Session, Sr. Vice President of the Innocence Project of Texas, added: “All who seek Justice shall have Justice, even after death. An injustice to one is an injustice to all.”

The petition comes after the Harris County Commissioners Court approved a resolution in April to pardon the deceased African-American father. The commissioners also sent a recommendation with regards to their decision to the Texas Board of Pardons and Paroles. But for the pardon to take effect, however, the board has to also send a recommendation to the governor and ensure he appends his signature.

Last year, Face2Face Africa reported Goines’ previous cases as a former Houston cop had been under serious scrutiny after he lied about a botched drug raid at a Harding Street home in January 2019. The incident resulted in the deaths of the occupants of the house, Dennis Tuttle and Rhogena Nicholas. Goines and three other officers who were involved in the raid were also injured.

In the aftermath of the incident and after investigations, authorities revealed the motive behind the raid was fabricated by Goines. The former cop had alleged the slain homeowners sold drugs.

Goines’ uncovered lies also led to the Houston Police Department, the FBI and the Harris County District Attorney’s Office announcing they were reviewing 14,000 cases he was involved in. He is currently facing murder charges for the Harding Street raid as well as other charges, the Houston Chronicle reported.