The 16th century Hausa warrior-queen Amina was said to… 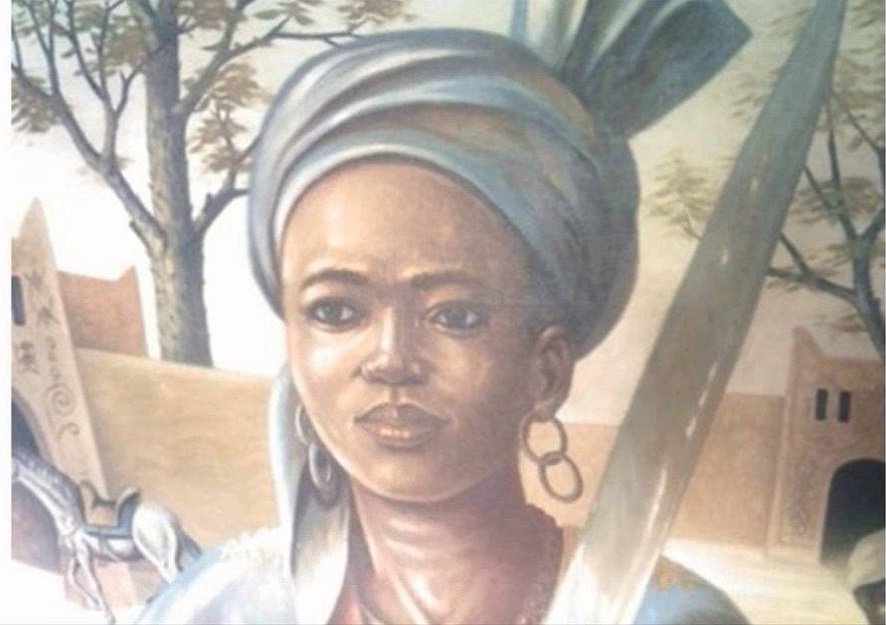 Queen Amina is often mentioned among norm-busting African women of old whose accomplishments and deeds surpass what we modern society has come to expect of women. Even though her historicity has been questioned multiple times, the former queen of Zazzau continues to be regarded as the archetypal empowered woman.

She was born circa 1533 in Zazzau, a Hausa people whose ancient kingdom is now known as Zaria (curiously named after Amina’s sister) in the northern region of ancient Nigeria. Her family was a wealthy and noble family. Amina’s family made their fortunes from the sale of leather goods, kola, salt, horses and imported metals, Amina acquired battle skills while understudying with the soldiers of the Zazzau military.

Upon the death of her mother the queen in 1566, the rule of Zazzau fell on Amina’s younger brother Karama as customary in those days. After ten years or so on the throne, Karama died and the leadership baton fell on Queen Amina who had gathered much popularity among Zazzau’s people and military owing to her exemplary leadership skills and for the fact that she was unbeatable even as a female warrior. Thus, in 1576, she became the Queen of Zazzau.

Among the things credited to Amina is her securing her kingdom’s direct access to the Atlantic Coast for trade-related reasons and expanding Zazzau’s territory up to Nupe and Kwarafa in the north. To ensure this, she is thought to have personally led military expeditions of over 20,000 infantrymen to innumerable battles. And this is where it gets intriguing for a woman.

Amina never married but according to Emirates of Northern Nigeria written Sidney Hogben, rather took lovers from these towns that she overcame in battle. As she did not make them her husband, it is safe to assume Amina was not looking to forge bonds in the protection of her kingdom. The most reasonable conclusion one may draw was that she was a woman in the position to have a lover of her choice and did not turn down the opportunity.

But Hogben’s book also claimed that Amina’s “brief bridegroom was beheaded so that none should live to tell the tale”. This may speak to the idea that although she was an independent woman capable of having her way, she may have still been under pressure of gendered expectations of womanhood. Male rulers would not ordinarily kill their female lovers just so they do not live to tell the tale.