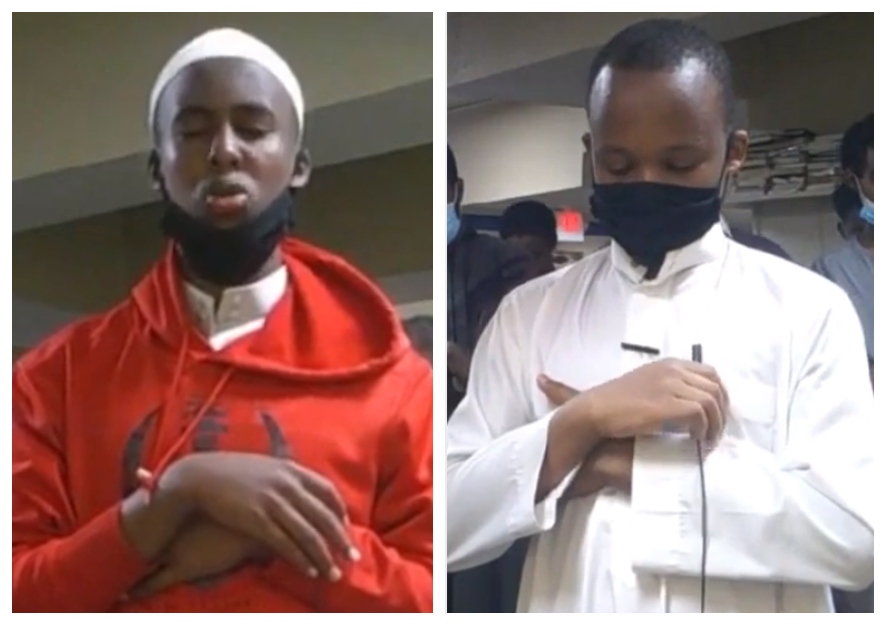 Two teenagers were fatally shot by their older brother on Friday night while they were headed home from a Ramadan service at the Somali Center of Kansas City, authorities disclosed. The suspected killer, identified as 25-year-old Hanad A. Abdiaziz, was killed by the Kansas City Police during an armed standoff the next day, People reported.

Authorities also said they’re yet to establish the motive behind the killing of 16-year-old Abdulwahid and 14-year-old Abdirahman Abdulaziz. “Two young lives were taken last night as two teens were shot returning home from Ramadan services at their mosque in Historic Northeast KC,” the police department announced on Twitter.

Following the double homicide, the police sought the public’s assistance in locating the suspect. And though they managed to track him down a day after the incident, they were unable to take him in alive.

“Officers attempted to make contact [with] the suspect, but the suspect presented a short barreled rifle,” Kansas City police added. “An officer fired his service weapon, striking the suspect. Officers immediately performed life saving measures. Suspect was transported to a local hospital where he was pronounced deceased.”

In an interview with 41 Action News, a teacher for the deceased teens, Ayman Hassan, expressed his shock at the incident, adding that the boys were amazing and not the type to get into any kind of trouble.

“They were amazing, we have had no complaints from them they were not like trouble makers or something like this,” he said.

Hassan, who said the brothers were killed hours after they had led a prayer service, also praised their commitment to their religion. “Memorizing the whole Quran knowledgeable, well versed of Islam.”

Meanwhile, a GoFundMe that was set up to help raise funds to cover funeral costs for the brothers and other expenses has so far raised over $60,000 – surpassing its $50,000 goal.