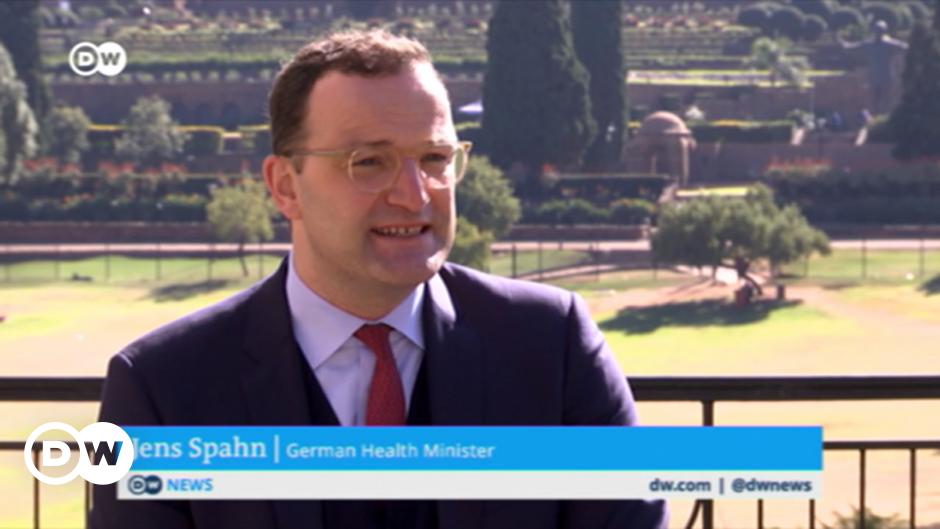 South Africa is struggling to vaccinate its population — less than 2% of its 60 million people have so far received even one dose of a coronavirus vaccine. During a joint visit to the African country, France’s President Emmanuel Macron and Germany’s Health Minister Jens Spahn promised to help South Africa develop its own vaccine production capabilities, with Spahn saying Germany would invest €50 million ($61 million) in the initiative.

In an interview with DW, Spahn acknowledged that boosting vaccine production would take months. However, Germany’s health minister said vaccine producers in the West were ready to share their knowledge and technology with their South African counterparts.

“And that is why we actually count on voluntary partnership between patent holders, companies like BioNTech, CureVac from Germany, others that are actually willing,” Spahn said. “And we do have companies here in South Africa like Espin or Biotech, that actually do already meet the world standards.”

Why is Berlin against waiving vaccine patents?

France and South Africa, among other countries, have pushed to lift patents on vaccines, but Berlin opposes the move. Talking to DW’s Adrian Kriesch, Spahn said that “the patent alone does not make the vaccine.”

“The production of vaccines is one of the most complex things in the world. And for that, you really need to know how you do it,” he said. “And for that, the cooperation is really essential.”

What about donating the jabs?

“We are donating doses, for example, together with France,” he said. “But one thing is important, too, if you want to have acceptance of your own people for donations and for helping others, it’s important to fix the situation back home, too.”

When asked about Germany’s travel restrictions on South Africa, the minister said they would not stay in force “any longer than necessary.”

“But at the same time, we just want to be cautious, especially at this point of our vaccination campaign. We actually really don’t need a new variant taking over in Germany. So, it very much depends on the situation here in South Africa.”

Commenting on the lagging vaccine rolloutin the African country, Spahn admitted there was “still much work to do”

“No one is safe until everyone is safe,” he said. “We only can be safe in Germany, in Europe, if this virus with its variants that might be developing is not coming back from other countries. And so we really need to vaccinate the world.”

The highest-paid Black football players in the world
From U.S. to Nigeria, this is the man behind the new airline in Lagos to watch for cheap flights