Why Oxford is refusing to take down the statue… 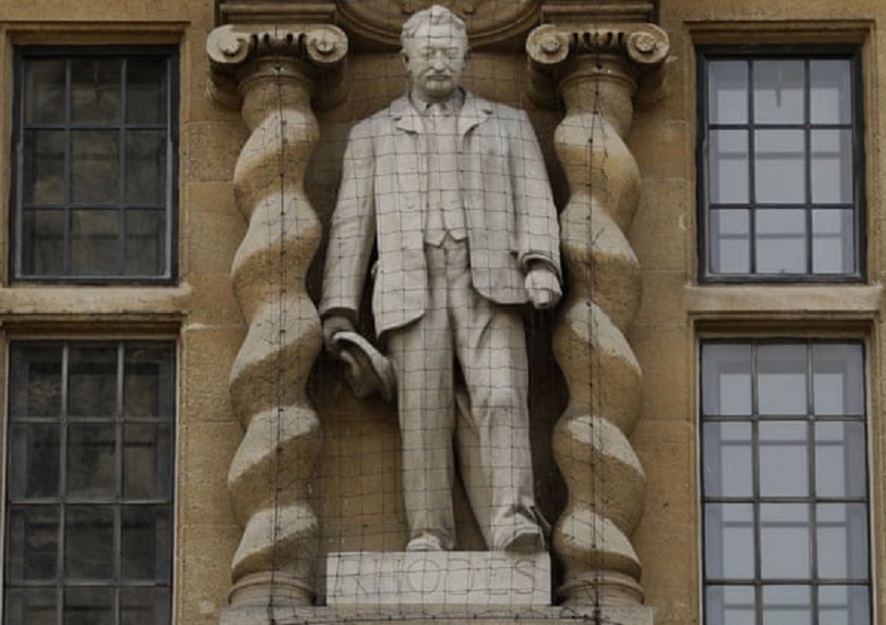 There are very few who individually embodied European imperialism and colonization like Cecil Rhodes. Today, he is positively associated with the education of hundreds of people through the Rhodes Scholarship Trust which has funded the education of Bill Clinton to Cory Booker.

But indeed, this kind of appreciation of Rhodes’ legacy is proactively Euro-American narration. But postcolonial African understanding of history, which forms the basic tool in modern critical theory’s approach to European imperialism, does not praise Rhodes. And that is why from South Africa to the UK, there have been calls to pull down statues in memory of the colonial entrepreneur.

But on Thursday, May 20, authorities at Oxford University communicated their refusal to bring down a Rhodes statue that has been in place since 1911. The announcement goes against an earlier commitment during the thick of global Black Lives Matter protests to pull down the statue.

Oriel College, where the statute is, said as a result of “regulatory and financial challenges” it could not pursue the legal process necessary to bring down the statute. Immediately, those who had put together the Rhodes Must Fall campaign registered their displeasure, asking for full disclosure on the communication that had gone on behind the scene between Oriel and the British government.

A Rhodes Must Fall campaigner and a professor at Oxford, Simukai Chigudu, told The Guardian, “The statement from Oriel College is shocking and, quite frankly, embarrassing. It exposes the insincerity of the college’s stated commitment to change, which was made last summer during the anti-racism protests”.

But Britain’s Minister of Education Gavin Williamson tweeted in support of the decision to keep the statute standing calling the move a “sensible and balanced decision” because “we should learn from our past, rather than censoring history, and continue focusing on reducing inequality.”

Felling statues were a significant aspect of the global BLM protests last summer where hundreds of statues in Europe, America and former European colonies came down, at times with the support of elected officials and in various situations, as a result of civil disobedience by protesters. Monuments that are deemed to support white supremacy are not spared the ire of protesters.

For Rhodes in particular, the animosity against his memorabilia has been ongoing for years. In 2015, the University of Cape Town, South Africa removed his statue  from campus grounds after it became a target of students who viewed it as a symbol of institutional racism.

Rhodes, who died before he was even 50, succeeded in dispossessing Africans of their land and resources in southern Africa. He was the Prime Minister of the British-controlled Cape Colony. The colonized African territories of Rhodesia where named after him.

Homeless with a son, Lionel B slept on the streets, then he earned $10k from YouTube
How this 89-year-old viral tutor is making math simple for students worldwide