Black student-athletes with straight A’s get college sponsorship from… 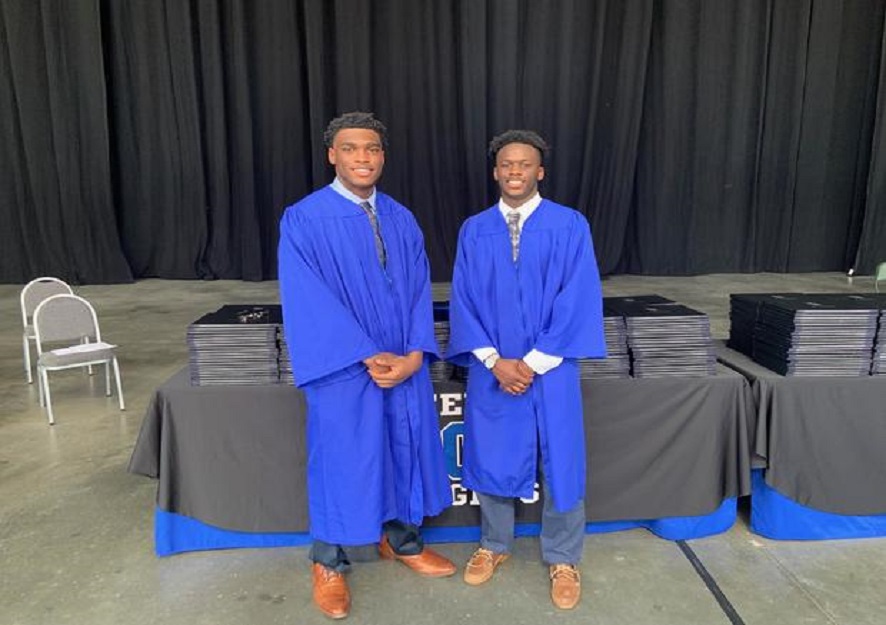 An anonymous benefactor is changing the lives of Black athletes in a Georgia high school. The donor, who chooses to remain anonymous, is offering to pay $25,000 for every high school semester an athlete finishes with straight A’s. Now the funds have put college within reach for the Black athletes.

The offer has benefited five students so far at Centennial High School located in Roswell, a northern suburb of Atlanta.

“It blew my mind,” Centennial High School athletics director Jeff Burch told CNN. “Many kids thought this was unattainable, they thought they couldn’t do it, but they did. And when they realized what they were capable of, that they can reach the goals they put in mind, it changed their lives.”

The donor, who is a member of their community, reached out to the school’s athletic department to set up the Centennial High School African American Football Scholar-Athlete Scholarship in 2019 after realizing that these Black athletes need an incentive to unearth the academic potential hidden in them.

The school recently tweeted a photo of its scholar-athletes at a banquet. The photo showed that of the 16 scholar-athletes that were present, 15 were white. “Our football team does not look like that, our team is predominately African American,” said Burch, adding “That needs to change.” The scholarship did just that.

The money from the philanthropist is not just a game-changer, “it’s a life-changer,” Burch said to CBS News.

Burch initially felt the incentive was going to be any other thing other than monetary. He was truly overwhelmed when the anonymous benefactor gave an initial $1 million at the start of the fund. The philanthropist will continue to give up to $1 million each year if the athletes rake in the straight A’s.

Every player is on guard working hard towards a straight-A semester and their coaches and parents do not fail to send them daily reminders to learn.

Recent graduates of Centennial High School, Jordan Barbas and Evan Walker, said the money had the intended effect because they might never have finished high school as an A-student without it. “The scholarship changed my life and changed the way I view life totally,” Walker, an 18-year-old lineman for the football team, told CNN. “It pushed me into a different mindset. Either I can be average or be above average, and this made me realize I can get all As just to prove to myself I can get what I want.”

There have been five beneficiaries so far and more in the pipeline. Three of them who are in college now earned between $150,000 and $200,000. Walker will be earning $75,000 and Barbas will walk away with $50,000 for having three and two straight-A semesters, respectively.

Burch believes the financial gift “really has the potential to spark generational change for those students as they have their own families and kids.”

He urges everyone to celebrate the accomplishments of these kids rather than worry about who is helping them achieve their dreams when under normal circumstances the odds would be stacked against them. “It’s about the kid earning it and the kids taking advantage, and not him giving the money. You know, celebrate that,” Burch said.