Do you know that the first Black Africans to compete in the Olympics were Tswana tribesmen in 1904?

Do you know that the first Black Africans to… 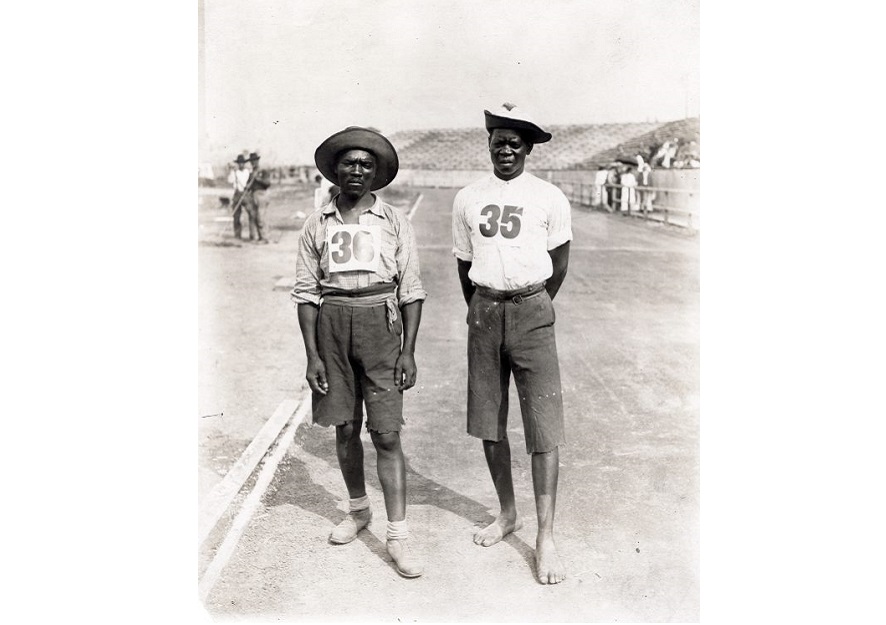 Four years before South African athlete Reggie Walker became an Olympic champion in the 100 meters in London, two Tswana tribesmen Len Taunyane and Jan Mashiani informally participated in the 1904 St Louis Olympics and made history. Referred to as LenTau and Yasmani because officials could not pronounce their surnames, the two became the first Black Africans to compete in the modern Olympics when they ran in the Summer Olympics men’s marathon.

The two were not experienced long-distance runners. “Instead, they were battle-hardened soldiers – Boer commandos proficient in horse riding and guerrilla warfare, machine gunners in the British imperial forces, and Tswana dispatch runners, all of them brought to St Louis by the imperative to earn a living after a protracted war of attrition,” a report by Mail and Guardian said.

LenTau and Yasmani had come to St Louis for The Louisiana Purchase Exposition, informally known as the St. Louis World’s Fair. The international exposition ran from April to December, while the Olympics were from August to September. A report notes that the South African dominion assembled a group of about 500 to150 Britons, 200 Boer men, 50 Boer women and children, and 40 Black Africans for the Fair. LenTau and Yasmani, who were among the Black Africans, were to reenact scenes from the Boer Wars including acting as prisoners of war. The two were said to have served as dispatch runners in the war.

LenTau and Yasmani decided to enter the Olympics marathon race at the last minute. LenTau ran barefoot, finishing ninth and Mashiani came twelfth. Records show that LenTau could have done better if he had not been chased nearly a mile off course by aggressive dogs.

Indeed, the 1904 St Louis Games has been described as one of the wildest Olympics in modern history. Apart from featuring a “racially insensitive sideshow”, the games had only one competition for women while the men’s marathon was perhaps the worst of all.

Many of the 32 runners who took part in the marathon had never completed one before. There were incidents of cheating, drugs, and feral dogs. According to the LA Times, the race “began at 3 p.m. with the weather nearing 90 degrees Fahrenheit and the sun burning down on the contestants.”

Besides being set on dusty, unpaved roads, the race featured just one water station because the organizers wanted to test the theory that water diminished athletic performance. Exhausted and dehydrated, some of the runners collapsed halfway through the course while the first ‘winner’ hitched a ride for 17km. The second winner was also high on rat poison and was helped across the line by his trainers, according to ABC News.

At the end of the day, only 14 men out of 32 were able to cross the finish line. LenTau would have performed amazingly well had he not been chased more than a kilometer off-course by feral dogs, observers said.

WHO setting up hub to make COVID-19 vaccines in South Africa – Reuters
From Haiti to U.S., one refugee’s dream of becoming a restaurateur comes true – here’s how