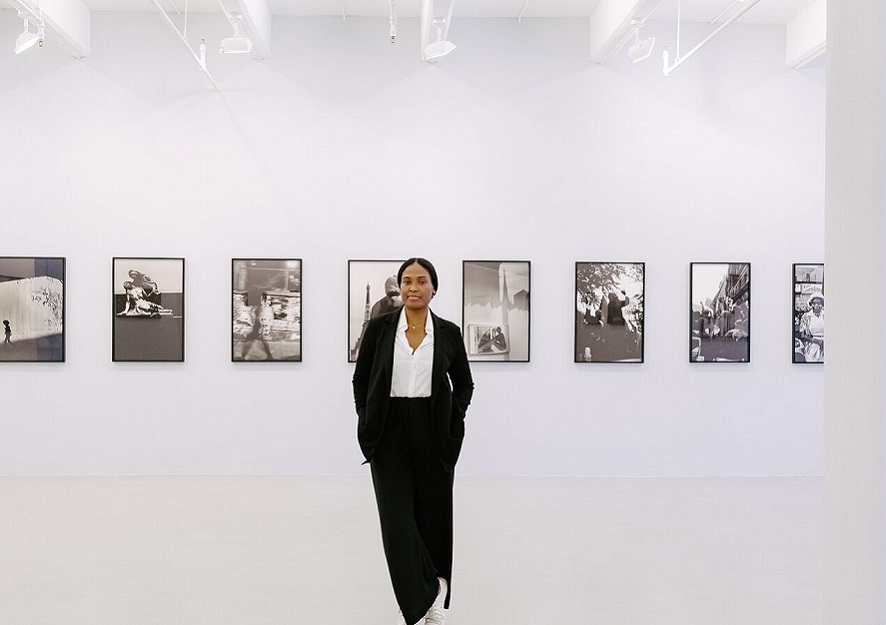 Jamaican-born art connoisseur and former model Nicola Vassell has made history with her new art gallery located in the heart of Chelsea, New York. Vassell’s brick-and-mortar gallery is the first Black woman-owned art gallery in New York’s Chelsea. Her initiative to champion Black art and art, in general, comes at a time when New York is easing many Covid-19 restrictions.

“It’s time for a Black-owned gallery to inhabit the art world in New York in a really strong, dynamic way. It’s great to have landed in Chelsea,” she said.

Born and raised in Jamaica, Vassell migrated to the United States at the age of 17 after being discovered by an agency to model. Her father was a professor while her mother was a businesswoman.

She majored in art history and business from the New York University. Jeffrey Deitch, a dealer she met at an edition of the Armory Show, offered her an internship in 2005 because he saw “vibrancy and an interest” in art, which Vassell has nursed to date. She feels now is the right time to own her studio.

“It occurred to me that it would be good to stabilize and feel rooted,” she said about her longtime dream becoming a reality.

Digital art and virtual art experiences have thrived thoroughly during this pandemic and many traditional artists and curators have been exploring that space. However, according to The New York Times, the “rare contemporary art gallery represents a bold business move” by the seasoned art dealer and curator, one she is confident will pay off.

“While there is proof of robust life in the digital sphere, artists still want to show,” Vassell told The New York Times. “They want their work to hang on walls, they want a response.”

The Nicola Vassell Gallery, according to its website, is committed to discourse that widens the lens of the history and future of art. Vassell has organized exhibitions including Dreamweavers, Edge of Chaos, Black Eye, Substraction and No Commission: London, Berlin, Bronx, Shanghai and Miami.

Furthermore, she is a visiting lecturer at Sotheby’s Institute of Art. The site also stated that in 2015, Vassell was appointed curatorial director of The Dean Collection and No Commission, a contemporary family art collection and cultural platform developed by Kasseem “Swizz Beatz ” Dean and Alicia Keys.

With over a decade’s experience in the art scene, the 42-year-old has worked with many artists and her interests span across various disciplines. “I’m really interested in the whole scope,” Vassell said, “the breadth of conversations.”

Her gallery opened its doors to the public on May 20. Vassell is exhibiting the works of her good friend, the talented Ming Smith, which will be on display for six weeks. Smith is the first African-American female photographer to have work in the collection of New York’s Museum of Modern Art. Her recent works were shown at the Whitney Museum of American Art in “Working Together: The Photographers of the Kamoinge Workshop.”

Vassell said the exhibition, “Evidence”, represents “Ming’s magical realm.” It is a rare, vintage silver gelatin work, and never before exhibited archival prints include black and white images from Harlem street scenes, to Europe, Senegal, Studio 54, and portraits ranging from Brassai to Grace Jones, per Artlyst.

“Ming epitomizes so much of the arc of all our stories—as a woman, as a black woman, as a creative person, as a human being,” Vassell told Artnet. “I felt the way that she has told the story of life over a five-decade career would almost have a sense of summarizing the life plot at the inception of the new gallery.”

E-cedi: Ghana is introducing a digital currency, here’s everything to know
African entertainment comes into its own – Quartz Africa