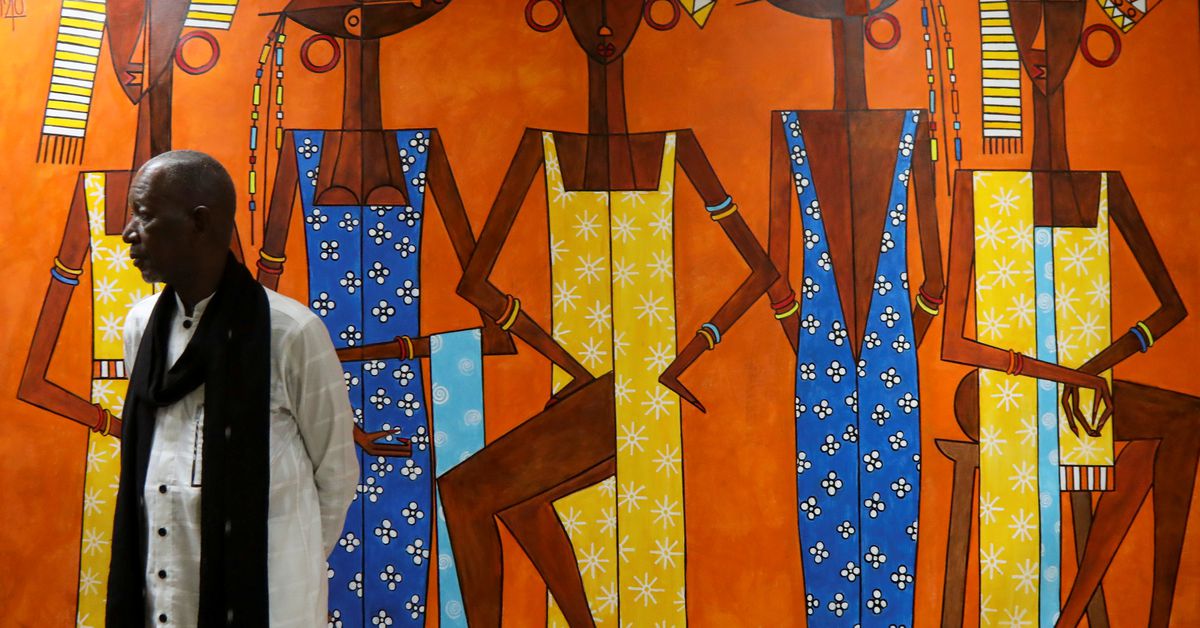 When 20-year-old Pathe Ouedraogo left his Burkina Faso village in 1969 in search of a better life in neighbouring Ivory Coast, his dream was to return with a bicycle and a transistor radio to prove he had made it.

He was too thin to work on a cocoa farm, so took the chance to learn how to make clothes instead – a decision that propelled him to fashion stardom. “The most accessible job at the time was to be an apprentice tailor,” said Ouedraogo.

The man mostly known as Pathe’O is now celebrating a 50-year career during which his signature casual shirts and dresses in vibrant African prints and fabrics have graced the shoulders of celebrities and political luminaries including Nelson Mandela.

His big break came in 1994 when South African singer Miriam Makeba bought four shirts from him as a gift for the former South African president. Mandela wore one and mentioned Pathe’O’s name when asked about its origins during a trip to Paris.

The Burkinabe-Ivorian stylist Pathe Ouedraogo, known as Pathe’O, is pictured after a fashion show marking 50 years of his career and the inauguration of “Maison Pathe’O” fashion house, in Abidjan, Ivory Coast May 29, 2021. REUTERS/Luc Gnago

The publicity sparked a rush of orders and sales that emptied his shop and propelled him to the forefront of the fashion scene.

He met Mandela in 1998. “It was a meeting that changed my life,” Pathe’O told Reuters. “In the village we would hear about Mandela and Apartheid and all the rest, I never thought I’d be a tailor, even less dress him.”

He marked his five decades with a glitzy show and the launch of a new boutique in an upmarket Abidjan neighbourhood, whose walls are adorned with pictures of him with famous people including Nigerian billionaire Aliko Dangote and Morocco’s King Mohamed VI, and presidents including such as Paul Kagame of Rwanda and Alpha Conde of Guinea wearing his shirts.

“Africans themselves are still adverse to wearing what is made in Africa. That’s the real problem … This is the real fight today,” he said.