Homeschooled during his teen years, he’s become the first Black student to get PhD in mathematics from IU

Homeschooled during his teen years, he’s become the first… 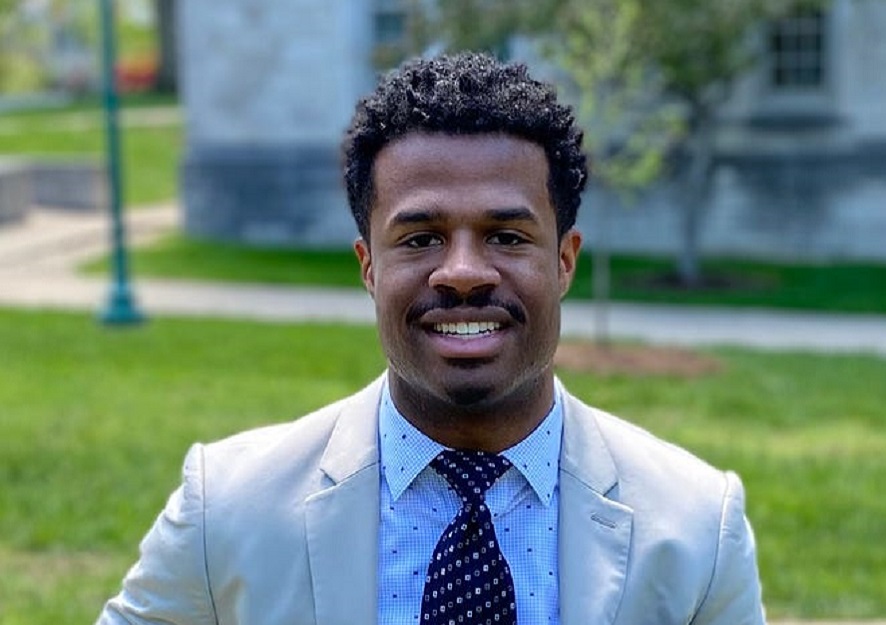 Kemp was homeschooled and had his bachelor’s in Mathematics from Stanford. When he enrolled in the IU math department, he soon realized he had no Black mentors to look up to.

Thus, with his new qualification, he is on a mission to demystify mathematics among the Black community and encourage more Blacks to pursue a doctorate in the field and STEM courses.

“I think a lot of students don’t go into math because it seems daunting to face the specter of isolation, but I can play a part now that I have a degree,” Kemp told the Indiana Daily Student. “I want to create more awareness of Theoretical Mathematics because I think it made it harder for me because growing up, I had no idea there was such a thing as Theoretical Mathematics research.”

The Michigan native noticed right from his undergraduate degree days that he was the only other Black boy in a majority-white math class. So when he was heading to graduate school, he did not expect anything different.

He had no Black professors in IU and so he engrossed himself in a campaign to win over more Black students by putting himself out there as an inspiration to show them that if he can do it, then they can too.

“I was the closest the students got to having a Black mathematics professor here at IU when I was an associate instructor,” Kemp said. “In 2018, I believe, I became the only one in the Mathematics Ph.D. program when the last of the other two Black students departed from the program.”

How do you aspire to become what you can never visualize? That is the problem Kemp noticed when it comes to STEM career paths and the Black community.

“Doing graduate school has really opened my eyes to the problem of underrepresentation of Blacks in the STEM field. And now it has become a big deal to me,” Kemp told The Herald-Times.

According to the American Mathematical Society’s 2017-18 annual survey, published last year, of the 999 Ph.D.’s awarded to US citizens and permanent residents in the fields of math, applied math, statistics, and biostatistics, only 79 were awarded to persons who were Black or from other under-represented groups.

“More often than not, it can be psychological. But to be a Black person in America, we know there are stereotypes out there and we each feel a pressure to show those stereotypes are not true, and so we feel like we need to be the best in the classroom,” he said.

Kemp is now ready to take on the world with lots on his plate and he hopes to leave a positive impact on future generations of math scholars. He is super proud of his accomplishments and only hopes to preach to the world that a career in mathematics is doable and worthwhile.

He headed to the University of Wisconsin over the summer for a post-doctoral fellowship for the next four years. After, he will be taking a postdoctoral position at the Institute for Advanced Study in Princeton, New Jersey, in 2023.

Why this James Baldwin interview from 1979 was buried
Kevin Hart hits out at cancel culture supporters: ‘Shut the f**k up! What are you talking about?’