Orphaned at 16, he worked as a gardener to survive. He’s now owner of SA’s only Black-owned coffee brand

Orphaned at 16, he worked as a gardener to… 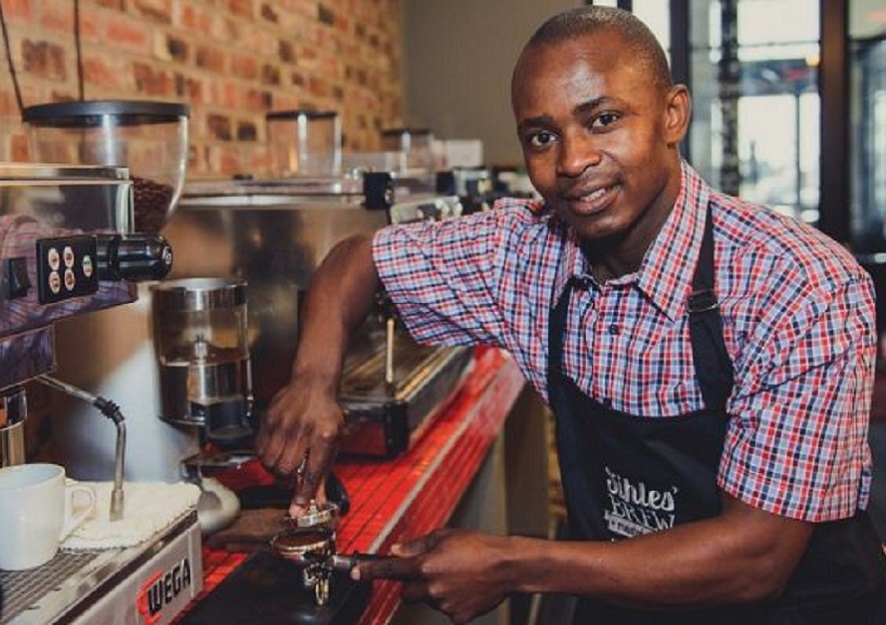 Sihle Magubane is the founder of South Africa’s first Black-owned coffee brand. The entrepreneur founded Sihle’s Brew in 2012 after years of being a barista, working for some of the top coffee manufacturing firms in the world.

Magubane hails from iNkandla, KwaZulu-Natal, and attributes the success of his business to the fact that he learned from the best in the sector. Besides working and learning from some of the best in the industry, he also studied various courses in the coffee industry and has been duly certified and accredited.

He currently has two coffee shops– Barista Lovers – in Northriding and Woodmead in Johannesburg. Also, he has 18 employees and plans to hire three more people in the near future.

“While working as a barista for different shops, I was trained by Roberto Monterrage, who taught me all I know about coffee,” he told Vutivi News. “I also worked as a product specialist in coffee in the retail sector before joining Ciro Coffee. I also studied various courses in the coffee industry and received certification and accreditation.”

Magubane decided to go solo and pursue his dream of being a business owner after acquiring the necessary experience and skills to start a business. With the support of the Small Enterprise Development Agency in South Africa, he opened his first coffee shop in Northriding.

“I opened my first coffee shop in Northriding, and in 2018 I received funding for manufacturing equipment from the Small Enterprise Development Agency, which helped me penetrate the retail market,” he said.

Growing up, Magubane had to step in and take care of his two siblings while going to school. He had become orphaned at 16, and in order to survive and cater to his siblings, he worked as a gardener after school hours and at a pizza outlet on the weekends. At 18, he got the chance to work at an arts festival in Hilton, KwaZulu-Natal. That was the moment he fell in love with coffee. Today, he is the proud owner of Sihle’s Brew.

Magubane has found success in the whole of South Africa. He has made a big breakthrough in the retail market through patience and perseverance. He now supplies 32 Food Lover’s Market stores and Seven Spar stores nationwide.

“We currently supply 32 Food Lover’s Market stores and seven Spar stores nationwide. We have also just received a contract with Pick n Pay to manufacture No Name Brand coffee and to sell our own brand through them,” he said.

“It took us three years to get listed for the Pick n P contract and four years to secure the Food Lover’s Market deal,” he said. “To secure the Spar deal was easy because they have buyers all over who will decide if they will take the product or not.”

To date, Magubane said he has received several offers to buy his coffee shop but has turned down the offers. “The amounts of money companies were offering were tempting, but I asked myself if I want to cash up or build a company that will sustain my family,” he explained. “I decided to keep my faith and to push on through the journey. If I fail, I would have failed to try.”

Also, Magubane believes the quality of his coffee accounts for the success of his business nationwide. For him, telling his success story sounds easy but the journey has not been easy.

“Compliance helped the business. Even though it took me a while, it was worth it because it opened doors for me,” he told Vutivi News. “I also learned to be patient especially when trying to compete in the retail market. It’s not easy competing with big coffee brands, and without hard work, it is difficult to succeed on faith alone.”