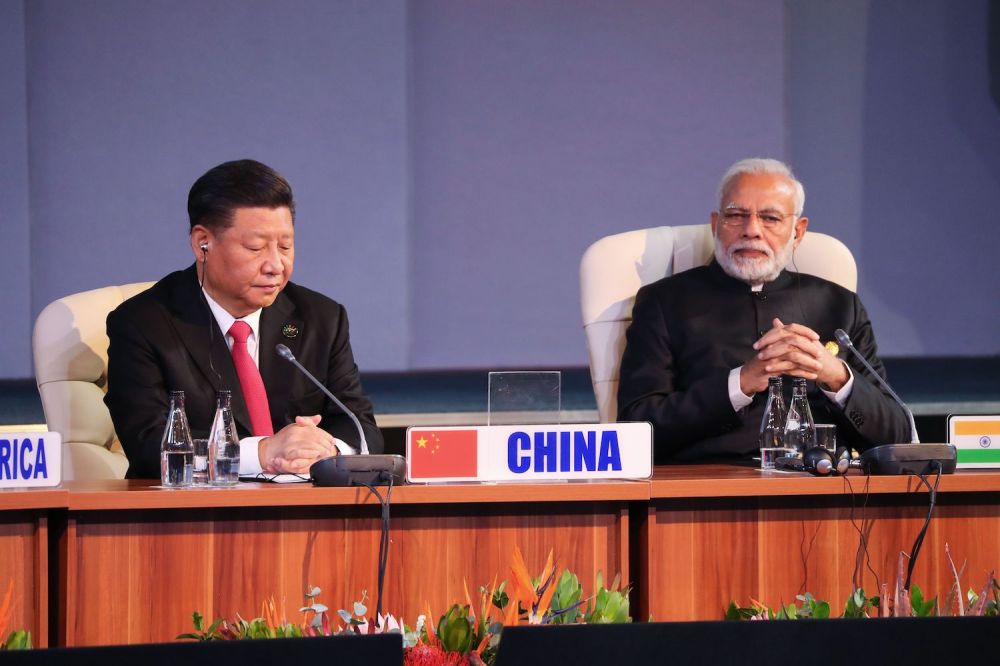 This week, Indian External Affairs Minister Subrahmanyam Jaishankar visited Kenya to co-chair, along with his Kenyan counterpart, Raychelle Omamo, the third meeting of the India-Kenya Joint Commission. His trip to the strategically located Indian Ocean neighbor highlights the importance India attaches to its relations with Kenya. Not only does New Delhi see the country as a gateway to continental Africa, but it is also home to 80,000 people formally categorized as Persons of Indian Origin (including 20,000 Indian citizens). Both India and Kenya are currently serving in the United Nations Security Council and are also members of the Commonwealth.

During the visit, the nations’ representatives discussed a variety of bilateral, regional, and global issues, including development partnership, health care delivery, and ensuring maritime security in the Indian Ocean region.

This week, Indian External Affairs Minister Subrahmanyam Jaishankar visited Kenya to co-chair, along with his Kenyan counterpart, Raychelle Omamo, the third meeting of the India-Kenya Joint Commission. His trip to the strategically located Indian Ocean neighbor highlights the importance India attaches to its relations with Kenya. Not only does New Delhi see the country as a gateway to continental Africa, but it is also home to 80,000 people formally categorized as Persons of Indian Origin (including 20,000 Indian citizens). Both India and Kenya are currently serving in the United Nations Security Council and are also members of the Commonwealth.

During the visit, the nations’ representatives discussed a variety of bilateral, regional, and global issues, including development partnership, health care delivery, and ensuring maritime security in the Indian Ocean region.

These talks came at a time when India is looking to consolidate its Africa outreach through sustained and regular high-level visits to reinforce its image as one of Africa’s foremost development partners. The fact that India kept its supply lines open for much of the COVID-19 pandemic and ensured that critical supplies of medicines and medical equipment reached countries in need in Africa is a testament to India’s desire to become a steadfast and reliable partner, even though by the end of March, when India was confronted by a devastating second wave of the virus, it had to halt the export of AstraZeneca vaccines. This dealt a major blow to African countries’ vaccination programs, which mostly relied on supplies from the global COVAX vaccine-sharing facility.

In spite of dealing with increasing challenges at home, though, India along with South Africa has nonetheless championed a patent waiver for the vaccines at the World Trade Organization to augment developing countries’ capacity to manufacture COVID-19 vaccines and medical products. In order to find a lasting solution to the pandemic, India and South Africa’s proposal has now been backed by the United States following months of hesitance by the Biden administration.

Their joint efforts on this global challenge may be a sign of things to come.

Since achieving independence, India has consistently supported anti-colonial and anti-racist liberation struggles in Africa. While the earlier relationship was built on the legacy of colonialism, a wave of liberalization and privatization in India in the 1990s led to a decisive shift in its Africa engagement toward trade and economic matters. However, despite robust engagement for over 70 years, India has never really had any clear, long-term strategy for developing broader relations with the continent. And, for the most part, India has failed to capitalize on the immense historical goodwill it enjoys there.

But that could be changing. With ideological and political issues taking a back seat, economic and, more recently, security ties have infused new vigor into the relationship.

The most prominent example is the establishment of the India-Africa Forum Summit which has helped institutionalize and formalize India’s relations with its African partners. To date, the platform has had three summits (in 2008, 2011, and 2015), which have provided India and African countries with a platform to engage constructively.

The fourth iteration of the summit, which was delayed due to the pandemic, is expected to take place in Mauritania later this year. The summit is meant to incorporate input from an upcoming meeting on India-Africa collaboration held by the Confederation of Indian Industry and the Export-Import Bank of India. The primary focuses will be skill- and capacity-building initiatives, health care, agriculture, maritime security, climate change, and nurturing Africa’s digital revolution.

Another important milestone was the elaboration of 10 guiding principles for India’s Africa engagement during Indian Prime Minister Narendra Modi’s address to the Ugandan Parliament in July 2018. These pillars reflect a change in the nuances of India’s priorities. For instance, both Indian private and government representatives consistently emphasize India’s desire for its partnerships to be inclusive, people-centric, sustainable, transparent, and guided by African needs and priorities. These principles form the basis of a coherent and comprehensive strategy. And adding to it are security concerns. India considers African countries, especially those with coasts on the Indian Ocean, to be a critical part of its Indo-Pacific strategy. India shares a rich history of maritime trade with these nations in particular, and it has signed defense and shipping agreements with many of them.

Over the last two decades, African countries, along with those in India’s immediate neighborhood, have been the focus of much of New Delhi’s developmental assistance through concessional lines of credit, grants, and capacity-building initiatives. Unlike lending from China—and even from IMF and World Bank—Indian lines of credit are demand-driven, consultative, transparent, and nonconditional. From 2002 to this February, India has cumulatively extended $11 billion in concessions to the continent. That’s combined with aid grants in the hundreds of millions and scholarships to African students.

The trade and investment partnership has also been growing in recent years. Indian-African trade has grown from $51.7 billion in 2010-2011 to $66.7 billion in 2019-2020. During the same period, Africa’s exports to India have also increased by around $5 billion. About 8 percent of India’s imports are from Africa, and 9 percent of Africa’s imports from outside the continent are from India. Indian public and private sector enterprises are also investing in Africa, making India the eighth-largest investor there.

Beyond loans and investments, India has also aided Africa in its fight against the COVID-19 pandemic. According to Jaishankar, India “has gifted 150 [metric tons] of medical aid to 25 [African] countries. Under the ‘Vaccine Maitri’ initiative, we have supplied 24.7 million doses of Made in India COVID vaccines as grants, and commercial and COVAX supplies to 42 countries in Africa.” Although these supplies have been halted temporarily, the Serum Institute of India expects to resume the export of AstraZeneca doses this summer.

While these developments are indicative of the growing alignment between India’s growth agenda and Africa’s Agenda 2063, the African Union’s development goals for the next half-century, it is important to recognize that India is only one among a long list of development partners that are looking to engage Africa meaningfully. One such competitor is China, which has emerged as Africa’s leading trade and investment partner. While China and India are attempting to fashion their bilateral and regional approach independent of each other, an element of competition is clear.

While Beijing has thrown its immense economic heft into developing manufacturing capacity and extracting natural resources, New Delhi has focused on its core competencies of human resource development, information technology, education, and health care. Without any doubt, China’s drive to build infrastructure throughout the continent has been welcomed. However, mega-scale infrastructure projects will have the desired transformative effects only if they are able to create jobs, generate revenue, attract investments, and contribute to the development of local productive capacities. Yet Chinese firms are often accused of employing mostly Chinese workers and offering little training and skills development for African employees. Some infrastructure projects thus run the risk of turning into economically unviable vanity projects.

This is where India comes in. Unlike China’s efforts, Indian project construction and financing in Africa is aimed at facilitating community participation and development. Indian firms rely more on African talent, and India has some other advantages over China, too. The successes of China’s political-economic model are attractive, but public support for democracy in Africa is high, according to Afrobarometer surveys. India is playing to its strengths by projecting itself as a different model than China. Secondly, India has the added advantage of language and cultural affinity and proximity. While Mandarin is slowly becoming popular among younger generations, English is still far more prevalent across Africa and in India as well. This makes it much easier for Indian contractors and labor to converse with local partners. In addition, the Indian diaspora in Africa, which is over 3 million strong, has been a crucial strategic asset to bridge the gap between the two geographies.

Both India and China have growing stakes in Africa as they seek to align themselves with the continent’s growth story. And they are increasingly competing with each other geopolitically. New Delhi is hoping that its sustained engagement with African nations over the last few years will yield foreign-policy dividends. And for both India and its African partners, if their engagement pays off, it could mean a relationship that is based on a partnership model. With major power fault lines sharpening across the world, India’s growing Africa engagement will perhaps be able to bring more equitable benefits to both partners.