Sean Williams and ‘The Dad Gang’ are changing the… 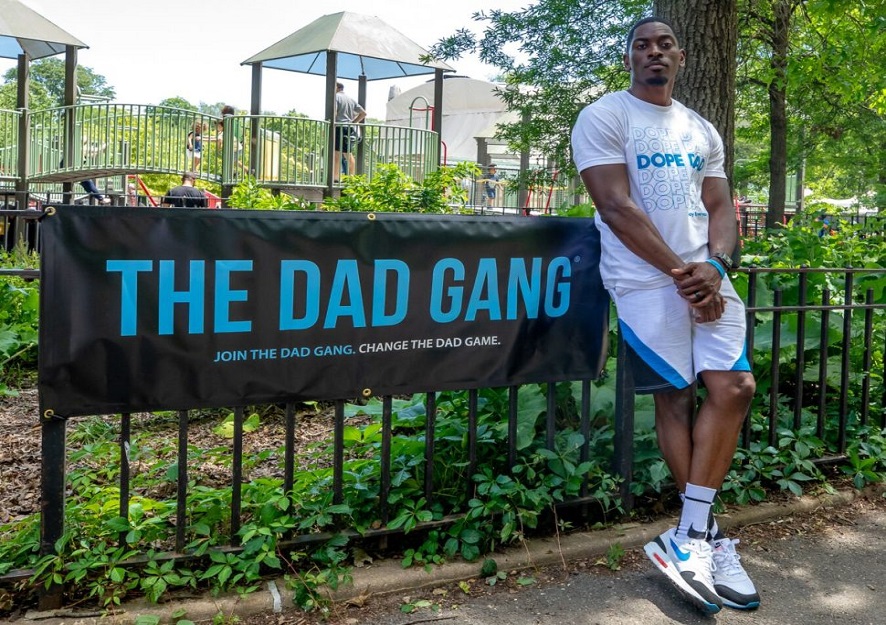 For Father’s Day, a group of dads led by Sean Williams will converge at Brooklyn, New York for The Dad Gang’s second annual March of Dads. Their mission is to “change the negative perception of Black fatherhood.”

Williams started a social media page with the hopes of changing the world’s perspective about Black men being absent dads. He and a group of dads are changing the narrative a day at a time.

Williams was inspired to start The Dad Gang after an encounter with a woman in a grocery store in a predominantly white neighborhood — Farmingville, Long Island — seven years ago. “The woman approached me and said it was so good to see that I stuck around,” Williams said to CBS local. “It was not a compliment … That whole stereotype about Black dads being missing in action and MIA, it’s not normal.”

Black dads are always viewed through stereotypical lenses and the objective of The Dad Gang is to change that. Williams and his group of dad friends have the task of demystifying the image of absentee dads in Black communities. Through their hashtag #dadgoals, Black dads are encouraged to share photos and videos of their time with their children.

According to a 2013 study conducted by the Centers for Disease Control and Prevention, a greater number of Black fathers between the ages of 15 to 44 showed at their children’s activities every day compared to dads of other races.

The Dad Gang, a virtual community, has grown into a physical one. In early 2020, it started a non-profit, “Random Acts of Dadness”, just in time to offer help to fathers who were badly affected by the COVID-19. Williams and his group also host in-person events like Strolling with the Homies which has gained national attention. “I hope we change the world and the way the world views us,” said Williams, a father of three.

The group’s first March of Dads was in Washington DC on Father’s Day. At this year’s event on Sunday, CÎROC VS and Fat Joe will join the ‘woke dad movement‘. The rapper will be giving the opening speech for the march where he will present a check donation from CÎROC VS Fine French Brandy to the Random Acts of Dadness to continue their good works.