South Africa to ramp up COVID-19 vaccinations as opposition… 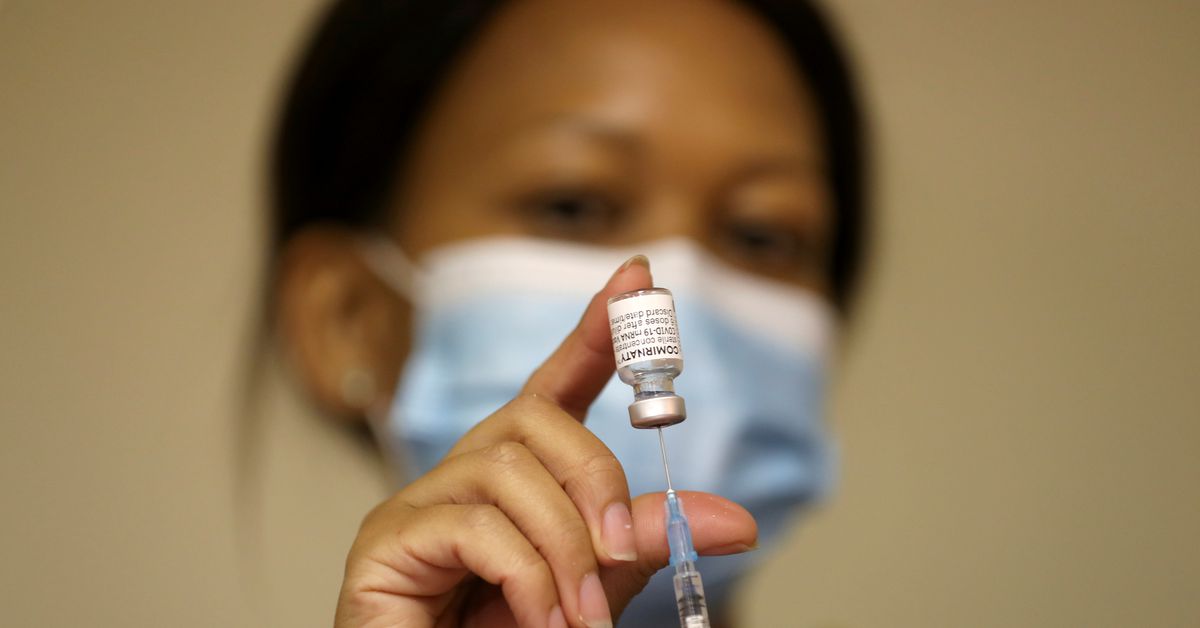 JOHANNESBURG, June 25 (Reuters) – Several thousand supporters of a leftist party demonstrated outside the offices of South Africa’s health regulator on Friday to protest against the slow coronavirus vaccine roll-out in Africa’s worst-hit country.

Their march to the offices defied rules meant to curb a third wave of infections. They demanded that Russian and Chinese vaccines be authorised to speed up the vaccination process.

Officials said that South Africa – which has recorded more than 1.8 million COVID-19 cases and more than 59,000 deaths – aimed to double daily vaccinations in the next month.

Acting health minister Mmamoloko Kubayi-Ngubane said at a news conference that it was irresponsible to hold marches and other large gatherings while infections were surging.

South Africa’s immunisation efforts were set back by the revelation that AstraZeneca’s (AZN.L) vaccine is much less effective against the dominant local coronavirus variant, and the government subsequently found it hard to access supplies from other manufacturers. read more

So far, only 2.5 million vaccinations have been administered using either the one-shot Johnson & Johnson (JNJ.N) (J&J) vaccine or the two-shot Pfizer (PFE.N) alternative, out of a population of 60 million people.

Kubayi-Ngubane said Pfizer had delivered nearly 4.5 million vaccine doses in the second quarter and had committed to provide just over 15.5 million doses in the third quarter.

A further 500,000 J&J doses are expected soon, but the timing is not yet confirmed.

“With this flow of vaccines, we will be able to press ahead with the vaccination of frontline workers sector by sector,” she said.

South Africa has started immunising health workers, those aged over 60 years and education sector employees. From July 15 the over-50s will start getting the vaccine, she said.